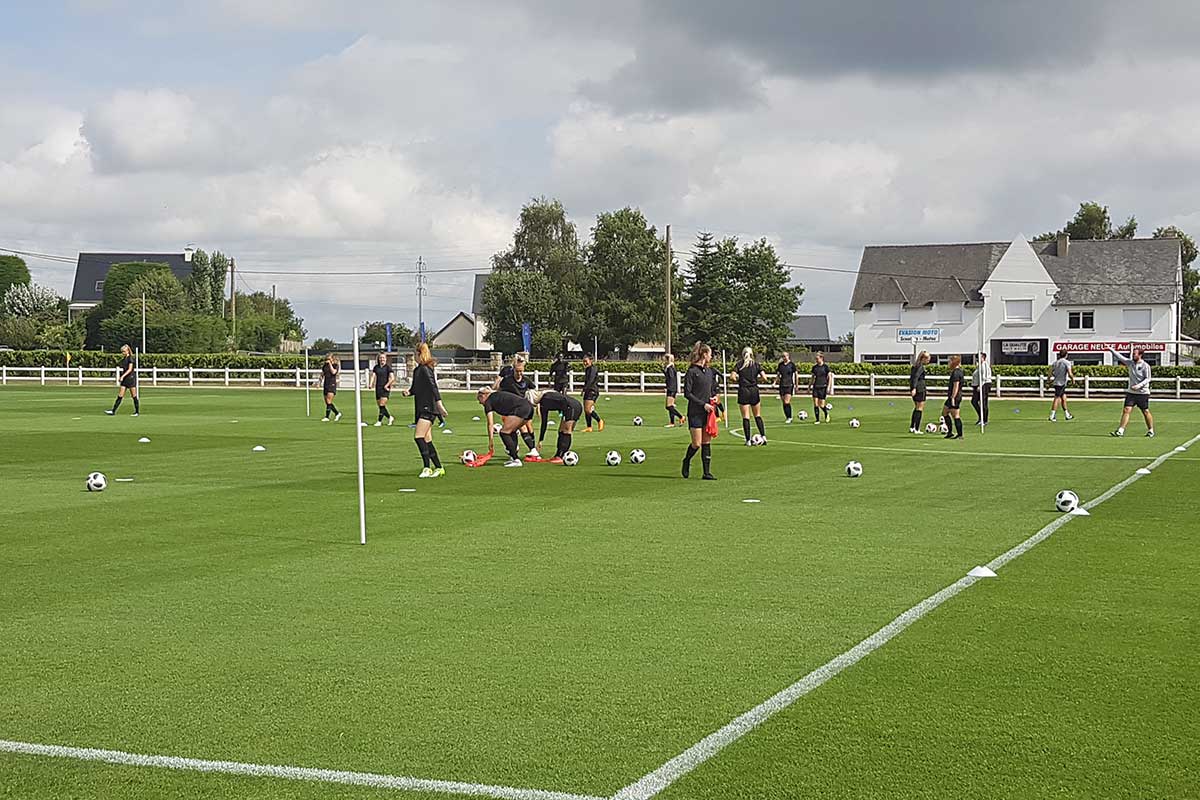 Thursday, July 17, 2014. Long time ago, right? That was the date I covered my first FA Women’s Super League game as Manchester City — in their first season since their rebrand and still playing at their old athletics stadium — beat now defunct Notts County, 1–0. Yep, a lot has changed since.

There was a much more significant league debut that day, though one I wasn’t even aware of, such was my lack of my knowledge and the lack of information about the league eight years ago. It was the day a young teenager named Keira Walsh made her Manchester City debut.

The same Keira Walsh who eight years on was one of the stars of England’s Euro 2022 winning campaign and the player of the match in the final against Germany. Keira is one of the few I’ve not got to know that well over the years. She’s a quiet one, never the first to put her hand up for media duties, but she very much does her talking on the pitch.

I’m not going to lie, it was a real joy watching England’s youngsters take this tournament by storm because they’re the ones I’ve watched progress. You don’t have to be a genius to have predicted that Walsh, along with the likes of Leah Williamson, Ellie Roebuck, Lotte Wubben-Moy, Georgia Stanway, Ella Toone, Lauren Hemp, Chloe Kelly, and Alessia Russo would go on to play for England, it was obvious from day one with the majority.

But to actually see it come to fruition years after predicting it is something special, and the exciting thing for the nation and the Lionesses’ fans is not a single one of them, bar maybe Walsh and Williamson, are at their peaks yet.

I was in the press box when Nick Cushing brought Roebuck on for her senior debut with half an hour to go as Man City closed in on an unbeaten campaign in 2016. It was quite the show of faith by Cushing; either he trusted Roebuck that much or didn’t overly care about gaining the invincibles tag!

I was there when Toone made her Man City debut too, but not Stanway, though I remember interviewing the fresh-faced 17-year-old after she’d scored her first senior hat trick against Sunderland toward the end of 2016. That was the day everyone knew England had a special talent on their hands.

Williamson was someone I predicted to go on and captain England from the day I met her. It’s a good story. In 2015, myself and a few others were asked to produce a magazine by Continental ahead of the World Cup. For one of the features, I was asked to pick five potential stars of the future for England. Three of them I came up with were Williamson, Walsh, and Beth Mead. Not bad, eh?

As part of it, we wanted to feature an interview with one of them and at that point Williamson was the most prominent, having already made her debut for Arsenal a year earlier. It shouldn’t have been an issue, she was very much an unknown back then. But just a month before we were plotting it all out, that penalty happened, and suddenly everyone knew who Leah was.

No matter, a month later, thanks to the FA, I sat down with Leah in a warehouse near Wembley, just miles from where she would go on to lift the trophy seven years later, and from the first second we shook hands she was assured and such a good talker for her age. I posted one quote from that interview on Twitter the day of the final, one that now stands out given what has happened in the seven years since.

“You never want to look back and be the person who could have been.”

I don’t think Leah has to worry about that. I suppose we shouldn’t be shocked this England side showed no fear because none of them have ever appeared that way. Just like Leah, Lotte Wubben-Moy had the same self-confidence when I interviewed her in 2016 at a pre-camp for the Under-17 World Cup in Jordan.

There was only me and one other writer there, but I felt it was important to show an interest in the youth teams, to get to know these players early, and build working relationships with them because at the end of the day, some of them will go on and make the first team and you’ll have that trust other journalists don’t. That camp also involved the likes of Russo, Stanway, Toone, and Roebuck, so it was a good decision!

Unbeknown to the players, the FA had set up a sort of “mock” mixed zone to prepare the players for the future when they would be dragged off the pitch and straight to the media, and Lotte was one of the players chosen. But she was no deer in the headlights; she spoke exactly like someone who would go on to be the instigator of a letter to the future Prime Minister calling for change.

The other reason I was overjoyed to see these players succeed is because I’ve seen the sacrifices their families have made, too. That’s the funny thing about covering youth teams, the coverage these kids get is a new phenomenon not just for them, but their parents too, and at youth games many would come up and introduce themselves.

But I’ll never forget the first England youth game I did, on the 3G indoor pitch at St. George’s Park in 2016. It was against Norway, in January, and I cannot begin to describe how cold it was. Williamson and Walsh were in a midfield pivot together for part of the game, with Williamson wearing the armband. Sound familiar?

I’d met Leah’s mum at the Continental Cup final the year before when Leah had asked for a PDF copy of our interview, so I knew who she was. Her and the family rocked up to the viewing area with fold-out camping chairs, blankets, and a flask, all just to watch their daughter and granddaughter play a friendly. I know over the years that support hasn’t gone unnoticed by the players.

Many flew to Jordan in 2016 at great expense and again to France in 2018 for the U-20 World Cup, where I bumped into Chloe Kelly’s dad and brother on the ferry over to Brittany when I was sent out to cover the tournament. I imagine that long overnight ride across the channel was well worth it when Kelly buried the winner and became a national hero last weekend.

I’ve watched these players play in front of about 10 people at St. George’s Park or Loughborough University, so to see them win a first major tournament in front of 90,000 people at Wembley Stadium was incredible. The majority are best friends too, as you’d expect given they’ve grown up at the same clubs and progressed along the same youth team route for England. I don’t know if she was there, and if she wasn’t I’m sure she was watching at home, but one of the first people I thought of at full-time last week was Mo Marley, who nurtured basically every single player in that squad, certainly those younger ones who have broken in over the past few years.

The fact there is so much more to come from all of them is the most exciting part of it all.