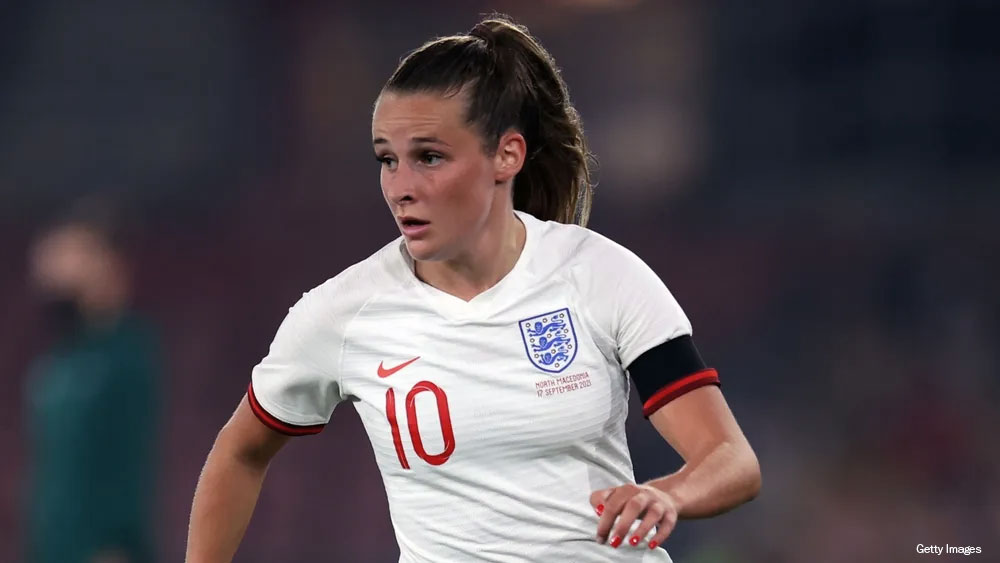 Ella Toone has the expression of someone who still doesn’t quite know what’s hit her, the morning after the night before.

Describing her feelings a night of partying after the Euro 2022 final later as a “whirlwind of emotions,” Toone, like many of her teammates, is yet to come to terms with what they have achieved.

“I remember running up to Alessia and jumping on her. We cried a little, cheered to the fans. It’s been an unbelievable 24 hours and I’m sure the celebrations will continue.

Toone said there was dancing, beers flying everywhere, and a combination of ABBA and Celine Dion in the changing room at Wembley after the match, and the party continued onto the team coach as they headed back to their Lensbury resort, where it didn’t stop.

“The whole bus back to the hotel there was partying. Everyone was everywhere. On the tables, chairs, down the alleyways.

“We had pizza post-match, they treated us with canapé. I didn’t have any. I had a bit of pizza and just Heineken beer.”

Expanding on the celebrations, Toone continued.

“There were balloons, a big cake, dance floor, DJ, band — honestly, everything. Everyone was on the dance floor. The whole dance floor you couldn’t see it, it was so slippy everywhere.”

Toone also admitted she’d had almost no sleep and couldn’t stomach much breakfast after a night on the dance floor, but became a little more circumspect when discussing finally getting to see her family after the game, with the squad kept in a tight bubble during the tournament, as well as finally being exposed to the euphoria that has gripped the nation over the past four weeks.

“It felt unreal. They’ve been on this journey with us and it’s hard, we haven’t been able to celebrate with them after games, so it was worth the wait for that hug after the final whistle.

“It’s crazy. Now we’ve seen what the whole outside world has been saying. We’re not in our own little bubble anymore, we’re off on our own paths now and I’m just over the moon.”

Swiftly back to the topic of alcohol, Toone joked head coach Sarina Wiegman would have “felt better had she had one,” when asked if the double title winner took part in the beer drinking, before going off on a tangent that involved holidays, eyelashes, and nails.

“I’m off to Ibiza tomorrow, get home, get my lashes done. I’m going for a week, I don’t know what day it is.

“Got them [lashes] done, and they fell out, now I’m at the final with no lashes, it’s a nightmare. I’m actually really gutted. My nails have come off.”

Toone again though switches seamlessly between the unserious and the serious when asked about targets moving forward and admitted it was a “proud” feeling to have scored in the final.

“We always want more. That’s the problem with us. We’ve wanted this and we’ve been waiting a long, long time for this and now we’ve got it, we want more.

“We want to go to the World Cup and do exactly what we’ve just done.”

Toone couldn’t resist one more quirk when talking about her pre-match superstitions, admitting she always makes Rachel Daly put her GPS into her sports bra and always has bagel, eggs and beans for breakfast, before ending on a serious note regarding the impact the tournament can have.

“That’s what we set out to do in this tournament, make the nation proud, fight for women and get young girls involved as well and I think we’ve done that for every single woman in the world.”