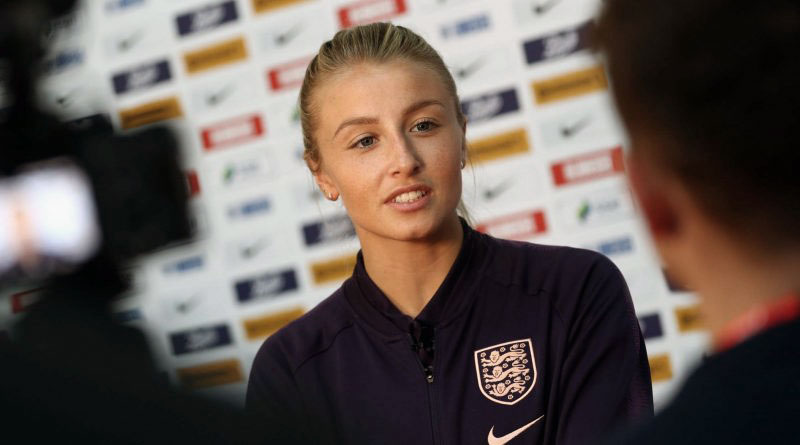 Three times over from England captain Leah Williamson in the hours after lifting the Euro 2022 trophy in front of 87,000 of her own fans at Wembley Stadium.

Speaking to the media for the first time since becoming the first woman to achieve such a feat, Williamson had already used her new standing within women’s football to try and push the game forward live on BBC One instead of just celebrating her and her team’s achievements.

Williamson, though, said she doesn’t feel like a pioneer, but knows the game has changed in England forever.

“I feel like I can see…,” she begans, before pausing, “When I was on that pitch, something just happened. That was a moment and everybody that was here today will remember that for the rest of their lives.”

Williamson is just the second senior England captain to lift a major trophy, male or female, after Sir Bobby Moore in 1966, a comparison she’s not quite ready to get used to just yet.

“Pfffff, he’s a legend isn’t he? I didn’t know we were the same age at the point we had done this. Hey, he’s got the World Cup, he’s one up on me, right?”

Williamson has always admitted being the captain hasn’t changed her, and in turn, she hasn’t changed in her approach to football both on and off the pitch.

Post-match, though, she did admit she feels “responsible,” whether it is going well or going badly.

“If things go well, it sounds great doesn’t it?” she said. “But if things had gone wrong, I would feel responsible. Because I feel like I’m… I don’t know, I have a responsibility. That’s all I know. I have that role.

Williamson used that privilege to bring two of England’s most experienced players into the trophy lift, Jill Scott and Ellen White. Both have experienced more heartache than most with the Lionesses over the past decade or so, and Williamson believed it was an important to send a message to them.

“Jill Scott is the people’s champion,” said the captain. “Ellen White, with her career in certain moments and how close she’s come. That’s what we are as a team, those two people are just as important as anybody, but I think they’re those that when they lifted that trophy today they deserve it the most. Because of what they’ve done for the women’s game, how they’ve been through the change. To stand up as European Champions, I wanted them to take that moment in as well.”

Williamson was vocal in the buildup to the tournament about the potential to not just change women’s football, but their perception in society, and to offer hope to a new generation of young girls.

When asked again about the impact this could have with the knowledge football had indeed come home, Williamson said the true ripple effect won’t be seen or realized for some time.

We were talking about this. You won’t see the impact of this tournament [immediately]. Think about the pool of players that is going to widen. Think about what it would have taken to get these 23 players here and think about the opportunity that’s now there.

“The room for development is incredible. The room to diversify the women’s game. With all of those things now, there’s no excuses for anybody. Everybody should be putting everything in place to make sure we get as many young kids that are talented into an England shirt as we can.”