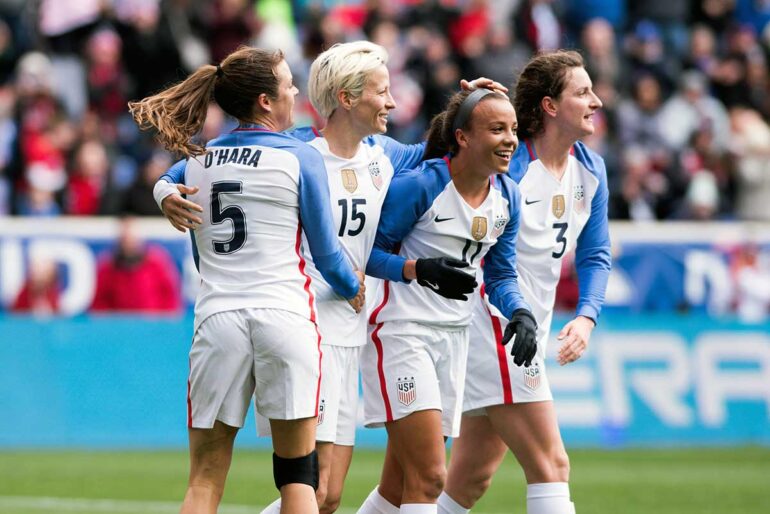 The U.S. Women’s National Team begins its campaign to qualify for the Tokyo 2020 Olympics on Tuesday, January 28, against Haiti at 8:30 pm ET, and the broadcast schedule has been finally announced.

FOX Sports and Concacaf have agreed to a three-year English deal that includes the rights to broadcast the men’s Olympic qualifying tournament in March, the 2021 and 2023 Gold Cups, and the 2020–2022 Concacaf Champions League.

The USWNT is coming off back-to-back World Cup titles (2015 and 2019) and Canada’s Christine Sinclair will most likely break Abby Wambach’s all-time goal-scoring record during the tournament, so it’s really great that the broadcast details were so last-minute. Yes, there is more than a tinge of snarkiness in that preceding sentence. Presumably, Concacaf bundled the rights to the women’s tournament with three men’s tournaments so scheduling was delayed while contracts were worked out. Still, Concacaf Olympic qualifying happens every four years, so there was some lead-in time — a couple of years — to nail down broadcast deals.

FOX will air or stream all games for viewers in the United States.