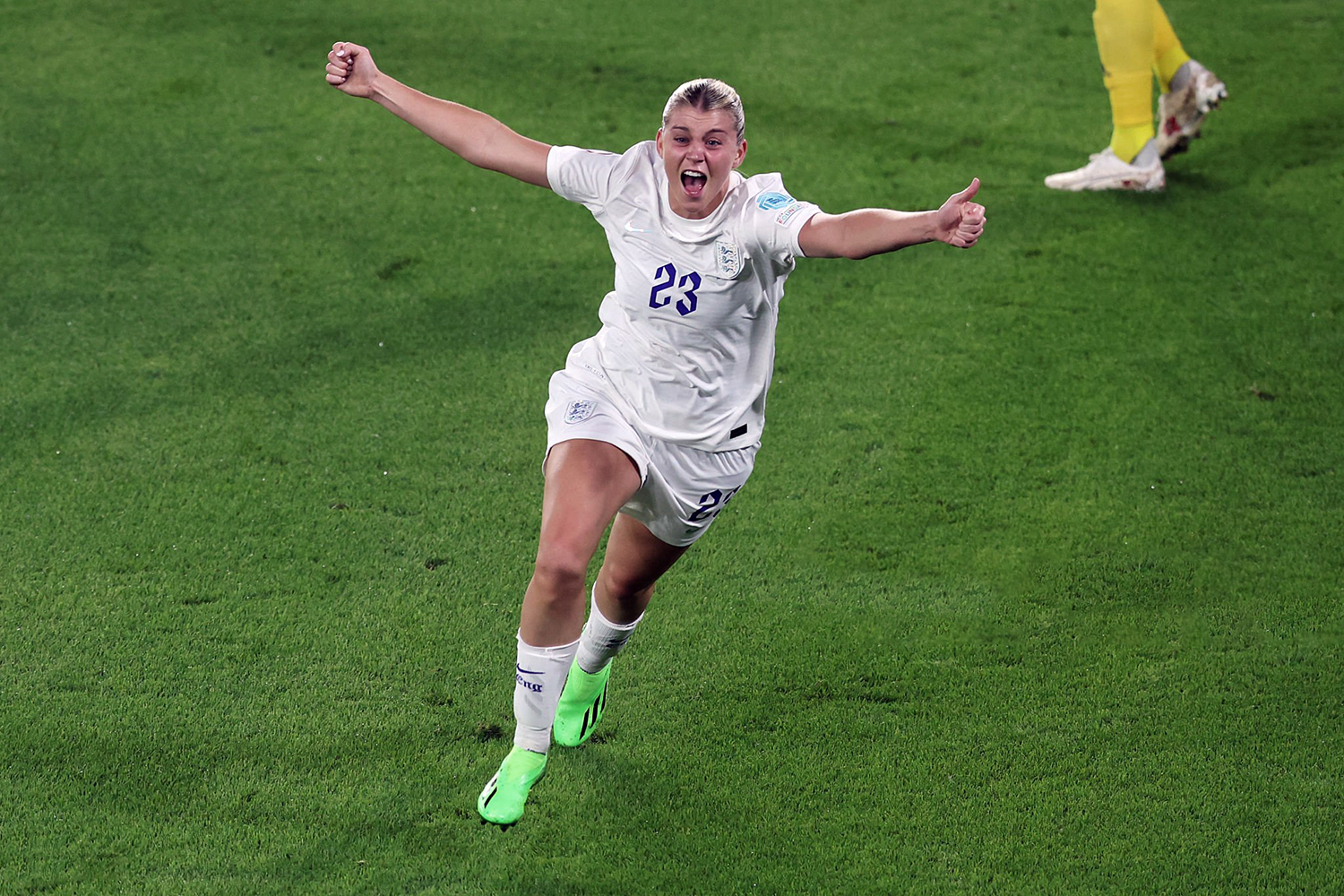 Alessia Russo is fast becoming one of the all-time great super subs, especially in the history of the European Championships.

The 23-year-old is the joint-second top scorer in the tournament so far, behind only England teammate Beth Mead, with all four of the Manchester United forward’s goals coming from the bench.

It’s been like clockwork. Around the hour mark of every game, Russo has replaced Ellen White, scoring in three of her last four appearances and providing the assist for Ella Toone’s crucial equalizer against Spain.

Such is Russo’s form at the minute, you’d be forgiven for thinking she purposefully ensured Hedvig Lindahl saved her first effort, which she should have scored, just so she could impudently backheel the ball between the keeper’s legs.

Great goals need great occasions, and Russo couldn’t have picked a better one in her career so far, it may even be Puskás Award worthy, but like every England player has done all tournament, she wasn’t getting carried away and kept her feet firmly on the ground post-match.

“To be honest, I missed the first one and we’d actually been working on cut backs in training the other day,” she said.

“Once it fell back to me I thought ‘What’s the quickest route for me to get this ball in the back of the net?’ Because I should have scored in the first place, so I just swung a foot at it and luckily it hit the back of the net.”

Russo is no stranger to a good goal, but we’ve become more used to seeing her use her power to smash strikes home from range, rather than the nuanced skill on show at Bramall Lane, a goal perhaps more akin to a Fran Kirby or even a Beth Mead, but it shows where Russo’s confidence and mindset is right now.

The goal brought reaction from around the world, including Women’s Super League rival Sam Kerr, while USA legend Abby Wambach also shared her praise for the goal on social media.

Questioned about whether it was the best of her career, Russo said, “I think so. Yeah, of course, to score in a semifinal and progress to the final is a huge highlight of my career. I don’t normally score backheels and I don’t think you’ll see one again, I’ll take it for now!”

While there are calls for Russo to start more and more after every game and every impact, it appears unlikely head coach Sarina Wiegman will change things now after sticking with the same starting eleven in all five games so far.

Many may believe Russo’s form deserves a starting berth, but with every impact off the bench it will only serve Wiegman’s believe that is her best and most dangerous role for the time being, and for a coach who admires consistency so much, it would be a big call to deviate away from that in the biggest game of all.

Russo doesn’t mind too much either, as long as she’s getting her chances in a Lionesses shirt.

“I think if that’s the role, I’ll take it for sure,” she said. “Ellen does a great job at wearing everyone out, as does the whole team. We’re up there in terms of physicality right now. Whenever the chance is there, I’ll take it.

“I’ll take any time I get to play for England. It’s been amazing and I’m loving playing for the Three Lions and with everyone else.”

When asked if the attempt to even try the backheel sums up where her confidence is at right now, Russo admitted she is loving every minute of what she’s going through right now.

“I’m loving it, so that helps with confidence. I think when you’re enjoying your football, you play your best. Maybe it does show confidence, but I’m just loving playing football.”

Either France or eight-time champions Germany await England in what will be a tough final at Wembley either way, but the confidence is there for all to see, not just in Russo, but in the whole squad.

As the whole squad and staff danced up and down in the team huddle post-match on the Bramall Lane pitch late into the night, Russo said the whole team deserved praise for an all-round great performance.

“It was a great result, we fought right down to the end. We knew Sweden were going to be great and they were. We had to be switched on from the first minute and Mary and the back four were amazing, as they have been this whole tournament, and that really set the tone going forward.”