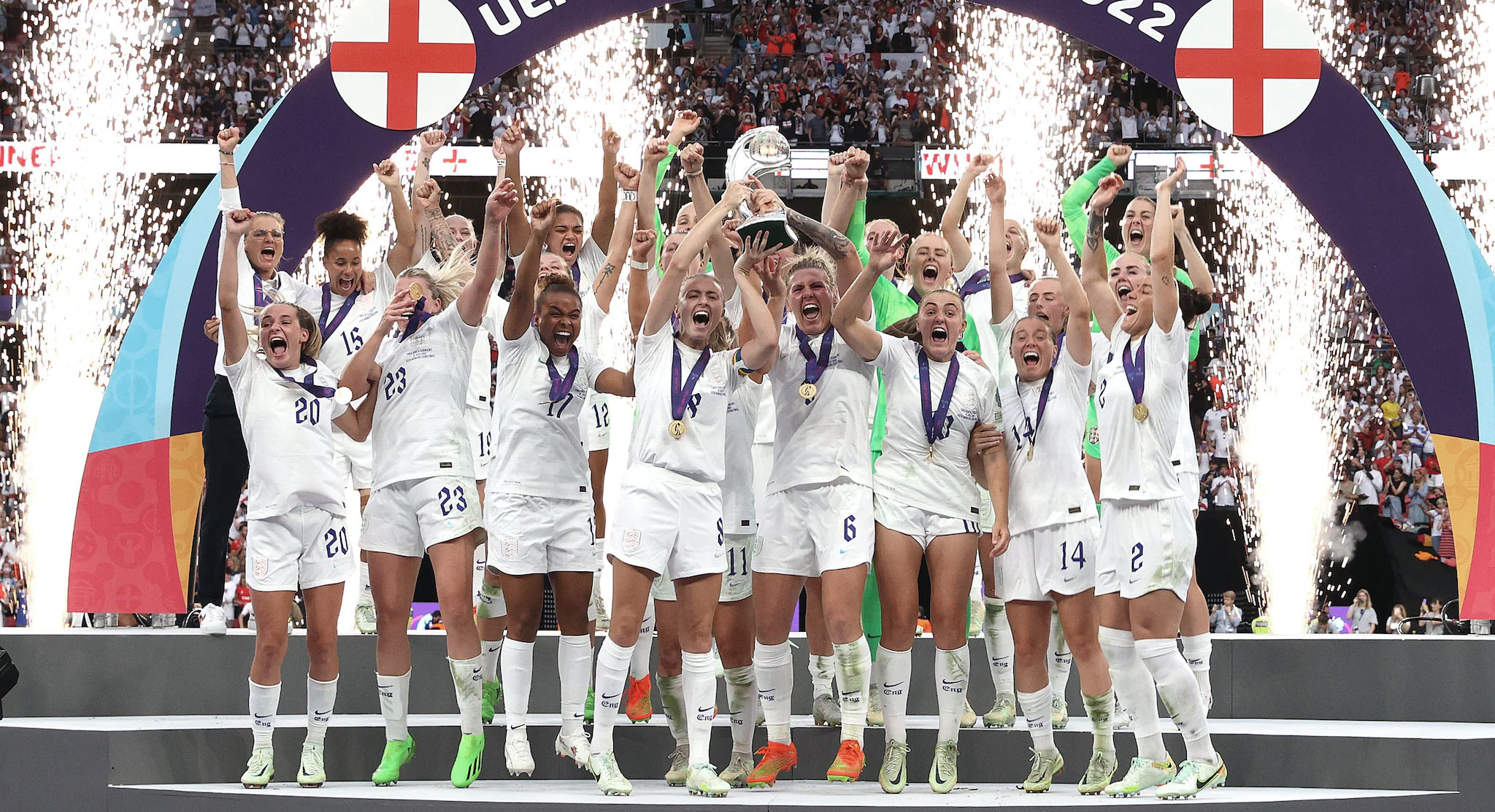 “It” is a funny term when it comes to what the impact of what unfolded over 120 nail-biting minutes at Wembley will be.

In the context of the now famous saying, “it” refers simply to football, but for the Lionesses and for the women’s game, “it” means so much more.

Football didn’t just come home. Football — women’s football — has arrived. Record crowds, record TV viewers, a nation gripped like never before. This win, to end years of heartache, was primarily for the 23 players and many members of staff behind the scenes who have worked tirelessly — some for the past year, some for much longer -— to make this dream a reality.

“It” refers to so much and to so many. It was for all those who came before, it was for those who were banned for 50 years, banned from playing the last time this country won a major senior trophy in 1966. It was for those who brought it back from the dead, for Patricia Gregory and Arthur Hobbs, among the founding members of the Women’s Football Association.

It was for the so many who represented the white shirt over the decades, many of whom were inside Wembley, many of whom had tears rolling from their eyes.

It was for Hope Powell, Eni Aluko, Karen Carney, Katie Chapman, Pauline Cope, Gill Coultard, Kerry Davis, Sylvia Gore, Steph Houghton, Sue Lopez, Mo Marley, Mary Phillip, Alex Scott, Kelly Smith, Casey Stoney, Carol Thomas, and the many, many, many others to don the Three Lions. The list could and should go on.

It was for Faye White hitting the crossbar, for Laura Bassett’s own goal, for Houghton’s missed penalty. It was for the 2–6.

It was for those behind the scenes over the years who sacrificed their time for little in return. For Bev Ward, Alex Stone, Rachel Pavlou, Kelly Simmons and co, for the media who believed from the start. Tony Leighton, Kieran Theivam, Jen O’Neill (who was weepy in the press box), and for Jo Currie, who got the interview of a lifetime pitchside, the first to speak to double European Championship winner Sarina Wiegman at fulltime.

But in the moment, on Sunday 31st July, at 7:33 p.m., it was for the Lionesses, most of whom sank to their knees. Many cried, many hugged, many dared to believe it was real.

It was for Lucy Bronzes who had to work shifts at Domino’s, for Beth England who had to work in a local chip shop, for Rachel Daly who at 16 was told she would never play for England, for the Jill Scott who had to take packed lunches to training, for Nikita Parris who had to start her own local girls’ team just to be able to play.

It was for the record 87,192 crowd inside Wembley and the millions more watching at home. It was for the 100,000-plus children who have attended games around the country, who now can firmly believe they can do the same. It was for the women who were told they couldn’t.

Yes, England needed to learn how to win and there would have been more scrutiny, more analysis, more criticism and more “What ifs” and “Whys” if they hadn’t, but this England team did.

Why? Because they have a serial winner at the helm, who as usual remained the calmest head in the house throughout. A woman who is now a back-to-back European Champion, who has raised the bar for women’s football in England. They have Sarina Wiegman.

It was her super subs who did the job again, with Ella Toone engaging in the moment of her life, keeping her composure well beyond the years she holds to lob Merhle Frohms just minutes after coming onto the pitch.

Then it was left to Chloe Kelly to leave us with the iconic image of the tournament, her Brandi Chastain impersonation. As she scrambled home a corner with less than 10 minutes to go of extra time, she sprinted away, first in confusion, then the shirt came off, then came the booking, but she didn’t care. Chloe Kelly was England’s hero.

Not for the first time, the Lionesses rode their luck. There was an incredible goalmouth scramble in the first half, there was Lina Magull smashing one off the post in the second, there was the almost unthinkable news just five minutes before kickoff that joint top scorer Alex Popp was out of the match with a muscle injury sustained in the warm-up.

It has felt all tournament, even among fabulous performances, that everything has been going England’s way, and maybe it did, but for those who have experienced the heartbreaks of the past, the fine margins, the “If onlys,” it was about time.

As captain Leah Williamson, 10 years to the day she was in the same stands as a young teenager watching Team GB take on Brazil in the 2012 Olympics, lifted the trophy in a sight many pictured, many yearned for, were desperate for, but dared to believe they would see, there was an echo of what Williamson had said 24 hours previous in the pre-match press conference as Wembley once again erupted into an emotionally broken euphoria.

This is not the end of the journey, but the start of one.