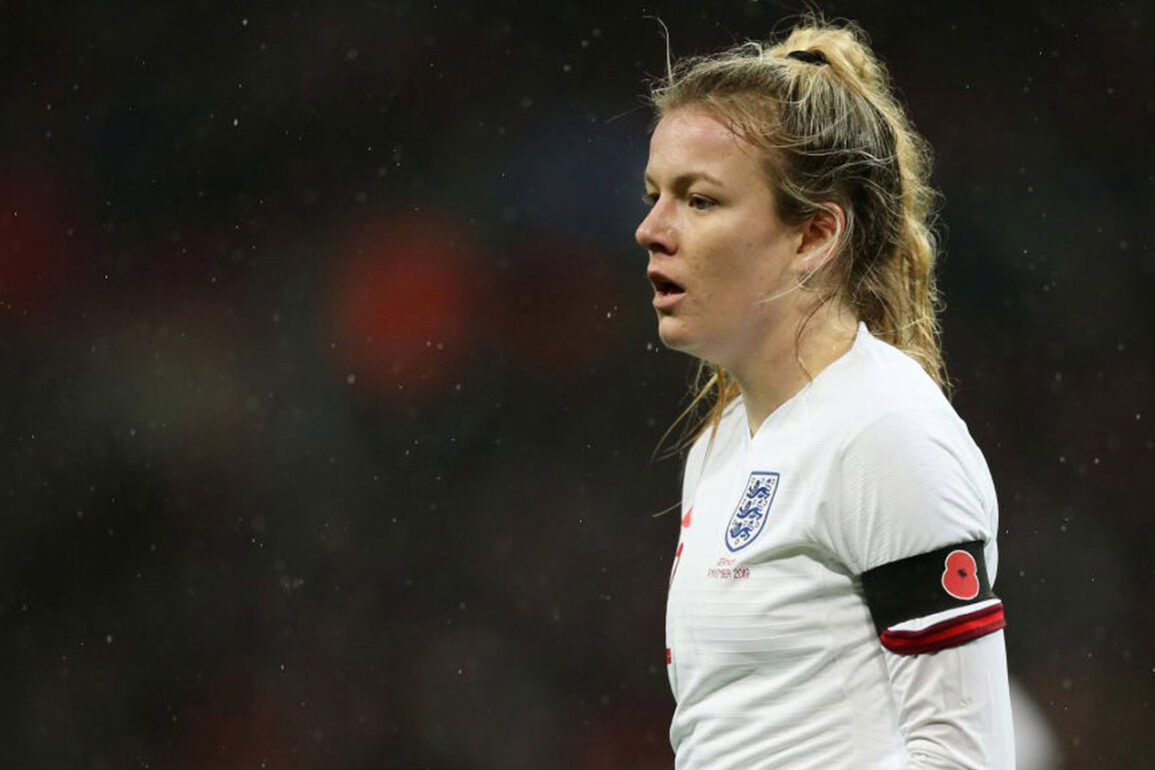 Lauren Hemp has, to the surprise of almost nobody, become one of the stars of the England team despite being 21 years old.

The Manchester City winger has all but locked down the left-wing spot in the Lionesses side with her pace, skill, and ability to beat even the best full backs with a certain amount of ease well beyond her years.

Hemp scored her first goals, four of them in fact, for England against Latvia at the back end of last year and it would be a shock if she’s not a key player for Sarina Wiegman’s side in the summer’s European Championships — as well as much further into the future.

Sunday will be somewhat of a homecoming for a player who starred for Bristol City before taking the step up to Manchester City in 2018 while still very much a teenager, but it is Norwich Hemp calls home, the city hosting England’s game against Spain in the Arnold Clark Cup.

Born in North Walsham, just 15 miles from Norwich city center, Hemp spent the best part of seven years playing for the club’s academy before swapping east for west when she joined Bristol in 2015, and it will be a special moment for Hemp and her family, especially sister Amy who also played for Norwich, should she grace Carrow Road on Sunday afternoon.

Chief Executive Officer of the Norwich City foundation, Ian Thornton, was technical director of the girls’ centre of excellence when Hemp was at the club and was one of several people who played a role in her development, which has now led her returning to her home city as a senior England international.

Norwich was one of the first clubs to gain a license to run such a program in 1998 and has also produced players such as Hemp’s former Bristol City teammates Aimee Palmer and Flo Allen.

“We had a really small pool of players to support and work with, so we always knew the player-pathway model designed would take some time to develop players to fit the FA objectives,” said Thornton.

“Pleasingly, both Lauren and her sister engaged in community programs through NF Foundation sessions ran and joined the centre of excellence we were running. Amy was also a talented player but struggled with knee injuries in her later years with us.”

Hemp was only eight years old when she initially joined the club after playing for a youth side in her home town up the road, but it was clear to Thornton and the rest of Hemp’s coaches that she was going to be a talented player.

“Lauren was a clear talent on the pitch from an early age,” he recalled. “She had a real passion for the game, she was very quiet but very coachable. She pretty much played the position she does now and that’s where she felt most comfortable.

“She really benefited and thrived from the program we delivered for all the players both on and off the pitch.”

Hemp also played cricket, but football was her calling, with support from her parents coming naturally with both their daughters doing well on the pitch, and Amy joining shortly after Lauren.

The Football Association has always put a large emphasis on developing young players around the country and Thornton believes the program they created for players tested them without going over the top for their age. He believes the program put Hemp in a good position for when she made the move to Bristol in 2016.

“We were always comfortable the environments we had created would improve Lauren both technically and tactically over a period of time.

“Physically, she was always small, but in the long-term it was always going to benefit her from learning these challenges at a young age. Psychologically, she was tested both on and off the pitch. She would miss a lot of chances so had to learn about disappointment and in training she was always keen to practice her finishing.”

With Hemp and other talented young players on the right track, both players and staff were dealt a blow when the FA remodeled their funding support in the east and withdrew the club’s license to run a centre of excellence.

“Development of a proper program and pathway takes a minimum of 10 years to see some effect,” said Thornton. “The FA judged our funding on the number of players in the England teams at the time. Naturally, we didn’t have many as we were in the growing and developing phase of the strategy.”

Hemp, along with the likes of Palmer and Allen, all had their “dreams shattered” as Thornton puts it, adding the “alternative support offered by the FA just wasn’t good enough,” and all three went to play boys football before moving away from the area as Norwich’s local programs weren’t developed to the level these players needed.

When Hemp took the major life step to move across the country to Bristol City in 2016, it was the first time she had moved away from home, away from her parents, away from her sister, but that was also something Thornton and the club had worked with her and her family on to make sure she was as prepared as possible for what came next.

“The biggest piece of advice I remember giving her parents on the side of the pitch during a game once was to get her to practice staying away from home more often,” he recalled.

“The purpose being if she was to be called up to an England camp, this was the only bit that worried us. Naturally, she addressed it and was ready to move away from home at an early age, which was probably the most tough, yet best thing she ever did. The program at Bristol took her to another level, which in turn attracted Man City and the rest are seeing now. To be fair, what she has achieved is amazing.”

If Hemp walks out at Carrow Road on Sunday, Thornton admits it will be a “proud” moment and a “major positive” from every young footballer in the Norfolk area.

Women’s football in the east is still behind other parts of the country, but Norwich City this week confirmed their women’s team has now been taken in-house, while Ipswich Town are currently chasing promotion to the FA Women’s Championship.

“Our role at the foundation is to inspire people in our community. Lauren will certainly be doing that if she runs out at Carrow Road with an England shirt on.”

It will be a proud moment too for Hemp’s family. The club has invited her mum, dad, sister Amy and nan Martha to the game as their special guests and they will be hosted by her former coach Thornton, who will also be taking 100 girls who will be attending a taster program for the club in the morning and then attending the game in the afternoon, all of whom will be hoping to see the girl they aspire to follow star on their local stage.