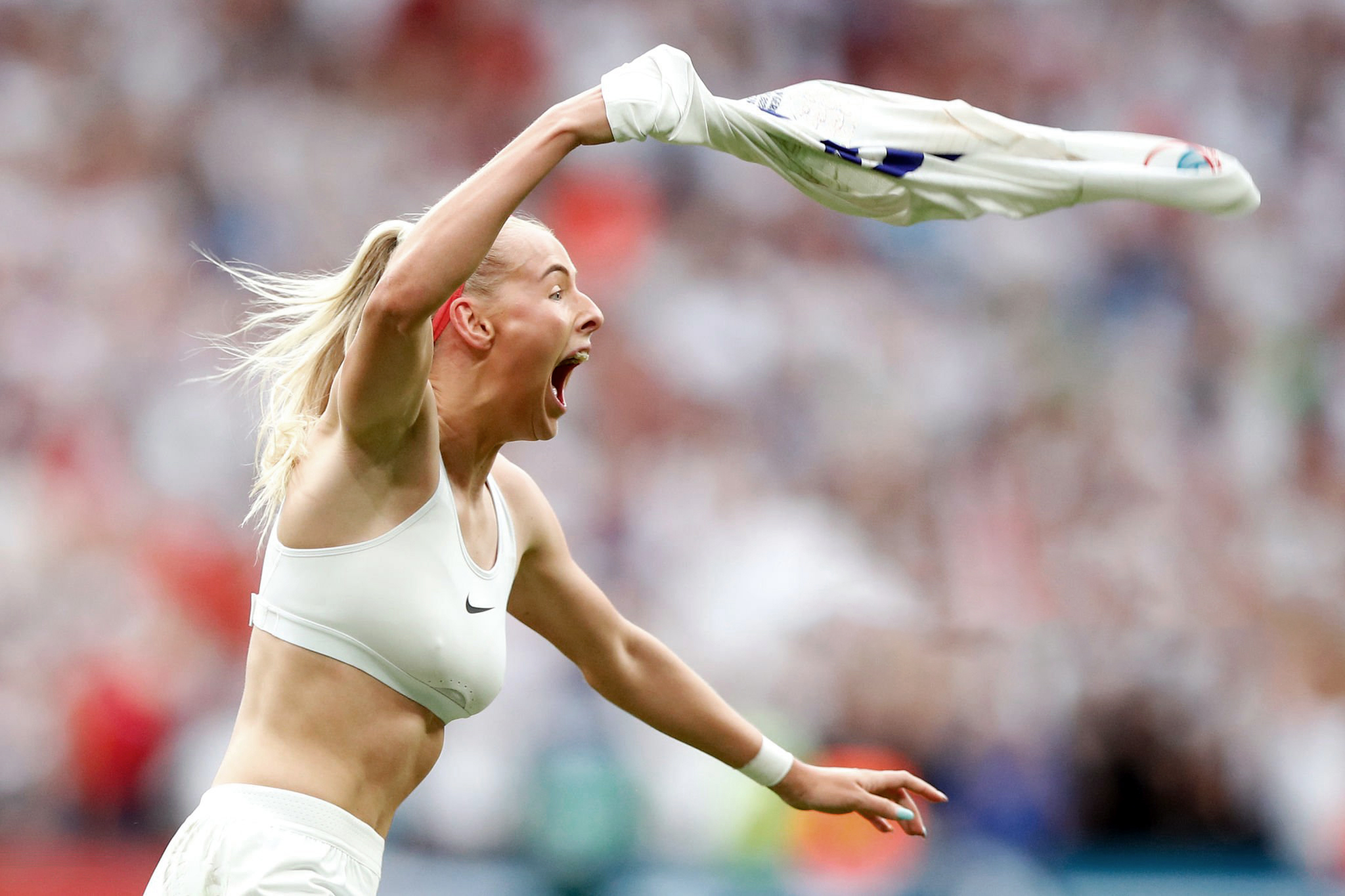 Match winner Chloe Kelly said it was an “unbelievable” feeling to score the goal that sealed a first major trophy for the Lionesses against Germany on Sunday evening.

After Lina Magull’s equalizer sent the game to extra time in front of a record-breaking crowd of 87,192 at Wembley, Kelly was in the right place at the right time to bundle home her first England goal with just 10 minutes of the match remaining.

Kelly missed almost the whole of last season with an ACL injury, which made the feeling all the more special.

“It just shows that an ACL doesn’t define someone’s career,” said Kelly. “I’m enjoying every moment of being here, I’ve said that from the start of the tournament that I would enjoy every minute and that’s what I’ve done.

“Just embrace it. I said to my family before the game, just embrace every moment because you don’t know when we’ll get these moments again. Just enjoy it, and that’s exactly what we’ve done.”

Kelly brought back the memories of USA legend Brandi Chastain by whipping her shirt off, sprinting across the pitch to the bench, in scenes reminiscent of 1999 when Chastain also took her shirt off after scoring the winning penalty for the U.S. in a World Cup final.

The Manchester City winger admitted it wasn’t preplanned, but joked “it was alright, wasn’t it?” in what is the biggest moment of her career so far.

“Yeah, I just went mental. Honestly, I didn’t know what to do. But I think it was an amazing celebration because what a tournament it’s been.”

Chastain took to social media almost immediately after the goal to joke that Kelly would never have to buy another drink again, although when asked about the tweet, Kelly admitted she “doesn’t drink,” but did admit it was an extra special feeling to score at Wembley as someone who was born and bred in London.

“Extra special,” she smiled. “I used to get the bus up to Wembley just to buy a program. Unbelievable growing up in Ealing, then to come back to Wembley and score the winner, it’s unbelievable. I’m just so proud of this team and proud to share this moment with my family as well.”

Kelly was in the stands at Wembley in 2014 when her beloved QPR won the playoff to the Premier League with a last-gasp strike from Bobby Zamora, and Kelly admitted she told her family there would be another moment like it tonight, but didn’t go as far to admit she ever believed it would be her.

“I was on crutches here that day watching Bobby Zamora score that winner and I said to my family this morning, ‘There’s going to be a Bobby Zamora moment today,’ and there was! You ‘Rs!”

Like Alessia Russo and Ella Toone, Kelly has taken on the role of impact sub in this tournament, often for either Beth Mead or Lauren Hemp on the wings, but had yet to find the net.

In fact, after having her first England senior goal taken off her against Belgium in one of the warm-up games, her winning goal was her first for the Lionesses, but she doesn’t believe she felt any extra pressure coming on as a substitute.

“I don’t feel the pressure, honestly. Since my injury, I don’t think anything scares me, I just embrace every moment and enjoy every minute because you don’t know when that can be taken away from you.

“So no pressure, embrace everything, and coming onto the pitch the idea was to help the team. I needed a gel when I came on because of the adrenaline and everything, but an unbelievable group of girls and I am so proud to share it with them.”

Kelly laughed she “didn’t know what to do” when the fulltime whistle went, as cameras caught her crouching down on the Wembley grass, hand over her mouth, slowly trying to take in the magnitude of what had happened.

“It wasn’t until I saw my mum I started crying because she was so emotional,” she admitted. “But look up to heaven, all the people who supported me throughout my career and yeah, it’s special.

“The injury was the lowest of the lows, but it just goes to show you don’t know what’s around the corner. And it was this. I was just saying to Lucy, we shared our rehab together, we pushed each other through that. To share this moment with Luce, I’m so happy that she helped me throughout my rehab and I’m very grateful.”