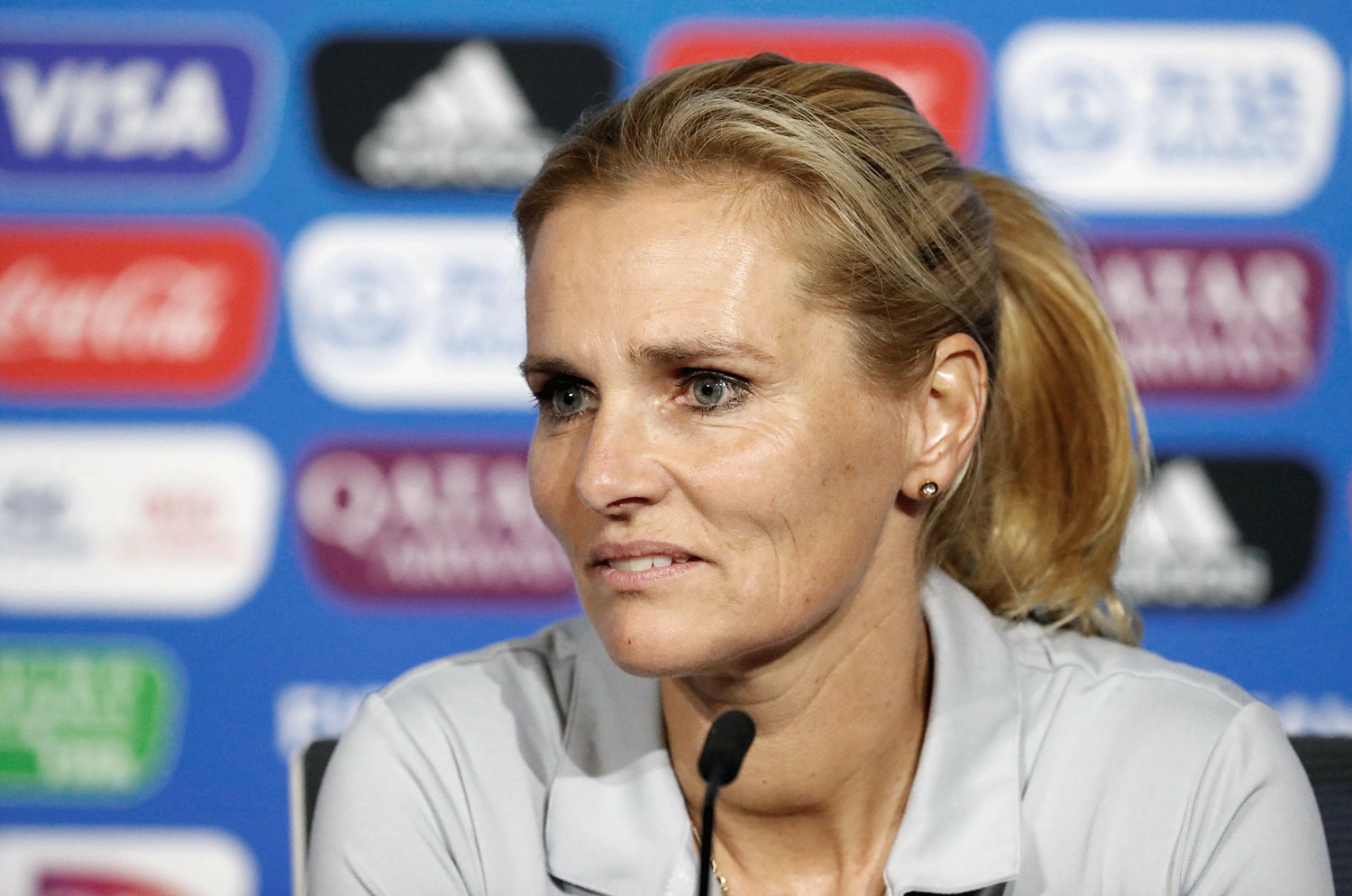 Sarina Wiegman on England’s Euro 2022 Success and the Future

England head coach Sarina Wiegman said what the Lionesses have done is “really incredible” after goals from Ella Toone and Chloe Kelly, either side of Lina Magull’s equalizer, saw Wiegman’s side win their first major tournament in front of a record Wembley crowd.

On a nervy, pulsating, and tense evening in front of just over 87,192 supporters, it finally came home, with Wiegman retaining the title she won five years ago with her home nation.

“I’ve already lost my voice a little bit,” said Wiegman in her post-match press conference. “I don’t think I’ve really realized what we’ve done because I’ve not followed everything, but we know all of England is behind us. We have had so much support from our fans and I’m so proud of the team, the players, and the staff. I will need a couple of days to realize what we have done.”

Wiegman was hired for her winning mentality and indeed, her winning record. Having led the Netherlands to the Euro 2017 title and the 2019 World Cup final, she was the one chosen to bring glory to England, but even the FA would have scarcely believed she would do it within a year at their home tournament.

“When I took the job, you hope one thing, but we knew there was quality and such big potential in this country. You hope things will work out. That was one of my personal challenges, to bring people together from another country and it worked out. It’s something you dream of and hope for.”

As expected, Germany offered a stern test and at times had the better of the game. Despite losing Alex Popp in the warm-up, England survived a goalmouth scramble (and a potential penalty), as well as Magull hitting the post, and Wiegman praised both sides for what was a blood and thunder encounter.

“It was two teams who really wanted to win the game and that’s what made it so tight. Their togetherness was really strong too, so we had a hard time to play our game, but at the end we were really eager to score a goal.

“We have shown the quality of this team and the depth too. I’m not sure if that’s the reason, but we scored a goal.”

Once again, Wiegman struck gold with her substitutions. It wasn’t Alessia Russo on this occasion, who worked hard but struggled to make an impact, but Ella Toone, and then Chloe Kelly, who scored a scrappy tap-in from a corner for what was her first England goal, to win it.

A player who, if this tournament had gone ahead as planned 12 months ago, would not have been involved, missing most of the 2021–2022 season with an ACL injury.

Wiegman was full of praise for the Manchester City winger and the impact she has had, even in such a short space of time working with her.

“She can do so well because of our team — how well we appreciate each other — that’s what makes this really strong.

“I had seen her play before she got injured and you saw she needed more rhythm for City, but she was doing well already. She had such a difficult injury, then she makes it into the squad. She really impressed in training and then she scores this goal for her and her journey it is really incredible. I’m happy for every player – each one has their own journey – but this is a very special moment and I’m happy for her.”

While not looking too far ahead, even though another international break is only a month away, Wiegman is not stupid enough to not know England now have a target on their back ahead of the World Cup next year.

There will also be increased expectation, increased scrutiny on a team that will enter the World Cup as European champions, and the next Euros in 2025 as defending champions, and Wiegman believes the quality around Europe will continue to rise.

“Now we won the Euros, the expectation will go up again,” she said. “First, we will party! We are really proud. The development of this game has gone so fast, so many countries could win this tournament. We have all seen that.

“It’s not easy to win this tournament and next year that will be the same too. The top countries develop, but so do those just under the top too. It is getting closer and closer, but now it is time to party, then hopefully some time off.”

On what things will look like moving forward, Wiegman added: “I don’t know. We’ll see, I think it will all change, we know. When you win a Euros, things change. We have to be aware of that. It will also change because of what Leah Williamson said very nicely yesterday — that it will change society. That is what we want. Our job is to do as good as possible, but through football you can make amazing changes in society and that is what we hope for.”

Wiegman was also well aware of the impact so many people who had gone before both her and her team have had to put the English game in a position to succeed.

With many former players dotted around Wembley, either as fans, pundits, presenters, or commentators, the double European champion spared a thought for the trailblazers who stood before them, and what impact it can have for the next generation to see the Lionesses finally win.

“We are here because there is a fundamental here. During our preparation for the Euros we brought in some players who played in 1971. Those women are the trailblazers for the next generation. We should always remember the ones who went before us because they really made a path for us.

“This team makes a path for the next generation, never forget where you come from. We know it will change for the team from this moment, but never forget the generation before. There was building and building to develop the competition here. I came to a team where there was quality and stability as a foundation. I would like to thank everyone who has been involved in these periods.”