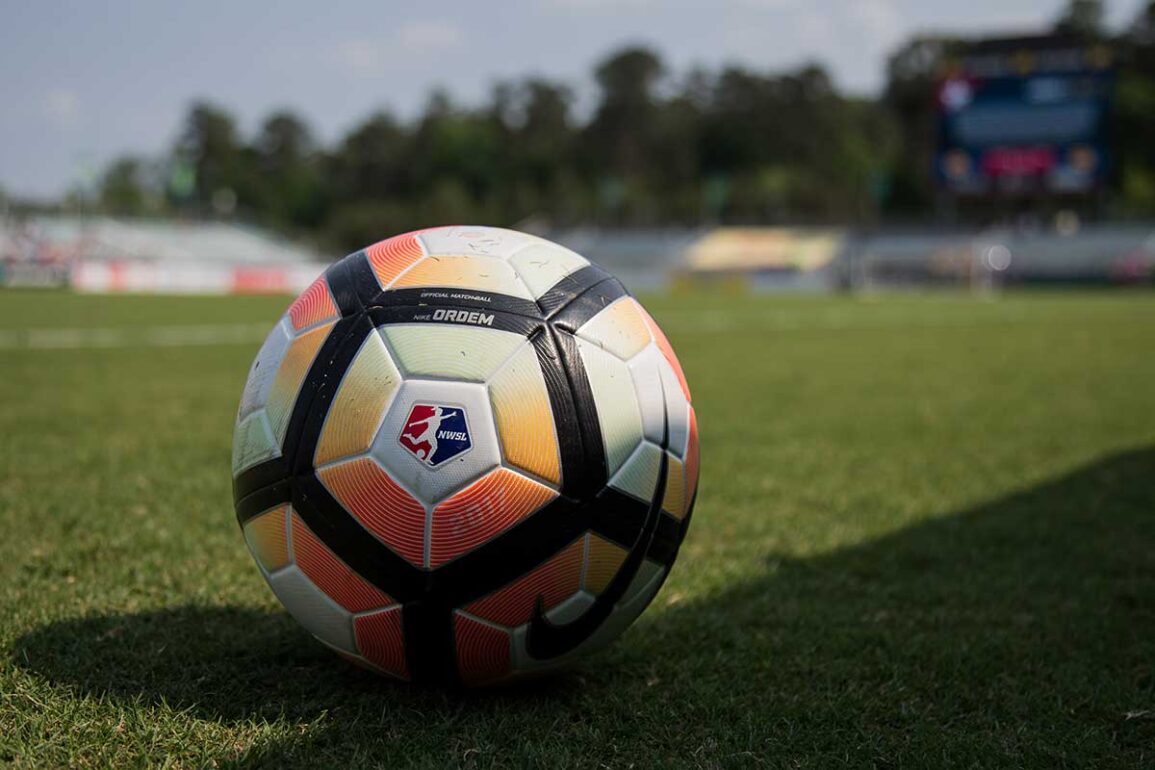 NWSL Adds Fall Series of Matches to Close Out 2020

The National Women’s Soccer League is back, again. This time the league has announced plans for a fall series of games to close out a season disrupted by the COVID-19 pandemic.

All nine NWSL teams will compete for a total of 18 matches played between September 5 and October 17. Teams are broken down into three pods; each team will play four matches against the other teams in its pod in an effort to cut down on the amount of travel teams must undertake.

Matches will be televised or streamed across CBS properties: network CBS, CBS Sports Network, and CBS All Access. The big news is CBS will televise four NWSL Game of the Weeks on its national broadcast, doubling the number it aired for the NWSL Challenge Cup.

Further details on the format and the schedule will be released at a later date.

2020 NWSL Fall Series Protocols
PPE Protocols Cleaning Protocols Competition Protocol Positive Test Protocol
As with everything during the COVID-19 pandemic, it depends. The NWSL did not specify if fans will be allowed to attend the fall series matches but the league did release updated safety protocols for the fall series. A look through the updated protocols yields the following:

“Club-submitted fan management plans must ensure that fans are no closer to the field than row eight.”

Presumably, if a team’s local governmental guidelines allow for sporting events to be held and it submits a fan-management plan to the league, fans might be allowed to attend.

Ah, yes. A legit question given the number of players, including U.S. Women National Team-contracted players, who have signed short-term loans or contracts to play elsewhere due to the uncertainty that surrounded the NWSL’s return after the Challenge Cup.

While final details of the fall series had to be sorted out, several players had to decide whether to wait it out with the possibility that NWSL wouldn’t play more matches this season or find somewhere else to train and play. With transfer windows and quarantine periods to consider, many players opted to head overseas where more training and playing time awaits.

For national team players, the Tokyo 2020 Olympics loom and playing meaningful matches is crucial for those looking to make their respective Olympic squads.

According to The New York Times, the NWSL received a Paycheck Protection Program loan that was used to pay players’ salaries for more than two months after the COVID-19 pandemic shut down the start of what would have been the league’s eighth season. The loan helped fill the revenue gap left by ticket refunds and local market revenue while the league shut down. It also bought time for the league while it put together the NWSL Challenge Cup and brought on board new sponsorship partners (Secret Deoderant, Proctor & Gamble, and Budweiser).

The Paycheck Protection Program was a federal program in the United States designed to help small businesses keep their workers employed during the COVID-19 pandemic through forgivable loans for businesses that met certain requirements.