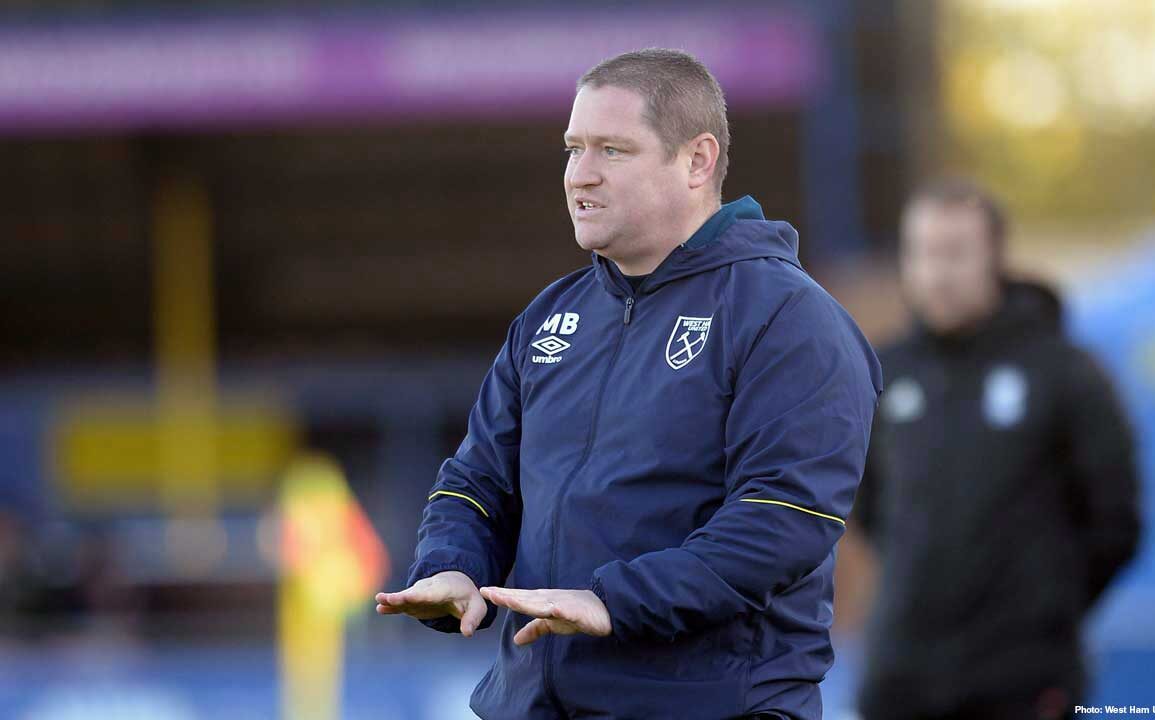 Matt Beard said he’s “proud” of what his team has managed to create in less than 12 months as a professional football club despite defeat in Saturday’s FA Cup final against Manchester City.

Second-half strikes from Keira Walsh, Georgia Stanway, and Lauren Hemp ensured a comfortable score line for Nick Cushing’s side, but Beard could only wonder what might have been had his team taken one of their chances in the first half, coming closest when Karen Bardsley superbly saved Jane Ross’s header.

“It was a game of two halves, wasn’t it?” he mused. “I thought first half we created better chances but I thought we could have used the ball a bit better. I thought we forced it at times but the first goal changes the game and when you go behind against Man City, they’re a very, very good team.”

Goalkeeper Anna Moorhouse, unfortunately, couldn’t palm away Walsh’s effort from outside the box, instead letting Walsh’s swerving effort slip through her grasp in a key moment that gave Man City a lead they never relinquished.

Moorhouse was then beaten to the ball by substitute Hemp for the third goal of the afternoon, but Beard refused to blame his goalkeeper for the defeat.

“When you look at the first and the third goal, could we done better with them? Probably, yes. The first goal changes the game but Anna Moorhouse, for me, has been fantastic this year and we’ve got to take the chances when we had them because you don’t get many against Man City. Ultimately, that’s what it boils down to.”

Beard said Moorhouse apologized to the team after the match but only had praise for the former Arsenal goalkeeper for her contribution during the club’s first season.

“Anna’s a young goalkeeper and she’s grown over the course of her time here. There’s been times this season where she’s saved us and even today she’s made two or three big saves, that’s just part and parcel of football. You’re going to have good days and bad days but I can’t fault her at all.”

It’s less than 12 months since West Ham received a license to play in the FA Women’s Super League and Beard had just six weeks to build a side capable of competing in the top division after their massive step-up.

A cup final would have only been a mere dream back then but less than a year later, the two-time FA WSL winning coach led his side out at Wembley in front of thousands of West Ham supporters who made for a good atmosphere throughout the match.

And Beard couldn’t hide his pride at what everyone connected with the club has managed to achieve in such a short period of time.

“I said to the girls at the end in the huddle, when we walked around the pitch at the end with the fans and you look at what we’ve created in such a short space of time, as a team and as a club I’m so proud of them, everyone who has been connected with it.”

He added, “It’s been really tough, but to be here with what we’ve created speaks volumes for what we’re trying to do. We can learn from this because we’ve got some young players who will become better players for experiences like today. To taste this in our first year together and to be where we are in the league, I’d have snapped your hand off at the start of the season for that. We can take so many positives from the whole experience and the whole journey.”

With a squad that now boasts some experienced England internationals mixed with foreign talent and some exciting young players, many will expect to see even more from West Ham United next season should Beard add even more quality to his squad over the summer.

Beard said the support he’s had has been like nothing he’s experienced in any other job and reflected on the job of putting a squad together in six weeks and how he hopes things run a little more smoothly now that the club have their foundations built.

“The support from the club has been fantastic, the support from Jack [Sullivan] has been fantastic,” he said. “David Sullivan comes to a lot of our games and I’ve never experienced that working in women’s football, the owner of your club coming to your games. When I was at Liverpool they never came at all, we want to continue progressing this team and continue to do what we want to do.

“My first day here we had 12 or 13 signed players. We had two or three trialists. Alisha Lehmann came late, Kate Longhurst came late, Ria Percival came late. We added a couple in January so it’s been different to what I’m used to and what I’ll usually do is get recruitment done early so I can have a bit of time off and really put the work in straightaway when we have everyone together in preseason.”