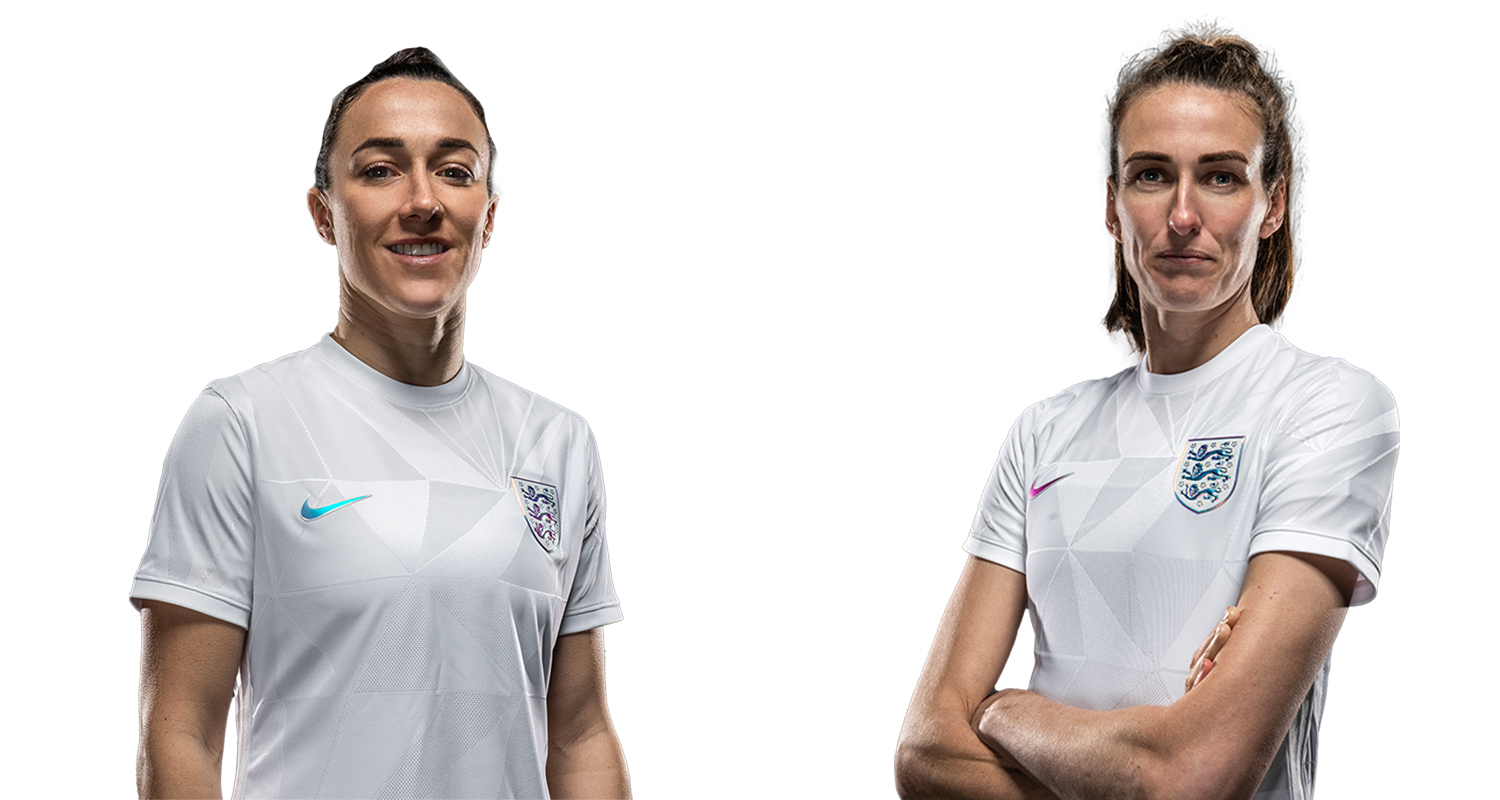 Lucy Bronze and Jill Scott on Their Journeys to England Success

Two of England’s most experienced players, Lucy Bronze and Jill Scott, reflected on the journeys they’ve been on together with the Lionesses after finally getting their hands on a gold medal at Wembley on Sunday night.

Both players were part of the teams to experience semifinal heartbreak in 2015, 2017, and 2019, while Scott was also part of the England team that lost the 2009 European Championships final to Germany.

The two shared a moment on the pitch in the aftermath of the full-time whistle, and both were in reflective moods with their gold medals dangling around their necks.

“Myself and Jill have been there for a lot of moments with England, a lot of semifinal defeats and upsets,” said Bronze. “The good and the bad. Jill’s someone I’ve shared this journey with, not only at club level, but with England as well.

“So yeah, we just reflected on the fact this has finally happened. Especially for someone like Jill. She’s one of the longest serving players there’s ever been for England, one of the most capped, so I think everybody is more happy for her than they are for themselves, because a lot of hard work has gone into moments like today and people like Jill have been the center of those moments and England’s history.”

When asked for her perspective, Scott said, “Lucy’s not really emotional but I think I told her I love her about 50 times tonight! I think she was absolutely incredible tonight. I think sometimes we take her performances for granted because she’s Lucy Bronze and she’s one of the best players in the world.

“But to keep doing that game in, game out, I think she was incredible. I probably told her that about 50 times as well. Without her, the team wouldn’t have this achievement and we were just chatting, thinking we have come a long way from our Sunderland days, and just to savor every moment.”

The 35-year-old Scott is the only player in the current squad to play in the last European final England reached back in 2009, also against Germany, a painful 2–6 defeat to the dominant side of European football at the time.

England has now caught up, and as of tonight, surpassed Germany and the other European nations, and Scott reflected on the changes she has seen across the past 13 years to facilitate this moment.

“It seems different for me, every time I see a different team and the players over the years that I got to play with. What you have to remember with the 2009 team is that we weren’t full-time, we were just introducing and starting the process of being full-time England players.

“This is not the end, but we’ve got the gold and we’re going to push on, but I said before it’s for every player that’s ever worn an England shirt. This is for me. Tonight I got to see Fara Williams, the most capped England player of all time, and I put my medal around her neck and said, ‘This is yours as much as mine.’ I didn’t want her to take it, she did give us it back, which I was happy about! But it was a nice moment because all those players that have contributed to this team, giving me advice over the years. Casey Stoney, Faye White, there’s too many of them to mention, but I really hope they all feel part of this special night.”

Bronze, meanwhile, admitted in the buildup to the final she was waiting to tick a box by winning a trophy with England, and she reaffirmed after the match that she would have sacrificed her elaborate trophy list at club level for a major trophy with the Lionesses.

“Everyone who knows me knows I have a process I like to get fixed on, and winning a Champions League and FA Cups and stuff has always been amazing, but a goal of mine has always been to win with England.

“I would have traded all those trophies for a night like tonight. So yeah, I’m so proud of the fact we finally got our hands on a trophy, but now we want to get our hands on a World Cup next year.”

And when asked if she plans to be there, Bronze was pretty emphatic in her response.

Scott may be one of the more likely candidates to bid farewell to the Lionesses post-tournament, though nobody as yet has confirmed any retirement plans with less than a year until the next major tournament.

For now, though, Scott is going to enjoy the moment she has waited so long for.

“I can’t believe it and I think it’s going to be like that for a while. I hope now everyone can get on board with women’s football, keep the support going and keep growing the game.

“You’ve seen how many people are interested in coming to the games and we need to capture that and keep hold of that. That’s always been our aim, to inspire the next generation and, hopefully, now we’ve got a gold medal I don’t have to pretend my bronze is gold when I do talks at schools, I can actually show them my gold medal.”