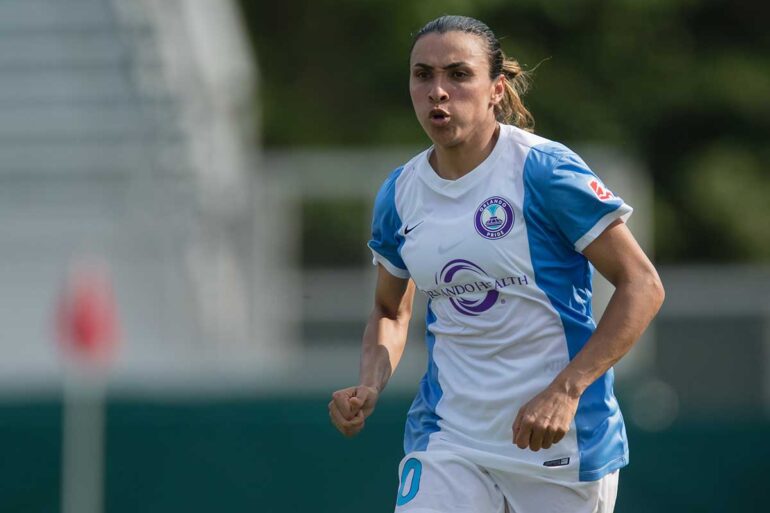 A recap of action in the National Women’s Soccer League (NWSL) and a look ahead of the upcoming week’s matchups. Not takes on purpose.

Three own goals and injuries put a slight damper on the festivities. The Thorns–Reign and Spirit–Sky Blue games were the most entertaining of the season so far.

The Red Stars improved to 2-2-0 and got another goal from Julie Ertz playing in the No. 6 position after an own goal by the Dash in the first half. It’s Ertz’s second goal of the season Possession was even for the teams: Chicago maintained 50.1% to Houston’s 49.9%. Midfielder Morgan Brian saw the first minutes of the season as a substitute in the 72nd minute. Brian’s inclusion was positive for the Dash and bodes well for a team looking for consistency going forward.

This game. If you’re a fan of defense, look away. However, this was an entertaining match and was a showcase for individual performances. Two standout performances for the Spirit were Player of the Week award winner Francisca Ordega and goalkeeper Steph Labbé. Ordega was involved in all four Spirit goals, including scoring two, assisting on one, and disrupting the Sky Blue defense just enough to create on own goal. On the other end, Labbé continued her impressive season and stopped a free kick from Kelley O’Hara in the final seconds to preserve the lead. O’Hara was terrific for Sky Blue and scored her first goal of the season; playing her in an attacking role is her best position.

The Reign almost snuck away with the win were it not for Allie Long’s header in the 82nd minute that knotted the game at two. The requisite intensity from both sides was evident from the start; four yellows were issued (two apiece). The Reign started in a 3-4-3 to counter the Thorns’ midfield. Merritt Mathias started out wide and it paid off with a goal in the 39th minute. Jess Fishlock got things going in the first minute with an absolute rocket that earned her Goal of the Week honors. The Thorns weathered the storm, however, and picked it up in the second half, including winning the possession battle, 77.7% to 64.4%.

The Courage remain perfect on the season after the win. The Breakers weren’t blown out, something very likely to have happened in previous years. The Breakers’ defense is rounding in to shape and held its own against the formidable Courage attack. It was a testy match; Boston conceded 14 fouls while North Carolina conceded 11. For the Courage, head coach Paul Riley switched from the three-back system of prior weeks and went with four in the back after defender Jaelene Hinkle was a late injury scratch. Angela Salem held it down in the middle of a 4-5-1 for the Breakers and had a key defensive stop on Lynn Williams in the box in the match’s opening minutes.

Kansas City denied Orlando its first win of the season with a late equalizer by Erika Tymrak in the 84th minute. Despite Orlando’s winless streak, Marta scored her first NWSL goal and the Pride attack is starting to come together — the team won the possession battle in both halves — and now it has to add purpose with the possession and finish the chances it’s creating. Kansas City has the defense and if Marta didn’t know who Becky Sauerbrunn was before the match, she knows who she is now. The center back was key in disrupting the Pride attack and on several occasions cleared potentially dangerous crosses out of the box. The Pride’s Monica Hickmann Alves was subbed off in the first five minutes after a collision.

Player of the Week Vote

The Player of the Week was the Washington Spirit’s Francisca Ordega for her performance in the Spirit’s 4-3 win over Sky Blue FC. Ordega had a hand in all four of the Spirit’s goals, including scoring two, assisting on one, and causing an own goal.

Goal and Save of the Week Awards

Ashlyn Harris won Save of the Week:

Week 4 #NWSL Save of the Week winner: @Ashlyn_Harris of the @ORLPride! pic.twitter.com/2TBTXD40yF

Early start times are not good for the league, and in Boston’s case, makes for horrible viewing online due to the sun’s glare (and camera angle).

Celebration Watch is on hold this week to give a shout-out to the pregame on-pointness:

Boston Breakers (could use a little more work):

Your Must Follow
Lydia Williams on Instagram. Her attempts and failures at trying to scare Morgan Brian make me feel better about myself.

The Gif that Keeps on Giving