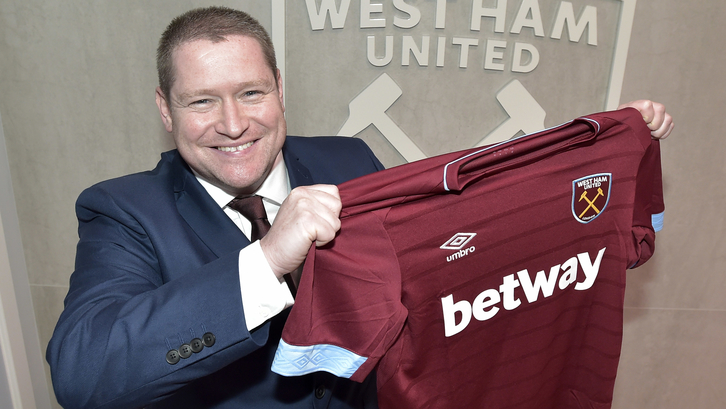 Beard’s squad was thin on the ground with just three substitutes named amidst an injury crisis, but the former FA WSL champion hopes to have several players back fit soon as well as two new players signed before the end of the week.

Speaking first and foremost about a game in which fine margins were the difference, Beard was particularly frustrated by the manner in which the goals were conceded.

“We did okay first half; we created some chances but we got punished with the cross coming in and that’s frustrating because it’s something we’ve been working on,” said Beard.

“Man United are good at the overloads and getting in those wide positions so for them to get across us and a ball into the near post was frustrating.”

With little chance of rotating due to injuries to Esmee de Graaf, Tessel Middag, Julia Simic, and Leanne Kiernan, Beard named the same team that pushed FA WSL leaders Arsenal in a 4-2 defeat on Sunday with a slight tweak in system, but his side lacked the spark they showed at the weekend despite creating several good chances.

“Siobhan [Chamberlain] has made a great save and the second goal has changed the course of the game tonight.”

With the scores at 1-0, Man United captain Alex Greenwood took the ball off Longhurst, allowing Jess Sigsworth to score a second, but Beard felt Greenwood had fouled his player in the buildup.

“I’ve watched it back and it’s a free kick. It’s gifted them the chance and from that we needed to do better mentally and recover better than we did. We still created chances but it just wasn’t our night.

“Their [the officials] opinion on the second is its shoulder to shoulder but Kate has a mark on her back,” Beard added. “We can’t do anything about it now, we still have to recover from that as a team and we didn’t do that, but ultimately it’s cost us.”

The standard of refereeing has been a big talking point in the women’s game for some years and discussion was once again sparked earlier this season by a tackle by Drew Spence on Kim Little as well as several more incidents in the most recent weekend of action.

“It’s difficult for officials, I understand that,” said Beard. “But the decision at the end for example to allow Mollie Green to come back on the pitch when we’ve passed the ball, she’s taken it and breaks up field, that sums up their performance for both teams.”

Aside from Chamberlain’s superb save to deny Ross, West Ham hit the post twice in the second half, firstly when Longhurst’s spectacular volley bounced back to Alisha Lehmann who fired over and again in stoppage time when Ria Percival fired a powerful effort against the other post this time.

But despite creating chances, it was a night of disappointment for West Ham and Beard struggled to find positives after its conclusion.

“A positive is I’ve got Erin Simon back on the pitch. We’ve struggled for numbers for a while, we’ve been training the last few months with 10, 12 players. We’ve had a tough run with Julia Simic breaking down before the Arsenal game. We had two fit subs tonight and it’s going to affect you and I can’t wait to get the two girls in this week.”

While Beard wouldn’t confirm the identities of his two new faces, reports overseas suggest they will be South Korean midfielder Cho So-hyun and forward Adriana Leon who Beard worked with during his time managing the  Boston Breakers.

With another tough game against Manchester City on Sunday, Beard also didn’t confirm if either would be ready in time for that match with both set to arrive and sign in the next 48 hours, but there was brighter news on the long-term forecast for some of his absent players.

“Leanne Kiernan and Julia should be back in a week or two and [Tessel] Middag we hope to have training by the end of the month,” he said. “We’ve got a day’s advantage rest-wise because Man City play tomorrow and we should have the two new signings done by tomorrow and Friday.

“Leanne could be back on Sunday, Simic is probably struggling. I can’t rotate it. We’ve done well with a 4-3-3 but on Sunday we had too many players not in their natural positions.”

Manchester United may have taken all the attention during the summer but Beard’s West Ham side are largely a side put together from scratch, too, and when summarizing the campaign so far the former Liverpool manager was largely positive about how things are going.

“We’ve done okay this year. Tonight was frustrating and both me and Casey wouldn’t have wanted that draw with us both being new teams but they deserved, we didn’t, and that’s our fault, nobody else’s.

“We’ve just got to make sure we recover and move on because you’re going to have highs and lows. They’re a good team, they’re playing in a league where it’s easy for them. It gives them confidence, they won 9-0 on Sunday and we’re playing Arsenal. They could rest players, we couldn’t. They’re an FA WSL team, every player on that pitch has played in a top-tier team. It’s been a good decision for them to start where they are because it’s allowed Casey to ease them in. I watched the London Bees game and the fitness levels were night and day, most of the games have been night and day.”