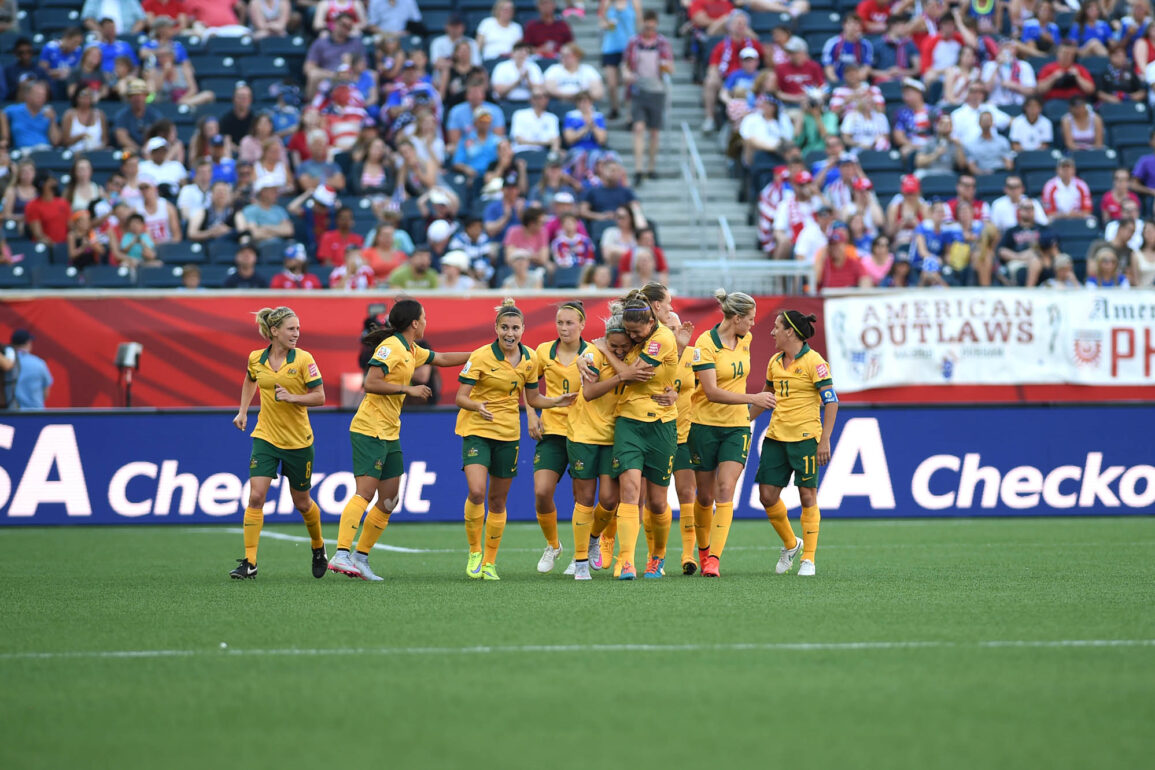 Australia Advances Out of Group F in Third Place

In the first minute, Katrina Gorry, who was sent on an excellent through ball from Elise Kellond-Knight, squared a pass to Lisa De Vanna and the veteran striker buried her first goal of the tournament to give her side an early lead.

The lead was doubled in the 15th minute when Australia’s captain Clare Polkinghorne headed home a Kellond-Knight corner kick. The marking from Zimbabwe was suspect but who doesn’t love a good defender goal?

There were more defender goals to celebrate. In the 37th minute a corner kick found an unmarked Alanna Kennedy at the back post and she headed home her team’s third goal of the first half. That was the final tally of the first half for the Aussies, who peppered the Zimbabwe goal with 15 shots and five corner kicks in the first 45 minutes.

Michelle Heyman made it a five-goal advantage in the 55th minute as she headed home Australia’s third goal off of a corner kick.

However, what happened from the 60th minute mark onward made things a whole lot more interesting.

With both Group F matches happening simultaneously, Canada took a 2-1 advantage over Germany in the 60th minute. If Australia could score a sixth goal and not concede, the Matildas would go level on goal differential with the Germans for second place in the group if the Canadians held on to win. Australia would need to add one more and then advance out of the group to face the second-place team in Group E.

In the 66th minute, that goal difference was leveled as Heyman scored her second of the day. Despite creating several chances over the final 20-plus minutes of action, Australia couldn’t get a seventh goal.

There was one more plot twist: Zimbabwe scored. The Mighty Warriors continued to fight in the final minutes and were rewarded with a goal as Emmaculate Msipa ripped a shot off the inside of the far post and went in. Canada held up their end of the bargain but conceding a goal to Zimbabwe erased any chance Australia had of finishing in second place.

Though Australia finished third, the Aussies’ game has risen dramatically from their first group match. The attack has been strong and defense has been good when called upon. While they will have to battle against a group winner, they will be a tough out on Friday.

Zimbabwe was always going to be the long shot in this tournament but despite losing all three matches, they found something that worked and played some decent soccer. And the Mighty Warriors scored in each match against three top 10 teams and leave Brazil with much to build upon.

Australia advance to the quarterfinals to play Brazil on Friday, August 12, in Belo Horizonte.