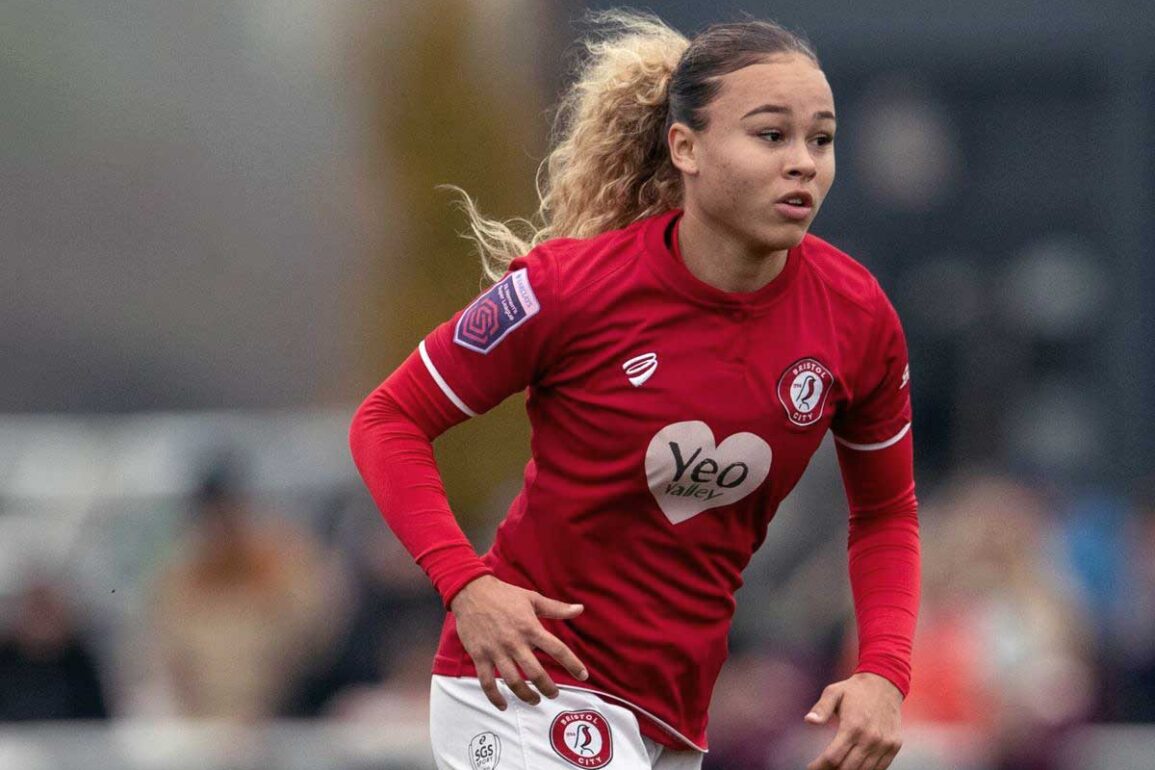 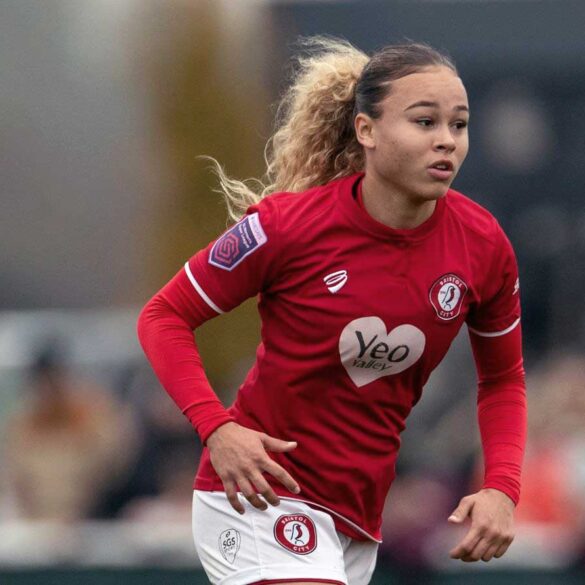 Richard Laverty·
NewsNWSLRacing Louisville FC
·May 13, 2021·4 min read
Share
Her pace is a natural thing people will become drawn to but her hold-up play is pretty good too and her finishing is very good now.Christy Holly on Ebony Salmon

Racing Louisville FC head coach Christy Holly could hardly be more enthused about his second pickup from the Barclays FA Women’s Super League in as many weeks. While the experienced Manchester City and England center back Gemma Bonner may be better known after a decade at the top level, young forward Ebony Salmon signed from relegated Bristol City may be slightly more of an unknown quantity to a U.S. audience.

But this is a player who at just 16 years old scored seven goals in the second tier of English football, earning her a move to Manchester United and then Bristol via a successful loan at Sheffield United.

Salmon scored 18 goals during her two seasons with a team struggling at the bottom of the league, finding the net against her former side United, as well as Manchester City and Chelsea, culminating in her senior England debut earlier this year.

Still only 20, Salmon is one of England and Europe’s most prodigious talents and is now swapping home for the United States and NWSL expansion side Racing Louisville, turning down opportunities at some of England’s top clubs.

“I was first aware of Ebony when I was working with the USA youth teams,” said Holly. “I didn’t know then what I know now, but she was on the radar and when we started to build out what we wanted to do at Racing, she was definitely a target. With her skill set, we knew for our long-term ambitions she’d be a good fit for us.”

For those who haven’t seen Salmon play, her raw pace is such that her bursts of acceleration are rarely seen anywhere else in the women’s game and her finishing ability has improved such that she is becoming more and more difficult for even the top defenders to contain. Salmon isn’t just about “pace” however. Her finishing is the result of positioning and smart runs, and at just 20, she isn’t close to a finished footballer, and her new head coach is looking forward to the development process as the striker adapts to a new league and a new style of play.

“Initially I think she will make a really good impact. It’s when people see the type of player she is and what she’s about and try to nullify her, that’s where the development phase for us comes in.

“We talked to Ebony about her long-term career, we want to add a level of sophistication to her game so that when she comes up against a more organized defense, she can still use her skills to be effective. Her pace is a natural thing people will become drawn to but her hold-up play is pretty good too and her finishing is very good now.”

So how did an NWSL expansion side that only started piecing its first squad together late last year beat a whole host of top domestic sides to the signing of the young forward?

Holly’s personal touch in reaching out to both Salmon and her family and the club’s clear detail on their plans for Salmon appear to have done the business, with neither player nor family able to yet visit Louisville in person due to the COVID-19 pandemic and travel restrictions, as well as Salmon completing the domestic FA WSL season.

“We spoke with Bristol City prior to Ebony. I wanted to make sure they were aware of what we were doing and that we had their full permission to speak to Ebony and that everything was done in the right way.

“We had a couple of Zoom calls, we told her what we knew about her, where we believed her career could go. We told her about the club, where the club is looking to go, and there was a really good alignment from a soccer point of view because she wants to be one of the best strikers in the world and we want to be one of the best clubs in the world.”

With Salmon in demand, Holly went even further to seal the deal, reaching out personally to her family to assure them Salmon would be taken care of in choosing to move her life and career abroad for the first time, and sent a letter to her family in England explaining the club’s intentions.

“As somebody who has a younger sister and younger cousins, I want to make sure I wouldn’t put that player in a position I wouldn’t put my own family members in. I reached out to her, her parents, and connected with them. I introduced myself, told them about who I am and what I stand for. If they’re going to give us the privilege and the responsibility of nurturing their daughter, it’s important for them to understand what we and I stand for as a club.”

Following on from the signing of Bonner, Holly now has two big signings to boast about at either end of the field, though neither will be available when the NWSL regular season kicks off this weekend as Racing  hosts Kansas City.

It’s a show of Holly’s pre-planning that he admits to making Yuki Nagasato and Savannah MacCaskill two of his first signings with the knowledge he would try to bring in Salmon, with Nagasato in particular known for her creative abilities, as anyone who witnessed her past partnership with Sam Kerr at Chicago Red Stars.

“Yuki will find you, no problem,” said Holly. “She’s such a fantastic player and a really great professional. Everyone saw how her and Sam played together and while not putting too much pressure on Ebony, her and Yuki and Savannah could be a great combination.

“We want to be methodical about what we’re doing. Gemma is a really experienced, solid centre back, but also a really strong personality, like Yuki and like others. That was a really selective purchase and Ebony has huge ambitions which we’re delighted with and she’s a fantastic young woman. The people we’re bringing in are very specific, we didn’t want to rush and get the wrong people in and compromise the culture of the club we’re trying to establish. It’s aggressive recruitment, we know it will take time because we have a lot of young players, but we hope the people we’re bringing in compliment where we’re trying to go as a club in the future.”