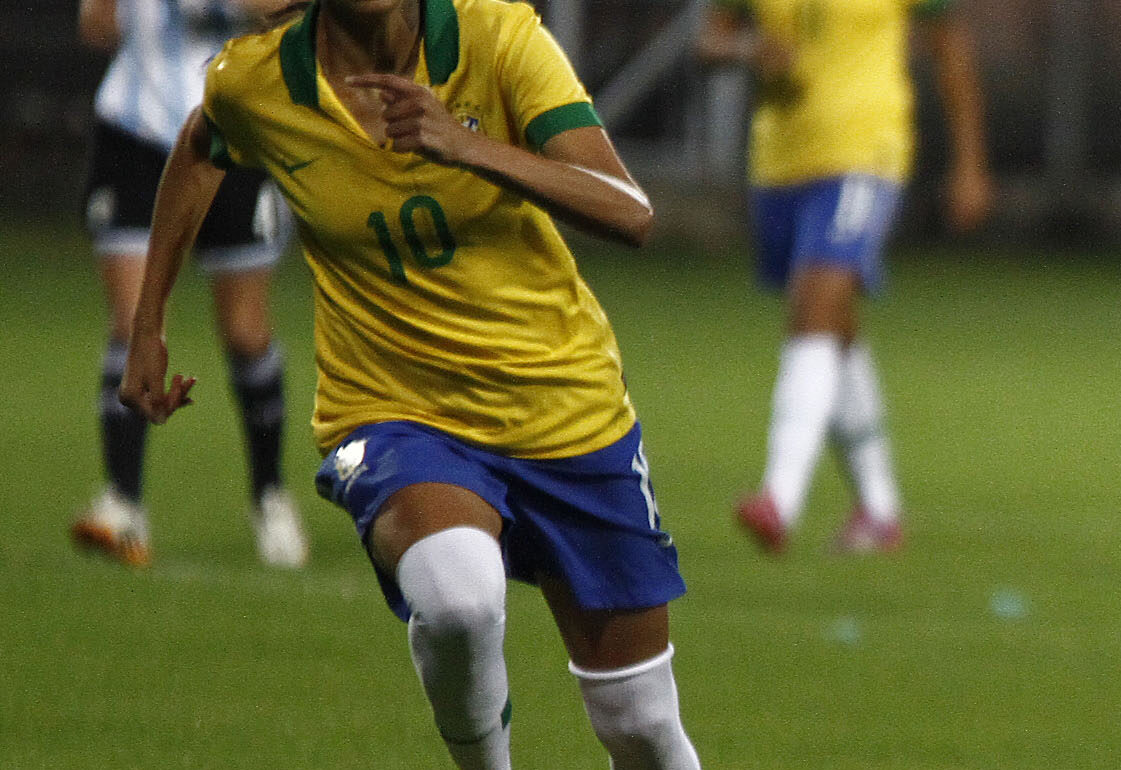 Host Brazil and South Africa played to a scoreless draw in front of more than 42,000 at Amazônia Arena in Manaus, Brazil, on Tuesday. It was the final match for both teams if Group E.

Brazil, already through, to the knockout stages, rested several starters, including Marta. She would be a second-half substituted, however, and the crowd cheered whenever she touched the ball.

Aline, goalkeeper coach for the UCLA Bruins, got the start in the net for Brazil and was called upon to make several saves, including a spectacular save in the latter stages of the game to preserve the clean sheet.

South Africa did well to press what was for the most part Brazil’s second team but was outmatched. South Africa showed defensive organization throughout the tournament but struggled on the offensive end. Standouts were keeper Roxanne Barker and venerable defender Janine van Wyk. Banyana Banyana head home placing last in the group but earned a point in the draw with Brazil.

Brazil advances out of Group E in the top spot and will take on Australia in the quarterfinals. Australia advanced out of Group F in third place, after a wild final match day of the group stage.