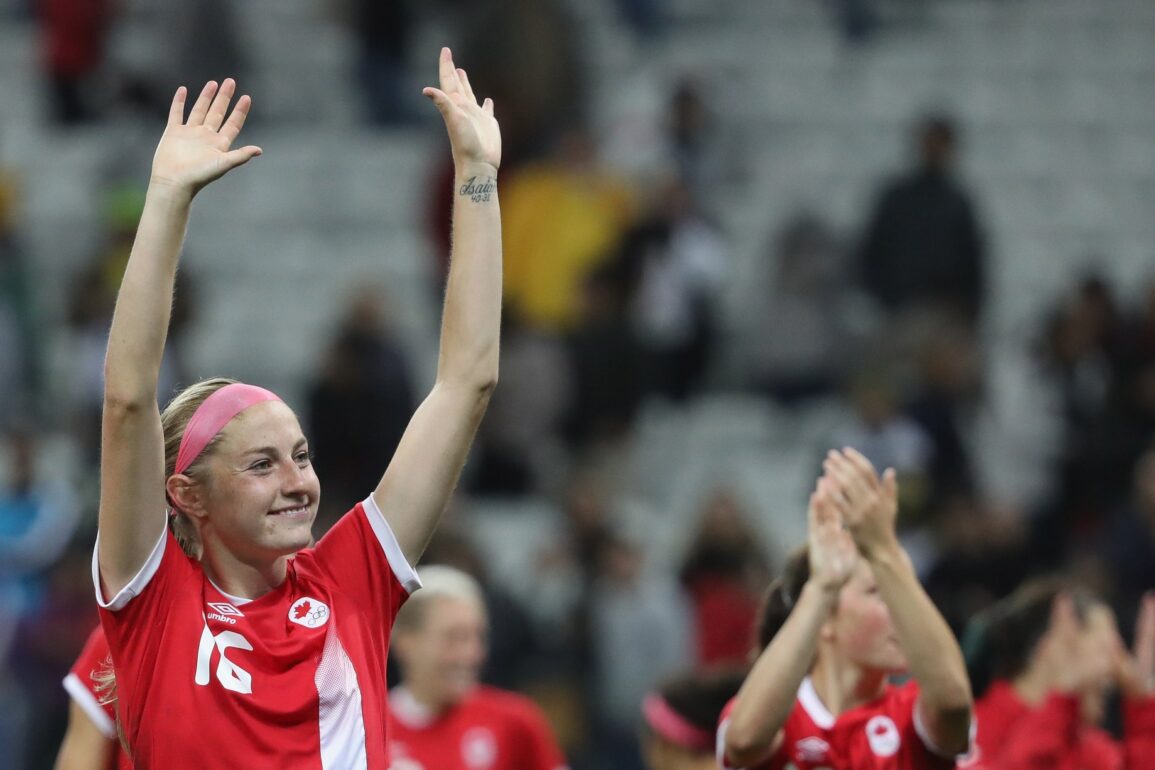 The last time France and Canada met in a major tournament was in the bronze medal match in London 2012, a match that saw a late Diana Matheson goal in second-half stoppage time give the Canadians a 1-0 victory.

Canada called on that 1-0 score line again on Friday evening, defeating France in São Paulo, Brazil, through a Sophie Schmidt second-half strike that sends Team Canada into the semifinals on Tuesday.

It was a tactical first half with few and far chances, but there was still intriguing topics in those first 45 minutes. Canada’s defense was stifling but was hit hard right before halftime after Allysha Chapman landed awkwardly after clearing a ball inside the box and was subbed off. Wendie Renard nearly gave France the lead on the stroke of halftime as her header from Amel Majri’s corner flashed just wide of the post.

Offensively, Canada found a few opportunities to get forward on quick counter attacks but as with France, those opportunities lacked finishing in the final third. They mustered just two shots, and their tournament leading goal scorer Janine Beckie drifted back into her own half just to get touches.

Beckie was able to string together quality touches in the attacking half in the 56th minute. She controlled a well-weighted long ball from Shelina Zadorsky down the right flank, rounded a defender, and looped in a cross to the on-rushing Schmidt at the back post. Schmidt, who had yet to score in any Olympic tournament up to this point, side-footed the volleyed effort past Sarah Bouhaddi for the opening tally.

Sophie Schmidt puts Canada up, 1-0. Beckie with the work out on the right. pic.twitter.com/zb0Rqq633p

France kept throwing numbers forward and put balls into the box over the final half hour but couldn’t convert. But outside of a couple of claimed crosses and punches, Canada’s goalkeeper Stephanie Labbé didn’t see many shots on target and a big key to that was the cohesion of the back line. There were plenty of blocked shots and good clearances and while they did commit a few fouls in dangerous positions, France didn’t take advantage of it.

Canada will continue to rely on their stingy defense in the medal rounds as they have only conceded a pair of goals through four matches. However, they will be without Josée Bélanger in their next match due to yellow card accumulation as she picked up her second yellow of the tournament in the final few minutes of the second half. That is the third Canadian defender to miss a match at this tournament due to accumulating yellow cards or seeing straight red.

Canada will face Germany in the second semifinal on Tuesday, with the match taking place in Belo Horizonte. The match begins at 3pm ET.

For France, Les Bleues head home again, a team with so much promise yet underachieving. Louisa Cadamuro is expected to retire — an exciting to player to have watched these years. Well wishes to Cadamuro on her next journey.