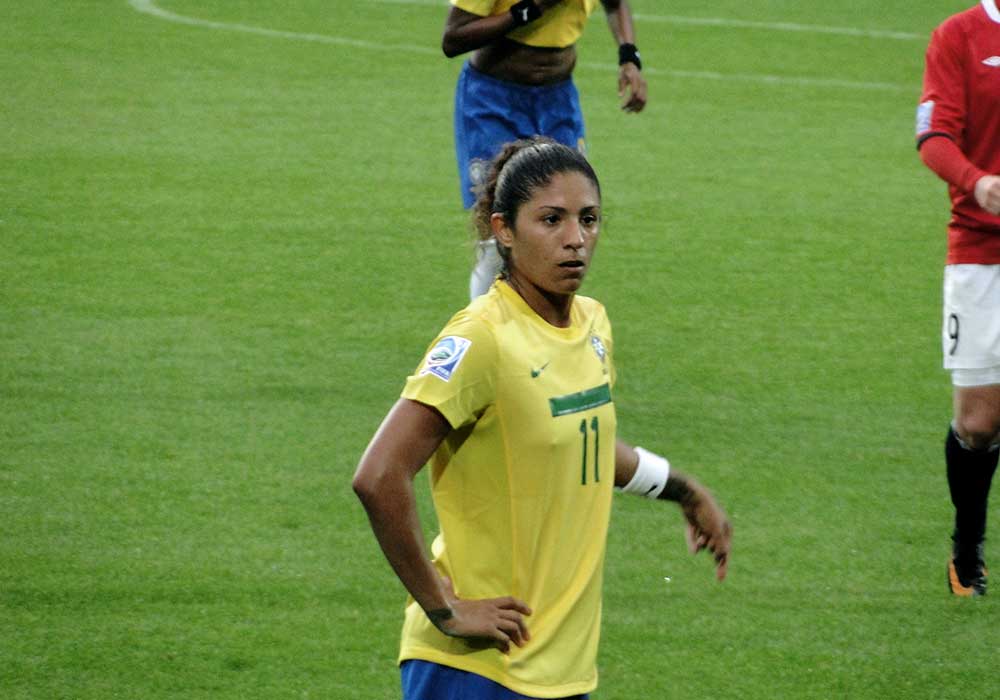 After a glorious curtain-raising performance in the midweek, Brazil defeated Sweden, 5-1, on Saturday in Rio de Janeiro to clinch their spot in the quarterfinals.

After Brazil dictated the tempo and possession in the first 10 minutes, chances came fast and furious. Sweden’s Fridolina Rolfo got free down the right flank and squared a ball across the box into the path of Kosovare Asllani, but Brazil’s Barbara passed her first major test with a sprawling save to deny Asllani.

Moments later, Cristiane sent Marta through on a 1-v-1 with Sweden’s Hedvig Lindahl but Lindahl was up to the challenge.

Brazil scored the opener on 20 minutes as Sweden’s backline experienced some communication issues on a ball over the top and Beatriz gladly intervened by tapping it past Lindahl.

In the 23rd minute, Cristiane scored her 14th career goal in Olympic play when she coolly finished Marta’s low cross with a clinical back-heel drag. The goal gave Cristiane the record for all-time career goals scored in Olympic history, men and women.

Things got worse for Sweden right before halftime as Cristiane was fouled inside the box by Magdalena Ericsson, who received a yellow card in the process. Marta calmly buried the penalty to give Brazil a 3-0 lead at the break.

Marta picked up her second goal of the game in the 80th minute as she collected a ball in the box and rocketed a shot past Lindahl.

This is Marta. Marta is good at soccer. Be like Marta. pic.twitter.com/W0z6KvYHfQ

Not to be outdone, Beatriz buried a curling effort five minutes later for her second goal of the night, capping off the scoring for the hosts while Lotta Schelin bagged a consolation goal for Sweden in the 89th minute.

If there was one sour point for the Olympic hosts on the night, it was Cristiane pulling up with a leg injury and coming off in the 66th minute.

Brazil has fed off the home crowd over these past two matches and have responded with flair and sophistication on the ball, in addition to this scoring rush.

Sweden, on the other hand, are now in trouble as their goal differential is a -3 heading into their final match. While a draw on Tuesday should be enough to see them through, a loss means Sweden will have to hope for positive results elsewhere to get into the quarterfinals.

Both squads will travel away from the Olympic hub for their group-stage finale on Tuesday, August 9, as Brazil makes the long trek to Manaus to face South Africa. Sweden doesn’t have to travel as far, but a trip to the nation’s capital, Brasilia, awaits them as they play China. Both matches are scheduled for 9pm ET.