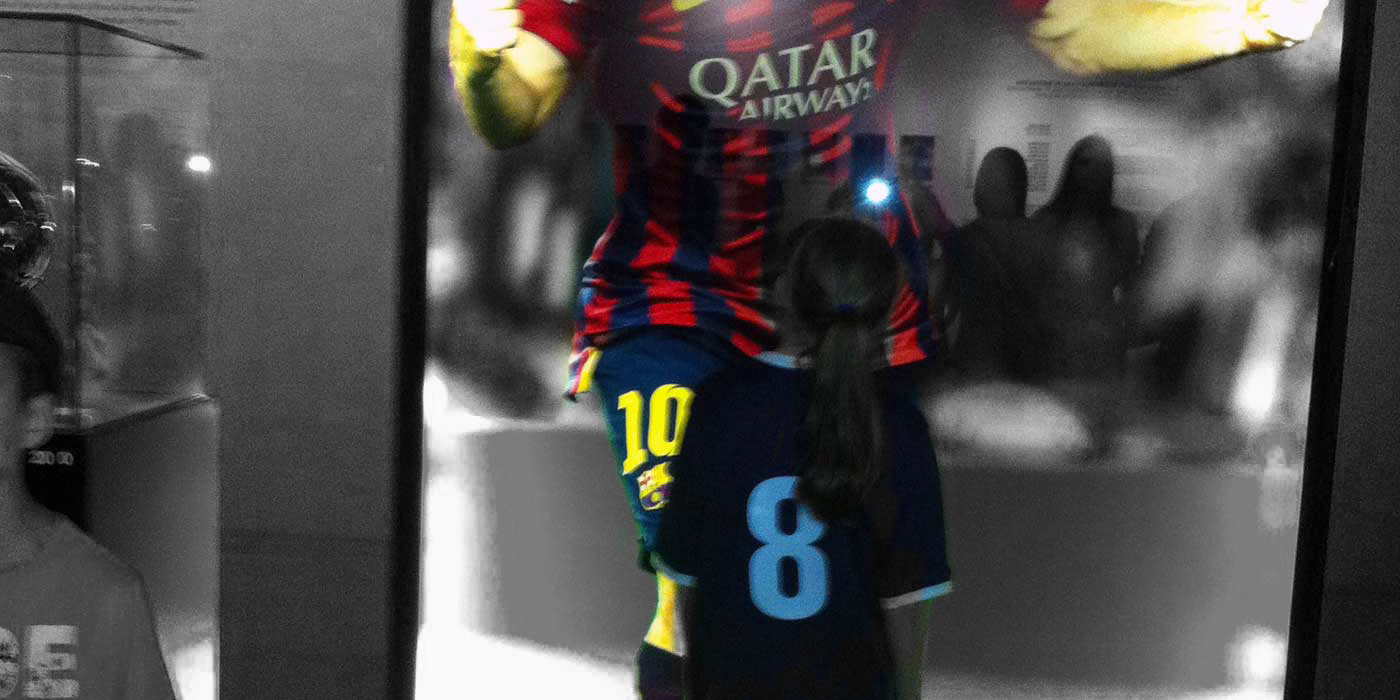 Today was the first day of our tournament. We went on a bus to the fields where we had a big opening ceremony before the tournament started. The fields are behind Camp Nou! Barcelona teams from all over the world were all there and they lined us up in a special order. One person from every group said a few sentences about how they will follow the Barca way and rules like fair play, respect and great soccer. The captain of the Barcelona B team spoke but it was in Spanish so I didn’t fully understand but he was saying it was all about the kids having fun.

After a lot of picture taking, we went to the FC Barcelona Museum. We saw a lot about the history, past and present. We read and watched short videos about Barça goals and wins. My sister and I got our pictures taken with a Champions League trophy they won. We got to pick it up and hold it like we won it. We also saw the field and stadium, but the best part was entering the stadium on the steps that the Barcelona players walk down to play. The grass was so perfect. It amazed me just being there. It felt like the players were going to show up at any moment.

After lunch we went back to the fields and got ready to play. I got number 8 and I’m really excited about it because it’s Iniesta’s number. Our first game was against Egypt. I wasn’t sure how good they would be because they train together as a team year-round. I started at right mid and had 2 assists. It was great and I felt like I played really good. This was the most exciting part of the day. We won. Alex Song was there today because his son played on one of the teams. I only saw him but he signed my sister’s shoe! Other Barcelona players will show up later in the week because their kids also play.

I am very excited for tomorrow to come because I have three games. I thought this first day was teriffic.