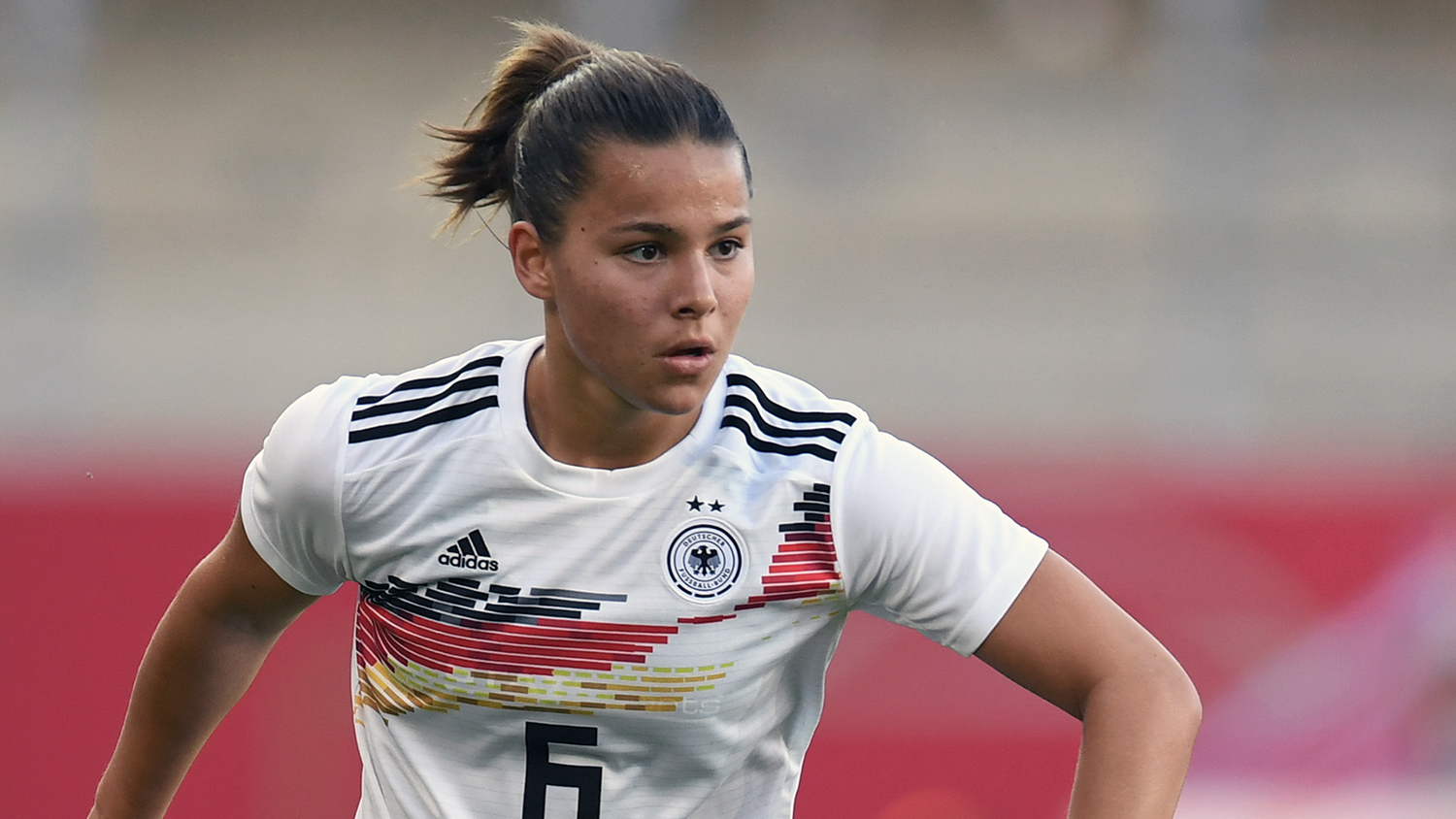 Lena Oberdorf Stands Out from the Crowd

Sat between two of my colleagues inside Brentford’s stadium on Thursday night, conversation leisurely turned to who may win this year’s edition of the Ballon d’Or.

Because why not? Rightly or wrongly, tournament football always has the biggest say in annual awards. If someone goes and stars in the final at Wembley next week, they will likely shoot right to the top of the list.

This tournament has thrown up several oddities, in that for one reason or another, the usual candidates haven’t been able to star. Alexia Putellas, the holder, will miss the rest of the year with an ACL injury, as too will Paris Saint-Germain striker Marie-Antoinette Katoto.

Catarina Macario, who was enjoying a superb year with both Lyon and the U.S. Women’s National Team, was another victim of the ACL curse. Others, like Vivianne Miedema, haven’t yet been able to make their mark on the tournament due to COVID-19, while Norwegian duo Caroline Graham Hansen and Ada Hegerberg were not able to make the best use of their talents in a below par national side.

That means, right now, it’s an open debate, even if Sam Kerr may fancy her chances for the impact she had on Chelsea’s domestic success, a lack of major tournament for the Australian may work against her.

Well, let me stop you right there and throw another name forward, a name all three of us put forward as we watched her dazzle in front of our very eyes on a balmy west London evening — Lena Oberdorf.

She’s 20 years old and currently holding down the midfield for the most successful national team in the history of the European Championships. It has been known now for some time that Oberdorf is a prodigious talent, she is managing to stand out in a tournament where midfielders everywhere are shining, but it’s the German’s light who is shining brightest.

Her performance against Austria had to be seen to be believed. Generally, supporters don’t sit down to watch a game in order to watch the defensive midfielder. But if you didn’t, go back and watch it again, and just watch Oberdorf, and bask in amazement.

The 20-year-old even made Martina Voss-Tecklenberg step up and do something she rarely does after the game, praise an individual player above the team performance.

“I would like to pay a big compliment to a player again, although I never do it, and that is Lena Oberdorf. What she did today in this position at such a young age. Wow, that’s worthy of all honors.”

Oberdorf herself said post-match said she is still “learning” how to dominate a major tournament. If this is the learning, I can’t wait for her to pass the exam.

Defensive midfielders rarely win major honors, it’s almost unheard of, but if Germany go on and win this thing, and given they already have eight of them, you wouldn’t bet against it, then put Oberdorf right at the top of your lists if what we’ve seen so far is anything to go by.