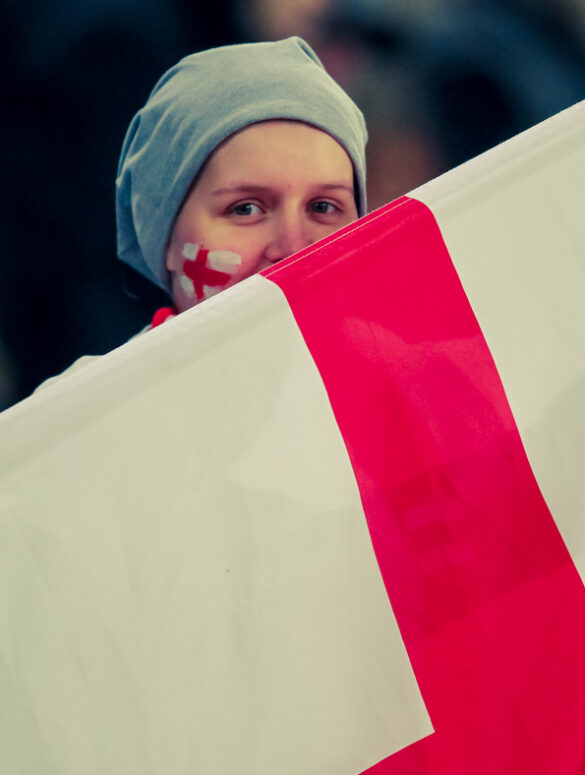 England Sets the Tone for a Special Summer, but There’s Still Work to Do

Sarina Wiegman is not a fool, and judging by her England press conferences so far, takes no fools either. Asked about a variety of individuals and their standout performances post-Netherlands, Wiegman occasionally broke into a smile, but preferred to focus on her team as a unit.

Her Oranje replacement who was on the end of a humbling 1–5 defeat in front of a raucous Yorkshire crowd, Englishman Mark Parsons, was similarly unmoved about the significance of the result, admitting it was his mistakes in how he utilized his squad in the final half an hour that led to England’s rampant four-goal haul and turned the game on its head.

Wiegman is not about to get carried away by questions of “Is it coming home?” though she did raise a smile when quizzed about the post-match atmosphere made by almost 20,000 fans inside Elland Road, who enjoyed a chorus of “Sweet Caroline” and “Freed from Desire” as the Lionesses made their way through a triumphant lap of honor.

Parsons said he wouldn’t bother analyzing the match’s final half an hour, so sure it was his errors in how he left some players on for 90 minutes who simply weren’t ready, a team two weeks behind England in its preparation.

Wiegman, too, was unhappy with aspects of her own team’s performance, particularly the first half as she admitted they didn’t play to their own strengths and deservedly fell behind to a Lieke Martens header.

The former Netherlands head coach will know only too well it could have gone another way on another night. Lucy Bronze’s equalizer was not an intentional attempt on goal, as admitted by the right back herself, and Sherida Spitse’s missed penalty was followed no more than minutes later by a Beth Mead strike that was the start of England’s blistering final half hour.

It was cruel for it to be Spitse, captain on the night of her 200th cap, who missed the penalty in what would, should, and could have been a special moment for one of the Dutch’s finest servants, but also somewhat ironic it led to England’s first four-goal margin of victory against the Netherlands since Spitse’s senior debut back in 2006.

With both sides making substitutions a plenty, friendlies always become a bit more stretched than your average, tight, closely fought tournament match in which both sides are limited to how many changes they can make.

While Parsons had preplanned minutes for several key players, including the withdrawal of Martens at halftime, Wiegman went with a strong lineup and only a handful of changes from the Belgium game last week, with the Netherlands also going into the match with no previous warm-up games.

The reality is, and Parsons stated so himself, it would be a closer game in a few weeks time should the two sides meet in the latter stages of Euro 2022 itself. Given where they’re at in their preparations, once they have slept on things, Parsons and his team will take a lot of positives from their opening 55 minutes, large parts of which they had England on the ropes and left Sari van Veenendaal relatively untroubled.

Wiegman too knows her side did not live up to the standards they have set for themselves for at least the opening 45 minutes, but one element the head coach did elaborate on post-match was her delight at the depth she has in her attacking ranks.

With Ellen White missing, Beth England led the line, while Chloe Kelly and Fran Kirby also came into the team. All three showed glimpses but struggled to make an impact, and all three will wish maybe they’d have been the ones coming on against a tired and shuffled Dutch defense in the second half.

Instead, it was the young, vibrant trio of Georgia Stanway, Ella Toone, and Alessia Russo who got to run riot after Mead came on at halftime in place of Kelly.

Toone, in particular, played a huge role in turning the game on its head, while Russo’s movement and physicality caused problems, even if her end product was lacking in front of goal.

Wiegman and England can be pleased with their ruthless edge, something which has often got away from them in the past, and can certainly be confident they have more attacking options than in recent memory, but will be concerned they conceded from a set piece and conceded a needless penalty that could have swung the game in a very different direction.

As it was, half an hour later the crowd was gleefully singing along to now two of the most recognizable terrace chants and believing they’d seen enough to suggest England could go all the way this summer.

Switzerland will offer another timely test next week, while we will know more about Parsons’ side after a World Cup qualifier against Belarus and another friendly against Finland.

Overall, there was a lot of good for the Lionesses, but also enough to know everyone will likely take a step back in the next few days, breathe, and know there is work to do. Wiegman will be at the front of the queue and will know there is more to come from her team, that in itself is exciting for everyone.