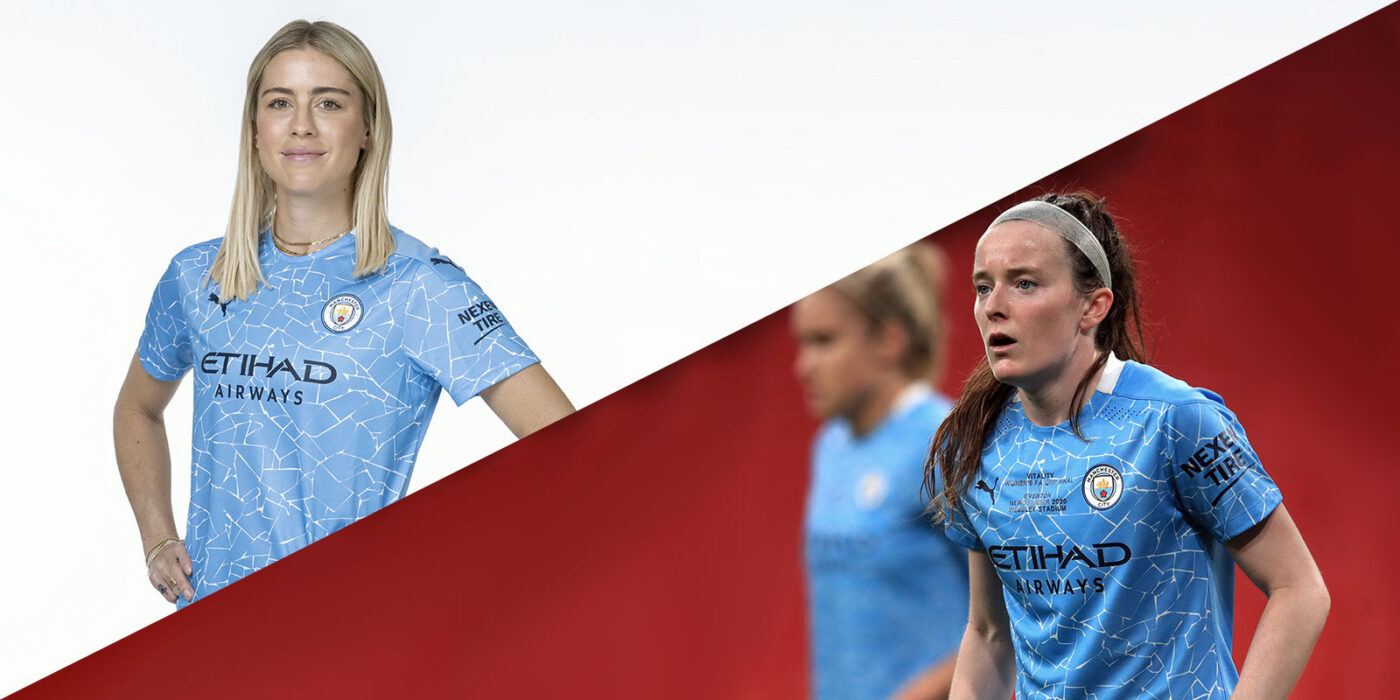 There was no greater difference in experience on show at Manchester City on Sunday afternoon than that of U.S. World Cup-winning center back Abby Dahlkemper and homegrown teenage forward Millie Davies.

During the warm-up for what would become a routine 4–0 win over West Ham United, substitute Davies was tasked with serving up long balls for City’s new marquee signing to both control and clear as the signing from the North Carolina Courage prepared to become the sixth major U.S. Women’s National Team player to make her FA Women’s Super League bow this season.

With fellow U.S. player Sam Mewis on the injury list and Rose Lavelle only on the substitutes bench, it was all eyes on Dahlkemper as she lined up in a vastly experienced pairing with captain Steph Houghton.

In truth, the 27-year-old couldn’t have wished for a simpler debut as Ollie Harder’s Hammers failed to serve up a shot on target, always chasing the game after Caroline Weir’s opener inside 10 minutes.

Dahlkemper enjoyed 124 touches of the ball and completed 111 of her 122 attempted passes, with a 91% accuracy.

How little she was troubled was proved in the fact she only had to attempt one header and committed no fouls all game, and generally looked relatively unflustered alongside Steph Houghton as the two regularly passed between each other, trying with success to shift West Ham out of their holding pattern.

It is somewhat apt that a week on from City’s seventh anniversary and off the back of two seven-goal hauls against Aston Villa and Brighton, Dahlkemper became the 70th player to pull on a sky blue shirt since the team’s rebirth in 2014.

Head coach Gareth Taylor had intended to ease Dahlkemper into City life given she only joined the team earlier this week after returning from a U.S. camp, but defensive injuries meant her debut was fast-tracked and turned into a settled 90-minute performance.

“I always thought at some point today we’d introduce Abby,” said Taylor. “Although she started today, it’s still important we give her time. I thought she looked the part though, she settled in really nicely, she made some good decisions in the buildup play and as a performance it was a real positive one given she’s only had three or four training sessions.”

In keeping with the numerical theme, U.S. teammate Lavelle was introduced in the No. 7 position with 25 minutes of the match remaining.

With the hosts already cruising came Lavelle’s introduction, it was a perfect opportunity for the midfielder, playing as a winger, to go out and play with swagger, which she duly did.

Within her first few minutes on the pitch, she played in Ellen White with a dinked through-ball, a cross-field ball to release Chloe Kelly, and saw her shot blocked after gliding into the penalty area.

In her limited time on the pitch, Lavelle had 30 touches of the ball, eight of which came in the West Ham penalty area. She completed 14 of her 15 attempted passes, two of her four dribbles, created one major chance, took on two shots herself, one of which capped City’s 28th consecutive home league game unbeaten, firing home a high curling effort past Mackenzie Arnold after a slipup from left wing back Maz Pacheco.

It was a glimpse into what Lavelle can and will offer should she get a clear run in the City team. Perhaps to City’s frustration, she may head back to the U.S. in a matter of weeks for the SheBelieves Cup, but her quality could and should be available before that for critical back-to-back games against Arsenal next weekend and Manchester United the week after.

“It seems a long time since we’ve seen Rose,” admitted Taylor. “She went away with the U.S. and built up some minutes. She’s been back in, had a few sessions, the same as Abby, but I thought she looked sharp and bright and we’re pleased to have her back.”

Taylor deploying Lavelle on either wing has not been uncommon during her time as a Man City player, despite her roots as a midfielder who wants to drive forward toward the penalty area, as she so expertly showed in the 2019 World Cup final.

With City’s options stronger than ever in the middle of the park, Taylor believes she can have a positive impact for his team in any area of the final third of the pitch.

“Attacking midfield and playing between the lines is probably the ideal position for Rose. We have a lot of good players there. Laura Coombs has done well there, Georgia Stanway has, Caroline Weir, Sam Mewis — there’s good competition.

“Rose has the ability to play in any of the five positions, even as the number nine. She played in the seven, like she did at Wembley, and she affected the game really positively.”

Come the final whistle, both Lavelle and Dahlkemper were still on the pitch, as was youngster Davies, making her third consecutive appearance since her senior debut against Aston Villa.

With another development player in Alicia Window in the squad once again with City picking up more injuries, Taylor admitted to have such experienced players around his youngest talents will be invaluable for the likes of Window and Davies.

“That’s what you want. It’s like passing down the way things are done and the importance of professionalism. The younger ones need that guidance from the older players because they don’t really know what it looks like. It’s great, it rubs off on them; the spirit in training and around the CFA has been great.”