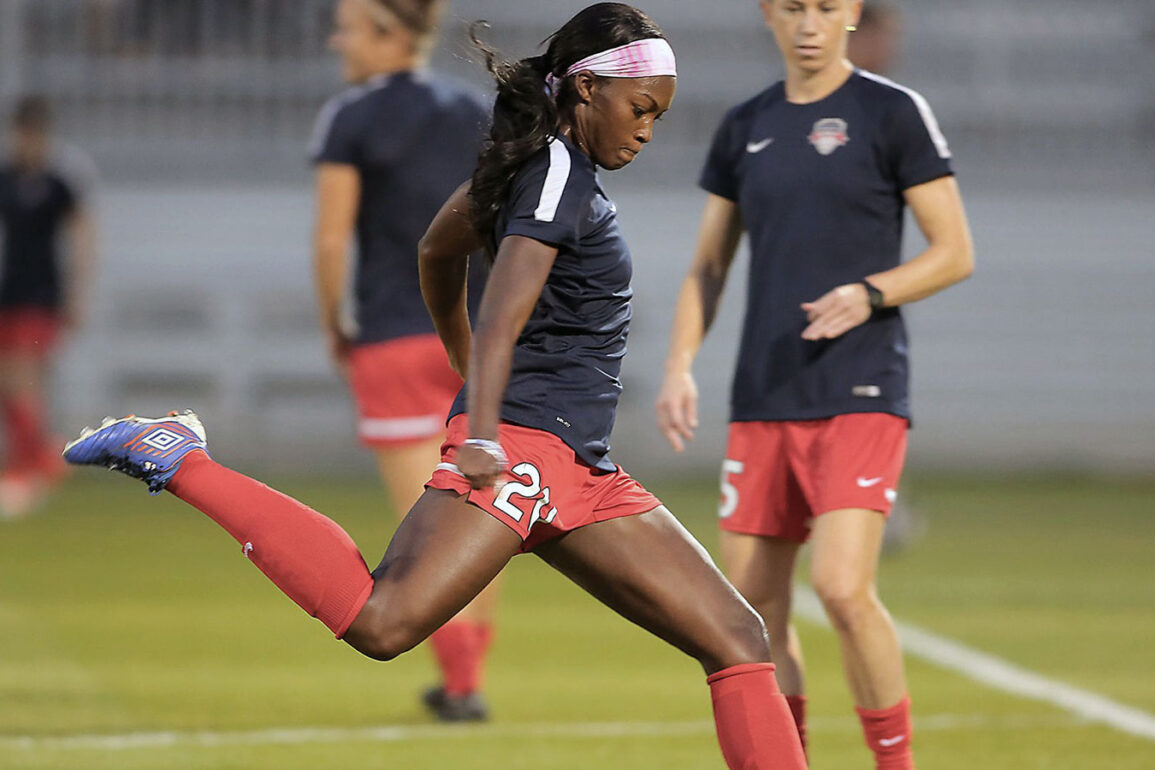 Matthews was drafted in the first round of the 2016 NWSL College Draft by the Washington Spirit and made 55 appearances and scored 11 times for the club through the 2019 season. Matthews sat out the 2018 season after giving birth to her son. Prior to the 2020 season, Matthews and Washington announced she would take a paid leave of absence to focus on her family. In July 2020, Matthews announced she was expecting her second child with her husband, professional football player Jordan Matthews, in December.

“She’s an exciting, fast, goal-scoring forward with a good reputation across the league,” said Racing Louisville FC coach Christy Holly in a press release. “She can play in any position across the forward line, so her flexibility brings huge value to the team. Cheyna is the type of player we’re looking to recruit. Having spoken to her previous coaches and teammates, she commands a lot of respect.”

On the international stage, Matthews represented Jamaica at the 2019 World Cup and has made nine appearances to date for the Reggae Girlz.