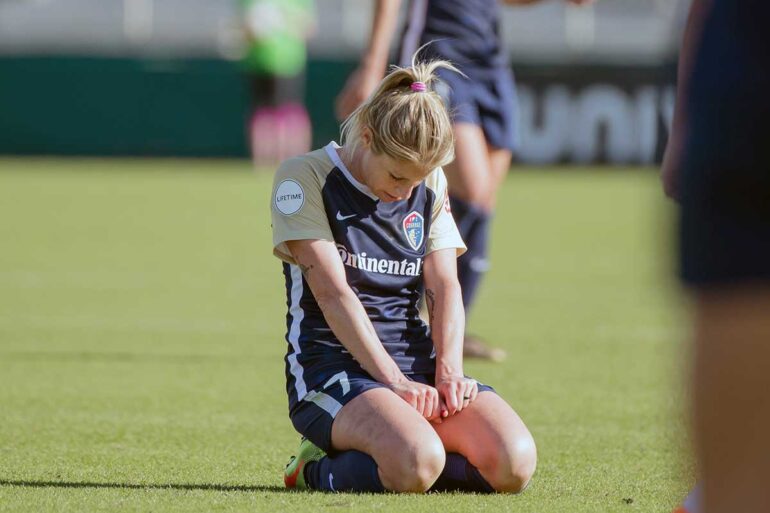 In a major trade in the National Women’s Soccer League (NWSL), the North Carolina Courage traded midfield McCall Zerboni and a conditional fourth-round pick in the 2021 NWSL College Draft to Sky Blue FC in exchange for the rights to Hailie Mace.

In 2013, Zerboni entered the NWSL in its inaugural season with the Western New York Flash after playing for the team in its incarnations in Women’s Professional Soccer and Women’s Premier Soccer League Elite. In 2015, the Portland Thorns acquired Zerboni, along with Kathryn Williamson, in exchange for Amber Brookes. In 2016, the Boston Breakers acquired Zerboni and Sinead Farrelly in exchange for the No. 2 and No. 20 picks in the 2016 NWSL College Draft. She was subsequently traded back to the Flash later in the season, winning the 2016 NWLS Championship. The Flash were sold and moved to North Carolina before the start of the 2017 season, and Zerboni remained with the rebranded team.

Internationally, Zerboni represented the United States at the U-17 level. In 2017, she made her senior U.S. Women’s National Team debut, making her the oldest player to earn a first senior cap. Zerboni has nine senior caps.

Mace was drafted by Sky Blue with the second overall pick in the 2019 NWSL College Draft but opted to pursue opportunities in Australia with Melbourn City in the W-League. She later signed with FC Rosengård in Sweden’s Damllsvenskan.

Mace earned a senior USWNT call-up in 2018, and has earned three caps.

Both players played for UCLA