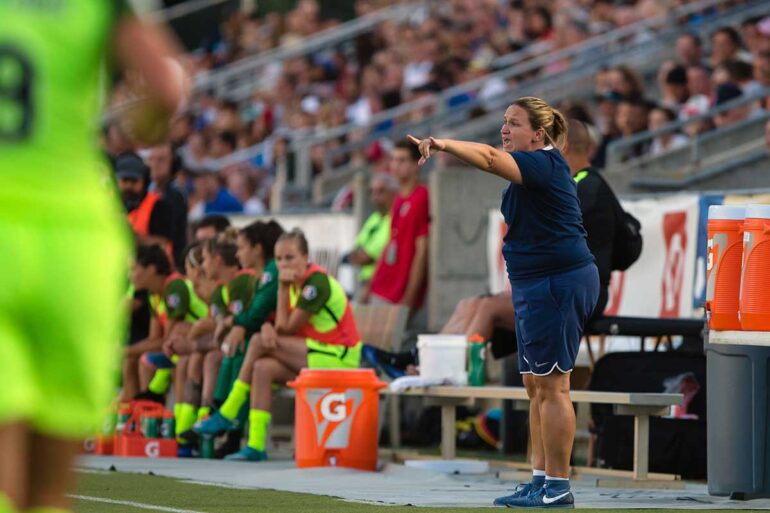 Utah Royals FC head coach Laura Harvey and the club have agreed to mutually part ways. Harvey will take over as head coach of the U-20 U.S. Women’s National Team.

Harvey took over as Royals’ head coach in 2018, the club’s inaugural season in the National Women’s National League (NWSL), and guided the club to an overall record of 19-17-12. Prior to coaching at Utah, Harvey led the Seattle Reign FC to an overall record of 58-29-27, winning two NWSL Shields and making two league final appearances, but losing both times to FC Kansas City. She was named NWSL Coach of the Year in 2014 and 2015. Harvey was also a finalist for the FIFA Women’s Coach of the Year award in 2014.

Prior to joining the NWSL, Harvey coached Arsenal of the FA Women’s Super League (FAWSL) to an overall record of 91-8-10 and three consecutive league titles, two Continental Cups, and a FA Women’s Cup. She was named FAWSL Coach of the Year in 2011.

At the international level, Harvey was an assistant coach for England’s U-17, U-19, and U-23 teams. Most recently, she coached the U-23 USWNT for a camp and tournament in 2017.

“I have thoroughly enjoyed the last two years as the Head Coach of Utah Royals FC and working with all of the staff involved with the RSL family,” Harvey said in a statement released by Utah. “I would like to thank Dell Loy Hansen for the opportunity to lead the brand new Utah Royals FC in the NWSL. Coaching internationally was the only job that would have interested me moving away from this role at Utah Royals FC. I’ve been wanting to get back into coaching international football, so I’m looking forward to the new challenge with the U-20 United States Youth National Team. We are looking to qualify immediately for the U-20 FIFA Women’s World Cup, so I will hit the ground running. I know that the future is bright for the Utah Royals FC and the NWSL, and I look forward to following all the club’s success.”

Harvey’s first task is to qualify the U-20s for the 2020 FIFA U-20 World Cup that begins in August and will be jointly hosted by Costa Rica and Panama. Concacaf qualifying for the tournament runs from February 22 through March 8 in the Dominican Republic. The U.S. has won the U-20 title three times.