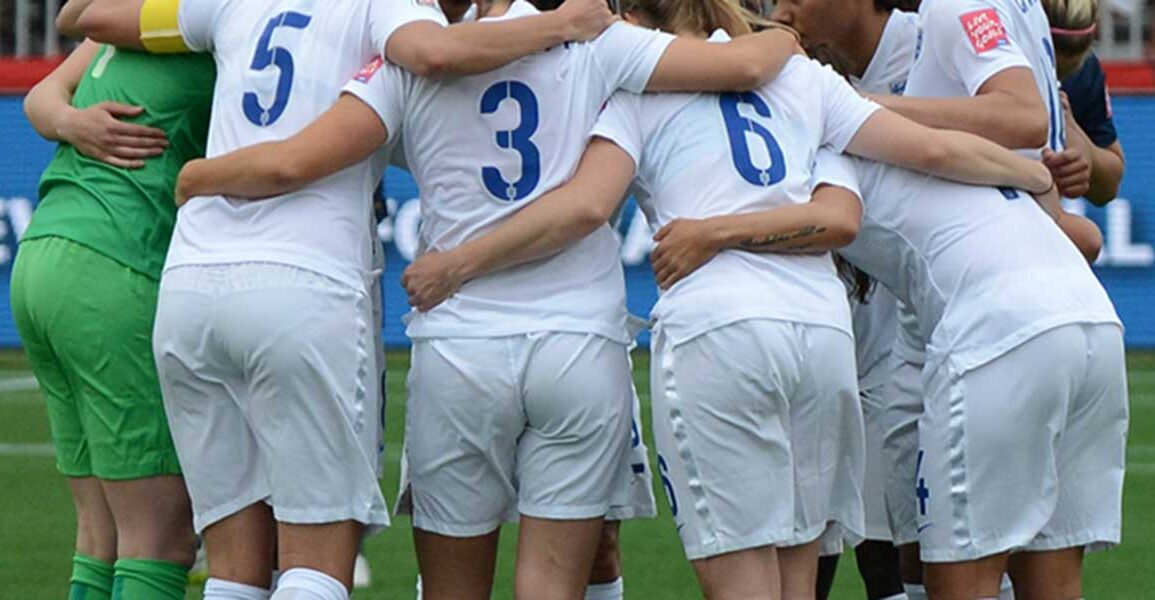 England head coach Phil Neville says he was “proud” of his England team after they overcame Argentina thanks to Jodie Taylor’s sole second-half strike.

Taylor was one of four changes Neville made to his side from Sunday’s win against Scotland, including giving goalkeeper Carly Telford a major tournament debut 12 years after her debut.

In what became a frustrating first half thanks in part to the heroics of Argentina’s goalkeeper Vanina Correa and a series of wasted chances on England’s part, including a missed penalty by Nikita Parris, frustrations were rising as Jade Moore went into the book before halftime and Jill Scott appeared to be on the verge of following her before the whistle went.

“I thought they were outstanding,” said Neville of the team’s overall performance. “We asked for patience, control, rhythm, and speed, and dominated the whole game. We’ve got a team that’s really enjoying the World Cup.”

There was visible emotion in the post-match huddle, with Neville making reference to both Telford and Fran Kirby, stating how proud their mums would have been of them.

Telford’s mum passed away after a battle with cancer last year while Kirby’s mum died more than a decade ago and it would have been her birthday today.

“We’re a family,” he said. “We knew it was Fran’s mum’s birthday and we know how much she misses her. Carly made her debut and in the huddle we made reference to the fact we hoped both of them would be looking down on them. It was a really emotional day, Fran’s a special person who misses her mum and we shared their happiness, sadness, and emotion.”

The first half saw England frustrated as Argentina regularly interrupted any momentum the Lionesses tried to build. Vanina Correa, who Neville praised as “world-class,” thwarted England several times but Neville called for patience at halftime with the score level.

He also admitted he was expecting the “physical” their opponents brought throughout the game, with several rough tackles going in on England players.

“We were expecting it, to be fair. You’ve got to admire the South American trait of win at all costs and upset the opposition. They try anything to win.

“At halftime we said we had to keep our heads and discipline because frustration can take over and we didn’t want more bookings to take into the last game.”

Neville also praised striker Taylor, who bagged her first goal in an England shirt for more than a year and just her second from open play, the first coming in Neville’s first match against France at the start of 2018.

The Reign FC forward had endured a frustrating game up to the hour mark when she slid home Beth Mead’s cross, but Neville has no question marks surrounding her quality.

“She’s a massive big-game player,” he said. “It’s nice when center forwards score because the hotel is happy when the strikers are bouncing around the hotel. I told Jodie I knew she would score, the way she has been in training, we told her quite in advance we would play her against Argentina.”

The result means England has qualified for the second round with a game to spare, but Japan’s victory against Scotland earlier on Friday means they will need a point on Wednesday to ensure top spot and likely a more comfortable route toward the final four.

Wednesday will see a rematch of the 2015 semifinal that saw Japan knock England out and Neville wouldn’t be overly drawn on more changes he might make for the game.

“We have a certain philosophy where we like to rotate. There are players we have to protect now knowing we’ve qualified. I trust them all and will play the best team to beat Japan. That performance against Scotland was fantastic, far better than what we saw against us three months ago.”