England at the 2019 SheBelieves Cup: Who Needs to Perform, What Needs to Happen in the Run-up to the World Cup 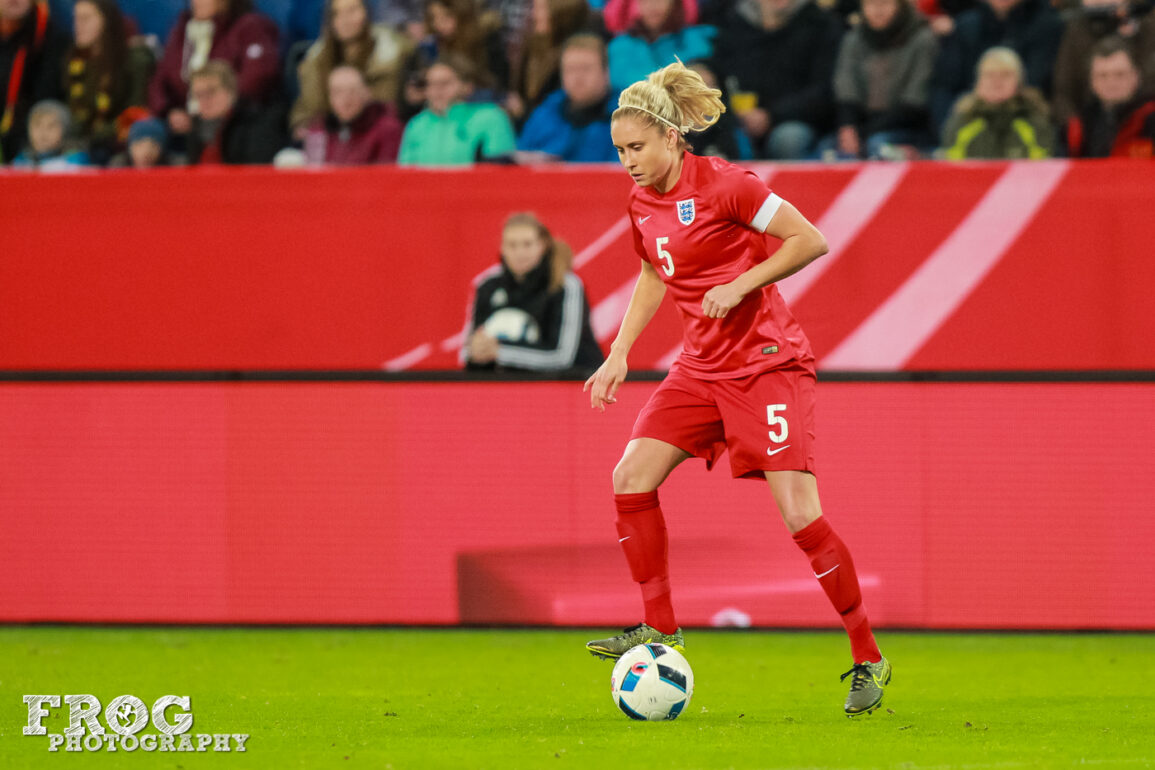 Questions abound for several teams heading into the 2019 World Cup and England is no different. Ahead of the 2019 SheBelieves Cup, Richard Laverty takes a look at the pieces — the who and what — need to fall into place in the lead-up to the World Cup.

While there’s no definite need to settle on his absolute starting 11 just yet, especially with seven testing matches left before the World Cup opener against Scotland, England head coach Neville soon needs to pin down who his No. 1 is and stick with it.

Evidence so far suggests it will be Carly Telford but club form and general game time will be causing him a headache. Telford is in and out of the Chelsea team, sharing duties with Hedvig Lindahl and new signing Ann-Katrin Berger, while his alternatives are finding their own minutes no easier to come by.

Karen Bardsley and Ellie Roebuck have split duties with each other at Manchester City while Mary Earps has understandably been an understudy to Almuth Schult at Wolfsburg, though a bout of measles means Earps has had her chance more recently.

Telford has started five games under Neville so far and would likely have started the crunch qualifier against Wales had she not missed so much of preseason, while Bardsley and Earps have started three games each.

Now it’s about getting them set with their back four and it’s likely we already know what the starting back four is, but they’ll want to know as soon as possible who will be starting behind them when June rolls around.

England was always going to suffer defensively somewhat under a new style of play and Neville hasn’t been helped by constant injuries to the majority of his back four.

The starting personnel is largely set and it looks like it will be the same back four Mark Sampson finally settled on two years ago — Bronze, Houghton, Bright, Stokes. Perhaps we took for granted the defensive solidity often shown under Sampson but with England now trying to attack more and get the ball down to play, some of that has gone.

Again, it’s understandable. What’s not understandable is how at times it looks like these players have never played together. At the SheBelieves Cup last year, the goals conceded against both Germany and the United States were as comical as they were annoying, with at times a severe lack of communication between players otherwise familiar with each other proving to be the Lionesses own undoing.

Neville couldn’t call on captain Steph Houghton for chunks of last year while left back Demi Stokes missed almost all of his first year in charge and Millie Bright will miss the upcoming camp. Staggeringly, we are yet to see the likely first choice back four start together under Neville and with Bright missing that wait will go on until at least April.

Linked to the above point, England has looked continuously shaky when defending set pieces, an issue which needs to be erased going into the World Cup. Going back as far as the home qualifier against Wales last April, the Lionesses were very nearly undone from a corner on that occasion in a moment that could and would have had a big swing on who qualified for the tournament.

That trend continued in the final few friendlies of the year as England conceded goals from corners against Australia and Sweden. Crosses in general have been England’s downfall with goals against the U.S. and Russia also coming from open-play crosses into the box.

There have been question marks surrounding Fran Kirby ever since Neville deployed her in the No. 10 role for his first game as head coach against France.

It’s a position that, when fit and starting she has remained in ever since, with varying degrees of success. Toward the end of the year it appeared she was growing into the role, popping up with a run into the box to score against Brazil before doing the same against Australia.

She also created two very similar goals for Toni Duggan against both France and Wales when sat on the edge of the box and it does appear to be a role she can do very well for England. Her low center of gravity and nifty footwork make her a nightmare for defenders and if she starts drifting into the box, she can be difficult to stop.

Her form at club will have been a big worry but if she’s not going to be playing the No. 9 role for England it’s unlikely Neville will be too concerned given the different demands asked of her for England.

Even so, the No. 10 role is pivotal in Neville’s system and it will be interesting to see if Kirby continues to develop against three tough opponents.

Who Fills the Remaining Slots?

With Neville’s back four largely set and an acceptance the high-flying Nikita Parris will start on the right and Fran Kirby in the No. 10 role, how close will we come over the next three games to seeing who fills the remaining spots in the starting 11?

Up front is usually the biggest and most pressing concern. England, under both Sampson and Neville, has regularly struggled to find the net against the toughest of opponents and will have a chance to rectify that over the next seven games.

Toni Duggan has played that role for Barcelona but has been favored on the left wing under Neville, as has Beth Mead, though the Arsenal forward does lead the assists ranking in the FA WSL and deserves another shot on the wing after a below-par performance against Sweden.

It would be good to see Mead play up top at some point during SheBelieves and there will be a definite desire to integrate Ellen White back into the team after a major injury lay-off; the Birmingham striker is probably the likeliest at this stage to fill the vacant No. 9 role. Georgia Stanway is another we also need to see more of given her league form and potent partnership with Parris.

While it feels an age since Jordan Nobbs picked up a season-ending injury that ruled her out of the upcoming World Cup, England hasn’t actually had a game since it occurred. It looked like a midfield two of Nobbs and Manchester City’s Keira Walsh was the likeliest option heading to the World Cup, but with that now out of the question Neville has a big choice on his hands and one which won’t be answered just yet.

Jill Scott, probably the likeliest to start alongside Walsh given she’s the top scorer under Neville so far and seems to be suited for his system well, isn’t going to SheBelieves and frustratingly there won’t be a chance to give Jade Moore vital game time either. The Reading midfielder was the ultimate “big game’ player under Sampson, so SheBelieves is going to offer Neville some difficult decisions given the lack of natural defensive midfielders.

It’s likely both Izzy Christiansen and Lucy Staniforth will get a chance to play the role while there should be a temptation to at least test Leah Williamson in the position, too. Put simply, we’re not going to get a clear picture of who will start alongside Walsh until Scott and Moore return.

The final spot currently up for grabs appears to be on the left of an attacking trio made up of Parris and Kirby. Toni Duggan has regularly filled the role and done a good job, scoring three times so far under Neville and it’s a role she’s familiar with from both her time under Sampson and her years spent at Manchester City.

Beth Mead will be hoping for another shot while there’s also Rachel Daly to take into account after a great season in the U.S. with the Houston Dash. Wildcard Chioma Ubogagu could also get another surprise shot after being recalled in Jill Scott’s absence; the Orlando Pride winger has the benefit of being naturally left-footed, something not a single other England attacker can claim.

One label that could never be thrown at Mark Sampson was stubbornness tactically. At the 2015 World Cup, Sampson adapted his side to every opponent before testing out an array of formations leading into Euro 2017.

But the structured 4-2-3-1 is by and large the only system put forward by Neville so far, with a certain amount of success. Now is not the time to start tinkering by any means if he’s set on one system and his players are still working to get to know it, but for example it would be interesting to see the No. 10 pushed into a second striker and to see Stanway and Parris play up top together like they have done so successfully at Manchester City.