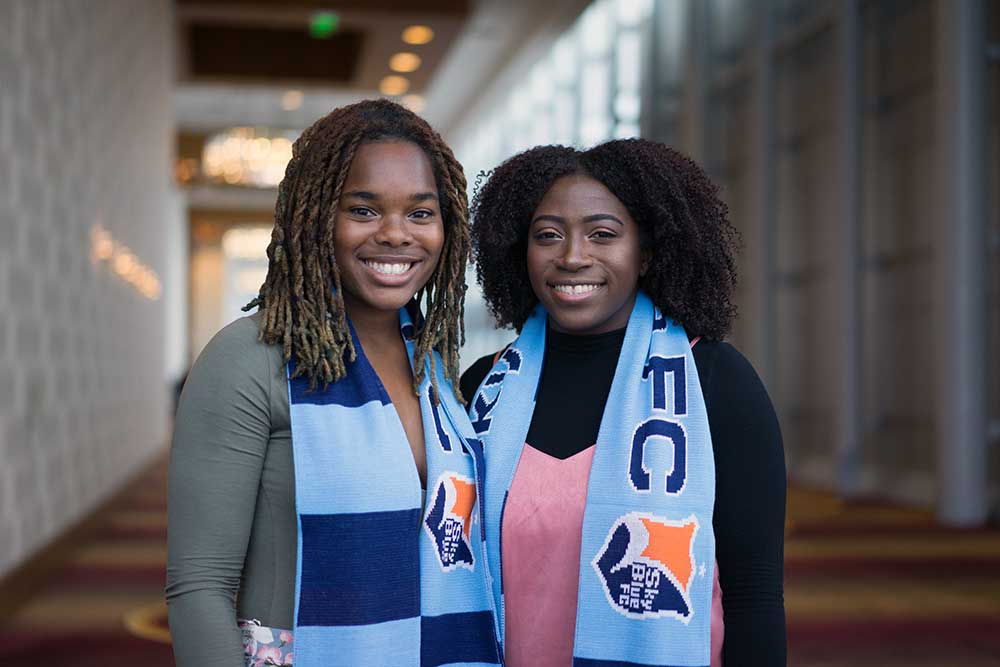 Sky Blue FC adds defensive depth and a goalkeeper to push the existing keeper corps, as well as a proven goal scorer at the college level.

Kayla Mills and Miranda (Mandy) Freeman will both compete for starting jobs on the flanks immediately after their fantastic college and youth international careers. Both were instrumental in USC’s defensive success en route to their national title run this past year and both possess great speed along with technical ability.

The real steal of their day was picking up Kailen Sheridan in the third round. A lot of people were probably wondering why Sky Blue would need to draft a goalkeeper when they have both Caroline Stanley and Caroline Casey. But Sheridan can come in and not only challenge those two at that position but she can also possibly win the job outright. She was one of the best shot-stoppers in the college game and has been knocking on the door of getting fully into the senior Canadian national team.

In the back end of their three picks, Sky Blue brought in three attack-minded midfielders/forwards who can all push for places in the roster. Catrina Atanda was a revelation in her senior season for Clemson — 12 goals and she can also pull the strings if needed higher up the field. Madison Tiernan will reunite with her old Rutgers teammate Erica Skroski as well as staying right in her home stadium at Yurcak Field. And with the Boston Breakers leaving McKenzie Meehan on the board, head coach Christy Holly swooped right in and picked her up. Meehan will go down as the best pure goal scorer Boston College has ever seen and can attack out wide and complement Sam Kerr on the opposite side.

Head Coach Holly has absolutely nailed the two drafts he has been a part of as Sky Blue’s head coach. He doesn’t always go for the flashy players who are going to light up the score sheet. Instead, he gets the players who will be assigned a specific role within the team’s concept and pushes them as hard as they can to hit their fullest potential. That was how Sky Blue stayed in the playoff picture for as long as they did last year and no doubt after this draft, which I put them as having one of the top-three best draft days of all the teams, they will be right back pushing for a playoff spot.

The real big pick was getting Sheridan into the squad as Holly wasn’t afraid to say he wasn’t fully pleased with the performance of his two goalkeepers last season. He needs them to be pushed and Sheridan will do exactly that. And if she wants to keep her place within the Canada national team, she will do as much as she can to take the number one job and not look back. All in all, all six of these players could make it onto this team and make an impact on the season.

Kayla Mills and Miranda Freeman talk about playing together for Sky Blue in the upcoming NWSL season.