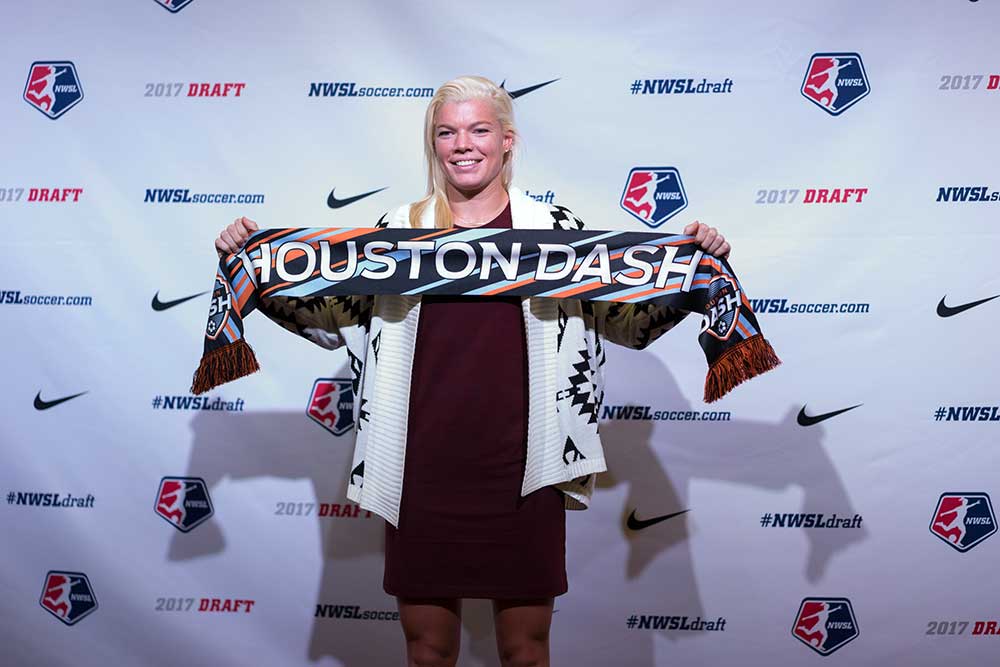 The Houston Dash stole Nichelle Prince out of the third round and added a strong goalkeeper in Jane Campbell, who will compete and push the Dash’s existing corps of shot-stoppers.

It’s was an intriguing decision by head coach Randy Waldrum to go with a goalkeeper with his first overall pick. Mostly because Lydia Williams and Bianca Henninger are expected to return to Houston this year. However, regardless of how the situation turns out, Campbell has been the most consistent goalkeeper in this group throughout her collegiate career with a 0.65 goal against average (GAA) in 84 appearances at Stanford and 35 clean sheets. She is fundamentally sound with her hands and can distribute as well so perhaps she could slide into an early contender as a No. 1.

Nichelle Prince was an absolute steal at No. 28. She was a standout for Ohio State and is already being tabbed as a real contender for first-team action with Canada after winning bronze with this past summer in the Rio 2016 Olympics. Erin Smith will add depth as a defender and has experience playing in top-level matches after playing a key role in Rutgers’ run to the College Cup in 2015.

Waldrum may have very quietly put together a good draft with minimal picks to work with. Obviously he had to give up a little something to get Prince but the fact that an Olympian and national team player was available in the late third round was stunning enough as it was.

I’ve always rated Campbell very highly as a goalkeeper and she has a very good professional career ahead. Should pieces get shifted around, Campbell could lead this team sooner rather than later. In my preview, I said adding defensive cover would be key and Smith has been a big piece in Rutgers’ success the past few years after starting 73 consecutive matches to finish out her career. With a bit of consistency from all three draftees this season, Waldrum very well might walk out with a strong return on initial investment.