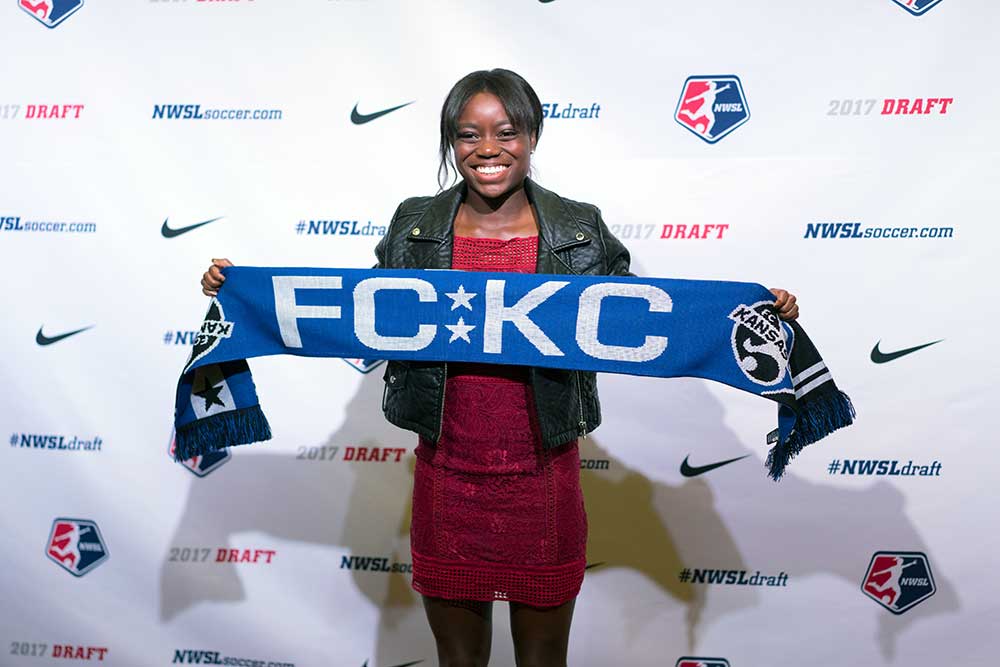 FC Kansas City quietly had a monster draft that should position the two-time league champions for a strong 2017 and well into the future.

Head coach Vlatko Andonovski called Christina Gibbons “the best problem-solver in this draft class.” And that is high praise for the outside back out of Duke. She is technically gifted and can, as Andonovski alluded to, work out of tight spaces with ease.

Toni Payne and Stephanie Ribeiro have proven themselves to be quality goal scorers at the college level and possess a lot of pace that can torment back lines. Payne, in particular, has a bullish effect in the box where she is not afraid to get into the dirty areas to score goals, similar to Shea Groom.

It was a shock to see Alexis Shaffer’s name drop to the mid-third round and even more surprising to see Rashida Beal available at No. 35. Shaffer comes out of a great program at the University of Virginia and will have no issues with the short passing and possession game that Kansas City plays. Beal is a blue-collar, no-nonsense defenders who can get the job done and add a little grit to a back line that needs a hard-nosed defender in their ranks.

When asked how he continues to have successful drafts, Andonovski sheepishly grinned as if to say, “Hey, sometimes I guess I’m lucky.” Well, it’s a bit more that just luck. Andonovski has a brilliant scouting record over the years and he’s never really wasted a pick in any draft. This year he raked in three first team All-Americans (Gibbons, Ribeiro, and Shaffer), a second team All-American (Beal) in the fourth round, and a former U.S. youth international (Payne) to win the draft. The Blue became deeper across all three lines and all of these players could fight for starting XI roles in April. For a team that failed to make it to the playoffs last year after winning the league the two years prior, you need to spruce up the existing roster with competition and hungry players. With these players mixed into the current roster, the Blues will be right back into the postseason mix.

Duke’s Christina Gibbons reacts to being the No. 5 overall pick.