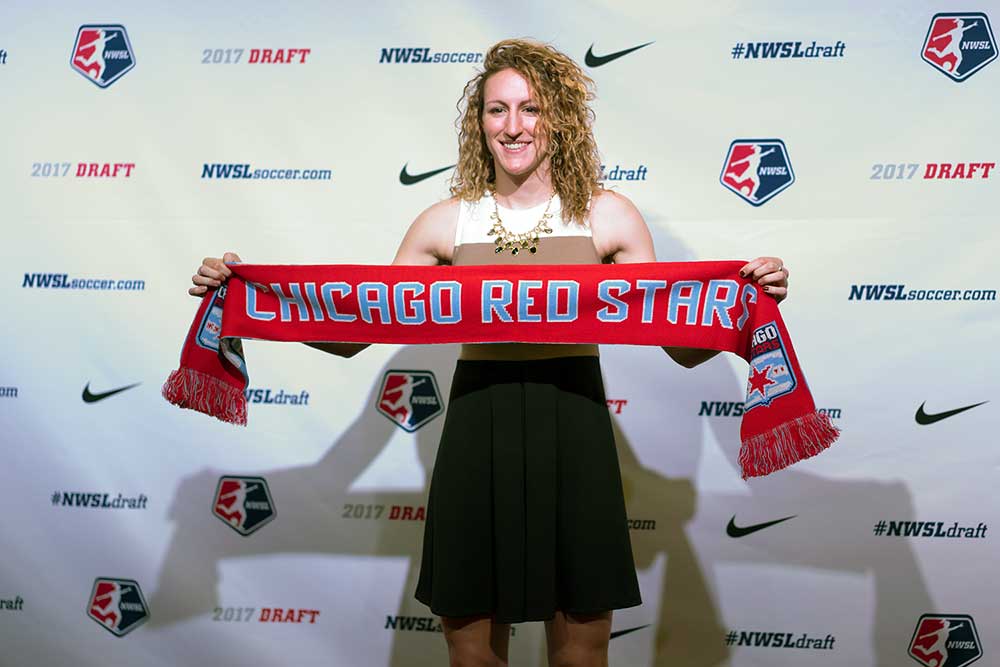 The Chicago Red Stars selected three players in the 2017 National Women’s Soccer League (NWSL) College Draft. But with a roster that returns 19 players, it might be tough for the draftees to find a spot on the roster right off the bat.

Michele Vasconcelos was one of the more underrated players coming into this draft and the Red Stars certainly gave up a bit to get her (though in a different trade, they picked up a first-round pick for next year so it all worked out in the end). But the BYU striker, as a secondary option to Ashley Hatch, had 16 goals this year and scored in seven straight games while being named the WCC Player of the Year for her efforts.

Not to be outdone, Morgan Proffitt was the Big East Player of the Year on the defensive side and has U.S. U-23 youth team experience under her belt. With Marquette traditionally being a preseason tune-up game for the Red Stars every season, head coach Rory Dames will have had plenty of opportunities to see her play in action and must have seen something good in her game to give her a go. UCLA’s Lauren Kaskie is a versatile player and can play both as an attacking midfielder and as a forward if needed.

Admittedly, Dames knows he faces a little bit of a predicament heading into this season. He has a roster he has built up through the draft process and has molded them into a perennial contender in the title chase. The issue lies in NWSL league rules that allow a maximum of 20 contracted players at any one point during the season. The Red Stars return 19 players from last season and have added Summer Green in the offseason. If any of the three newly drafted players want to make the team, they will have to make a real strong case for themselves and displace one of the current players on the roster. Dames, similarly to the Breakers’ head coach Matt Beard, could ask one or more players to spend time playing with the Red Stars Reserves in the Women’s Premier Soccer League to stay further develop and be ready in case a first-team player is injured, traded, or so on. If the goal for the Red Stars was to add depth out of the draft, they certainly got it.