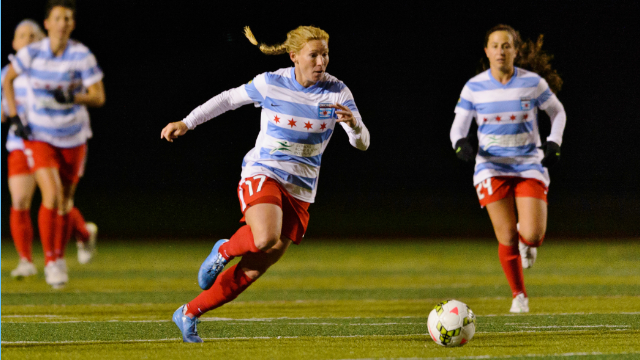 “For a lot of the last couple of years, I was just trying to stay in the moment and take it day by day,” explained the St. Louis native in a statement. “That said, I had a pretty good idea of my decision by the end of this past NWSL campaign. After the World Cup, I wanted to let all the buzz about it play out and get back to normalcy a bit to see where I was at. So I definitely took a lot of time to think about it and came to a decision that I’ve felt really good about during this offseason. That’s why I’m ready to announce it.”

“After winning the Word Cup, which was something I had dreamt about my whole life, it was tough to come off that high and continue. At the same time, I have some chronic injuries and things I’ve been dealing with for a while now, and my body was simply telling me that it was time. To be honest, those two factors coming together made the decision a lot easier.”

Chalupny represented the U.S. more than 100 times, including at the 2007 FIFA Women’s World cup and at the 2008 Beijing Olympics, where she won a gold medal. She was considered one of the world’s best left fullbacks until a series of concussions kept her off the national team from 2009 until a call-up in 2014 after being medically cleared by U.S. Soccer. In 2015, Chalupny was named to the U.S. roster for the 2015 World Cup, which the U.S. won, 5-2, over Japan.

Chalupny continued to play at the club level, however. She was drafted by the Saint Louis Athletica in the Women’s Professional Soccer (WPS) league in 2009, and moved to the Atlanta Beat after Athletica folded during the 2010 season. She stayed with the Beat until the league folded in 2012. Chalupny played for the Chicago Red Stars in the Women’s Premier Soccer League Elite (WPSL Elite) and in Sweden’s Damallsvenskan with AIK Fotboll Dam in 2012. In 2013, Chalupny joined the Red Stars in the NWSL’s inaugural season.

It’s tough to say goodbye..this game has given me so much but the time is right. Thank you to my teammates/coaches/fans for everything!