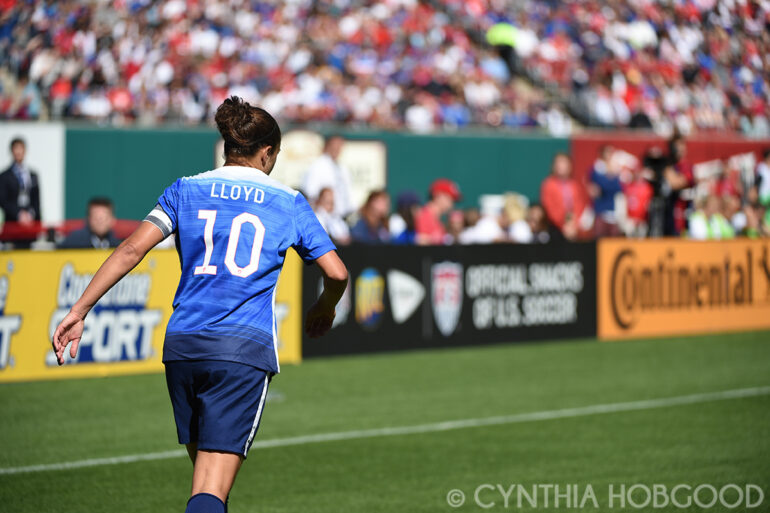 U.S. Women’s National Team (USWNT) midfielder Carli Lloyd has been nominated for Sports Illustrated’s 2015 Sportsman of the Year award for her hat trick — the fastest in World Cup history — in the final of the 2015 FIFA Women’s World Cup. Lloyd scored six goals in the tournament and won the Golden Ball as the tournament’s best player.

In 1999, the USWNT won the award — as Sportswomen of the Year — after winning the 1999 World Cup, and is the only soccer team or athlete to win the award since its creation in 1954.