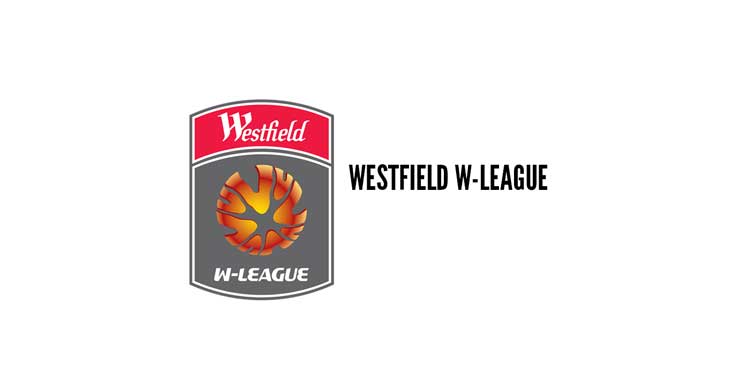 Round 11 was a little wacky, with the four games split over two weekends and a make up game from round eight. Melbourne Victory also headed to Japan for the Nestlé Cup, or the national club soccer world championships. More on that in a moment, let’s recap what happened in the W-League over the past two weeks.

The Narrative: With a win Melbourne locked themselves into one of the three remaining playoff spots up for grabs while a loss meant they still would have had some anxious waiting in store as this was their last regular season game. As for Newcastle, a win would have made their postseason fate much more secure, but the loss doesn’t eliminate them just yet and their fate still remains in their own hands. After several rough patches throughout the season, Melbourne has turned it on as of late, and are currently on a three game win streak. Newcastle faces off against Sydney next weekend looking for a playoff spot.

The Player: Racheal Quigley has put together an excellent season for Melbourne. On a team with the offensive minds of Lisa De Vanna and Christine Nairn, she may not be the first name to jump out at you, but she’s easily been the most consistent scorer on the team this season. She had a hat trick to show for it in this game, putting away any chance of a Newcastle upset. Quigley does well to make dangerous runs and get herself into the box and she finished her chances in this match.

Worth A Shout: Its not often we see Lisa De Vanna with a hat trick of assists as it has become customary for her to be scoring them, but she was the main distributor in this match. De Vanna assisted all of Quigley’s goals, and did an excellent job playing the long ball and serving in crosses. Perhaps Melbourne is at their best when the forward focuses on creating chances and not just scoring them.

The Narrative: While the other matches this week had potential playoff implications, this match up was more for pride than points between the two bottom teams on the ladder this season. Adelaide was a young squad this season that earned a lot of experience that should benefit them next year if they can keep all their pieces in place. Western Sydney took a beating from several top teams this season, but also provided a few entertaining upsets of their own. Adelaide’s season is finished, while Western Sydney closes out the season against Brisbane.

The Player: Its been a trying season for Keelin Winters at Western Sydney. She’s gotten a little beaten up in a few games, and the results haven’t exactly been the best for the Wanderers. That being said, Winters was a huge leader on this team and put in a solid performances week in and week out in the midfield. This week she benefited from two penalty calls, and calmly netted both of them to give herself a brace and her team a point heading into their final game.

Worth A Shout: This was Adelaide’s last game of the season, so I’m giving shout outs to both Kristy Moore and Alexandra Chidiac. Moore was one of a few veterans on Adelaide’s roster, and she’s really helped this young team put in several big results this season. As for Chidiac, she got her first ever W-League goal late in the game to preserve a point.

The Narrative: Brisbane has caught fire over the past few games, but unfortunately it’s far too little far too late for last year’s runners up. They’ve only lost one of their last four games and have finally been able to finish the chances they’ve been creating all season long. With the loss, Canberra is in a precarious position, and in danger of missing out on the playoffs this season. They simply haven’t played up to their talent level this year and it’s been disappointing. They can still make the playoffs but it will more than likely require a win against Perth next week, which is no small task. Brisbane faces off against Western Sydney.

The Player: Despite Brisbane’s poor record on the season, Katrina Gorry has been a bright spot with her excellent play in the midfield. Gorry rightfully won the award for AFC’s Women’s Player of the Year, so at least she’ll have that to hang her hat on after a down year for her club side. Her goal in this one was the game winner, capping off a big-time comeback for Brisbane. While the three points don’t mean much for Brisbane, playing spoiler for Canberra creates lots of chaos.

Worth A Shout: Tameka Butt’s season will also be overlooked due to Brisbane’s poor record and low position on the final ladder. Brisbane’s midfield is clearly its strength with the trio of Gorry, Butt, and Raso providing an excellent spine down the middle of the field. Talent alone wasn’t enough this season, but I look forward to seeing them next year.

The Narrative: I can confirm that Perth is still a very good soccer team. Even with the Premiership title locked up, Perth haven’t taken their foot off the gas pedal whatsoever. There’s nothing else for them to accomplish in the regular season, but they’re clearly gunning to ruin as many playoff hopes as possible before they head to the playoffs. The loss is a bad one for Sydney, who have seemingly fallen off since their excellent first half of the season. They have a big showdown with Newcastle next week, which is a must win if they want in the playoffs. Perth can dash another team’s hopes as they plan Canberra.

The Player: Sam Kerr is absolutely ridiculous. The speedy striker set the tone for the match with her early goal, and continued to harass the Sydney defenders all game long. Kerr finished the game with a hat trick and gets bonus points for one of her goal celebrations, which honored the late cricket player Phillip Hughes. It was a monstrous regular season for Kerr, and if she continues her form into the playoffs, Perth could be impossible to beat.

Worth A Shout: It’s been a while since we’ve seen Kyah Simon on the soccer field. Simon was put in the game mid-way through the second half, and it was the first playing time she’s seen since tearing her ACL last year playing in a friendly for Australia. Here’s hoping Simon felt solid after getting back into the game and that we see more of her next weekend, and perhaps in the playoffs.

The Narrative: This game was a make up after being cancelled way back in Round Eight. This seemingly worked out better for Newcastle, as they got a chance to redeem themselves after their big loss to Melbourne. With the win they keep themselves in the playoff conversation, and got themselves in a “win and you’re in” situation for next week. It’s great to see Newcastle’s rise to the top after a disastrous season last year, but the question remains if they know how to win in what’s going to be a very high-pressure game against a good opponent in Sydney. Adelaide is finished with the regular season.

The Player: Tori Huster’s stat sheet isn’t one of the most eye catching in the W-League this season but she has been a huge part of Newcastle’s success. Huster provides stability in a midfield that last team’s blew right through last season, and does an excellent job of balancing when she goes forward in the attack and when she gets back to defend. She’s showed that she can be an offensive threat as well, scoring a big goal in this game to help her team stay alive for the playoffs.

Worth A Shout: After a rough performance against Melbourne that saw five goals against, defender Georgia Yeoman-Dale put in an excellent performance in a shutout effort against Adelaide. Not only did she play shut down defense to keep the visitors off the scoreboard, but Yeoman-Dale got involved offensively too, with excellent service into the box.

Could have gone either way for Perth of Melbourne for the team of the week, but picking Perth is old news. They’re the best team in the league, they score lots of goals, and they’re in the playoffs, nothing to see here people. As for Melbourne, they held their playoff fate in their own hands, and took advantage of that opportunity against a Newcastle team that was also looking to secure their first playoff berth since 2008. Melbourne has been inconsistent this season, but seems to be picking things up at just the right time. They’ve guaranteed themselves a playoff spot, which was in doubt mid-season.

Also, Melbourne headed to Japan to play in its first ever international club tournament. The Nestlé International Women’s Club Championship started on Sunday, and Melbourne had a first round match against Japanese Nadeshiko League champion Okayama Yunogo Belle. Melbourne was blown away by the Japanese side, losing by a score of 5-0. The loss meant Melbourne is knocked out of the tournament and will head back to Australia to prepare for its upcoming semi-final match.

While the results in Canberra vs Perth will certainly hold some weight in determining who make the playoffs, this game is essentially for the last playoff spot. This past week saw both teams lose, and lose big at that, allowing multiple goals and scoring none. This game is a chance for redemption for the two of them, but there will be immense pressure riding on this game. Sydney was riding high on the ladder all season long, but a loss here could eliminate them. Newcastle has made an incredible turn around from last season, and getting into the playoffs would be the perfect cap, but nothing’s guaranteed without a win.