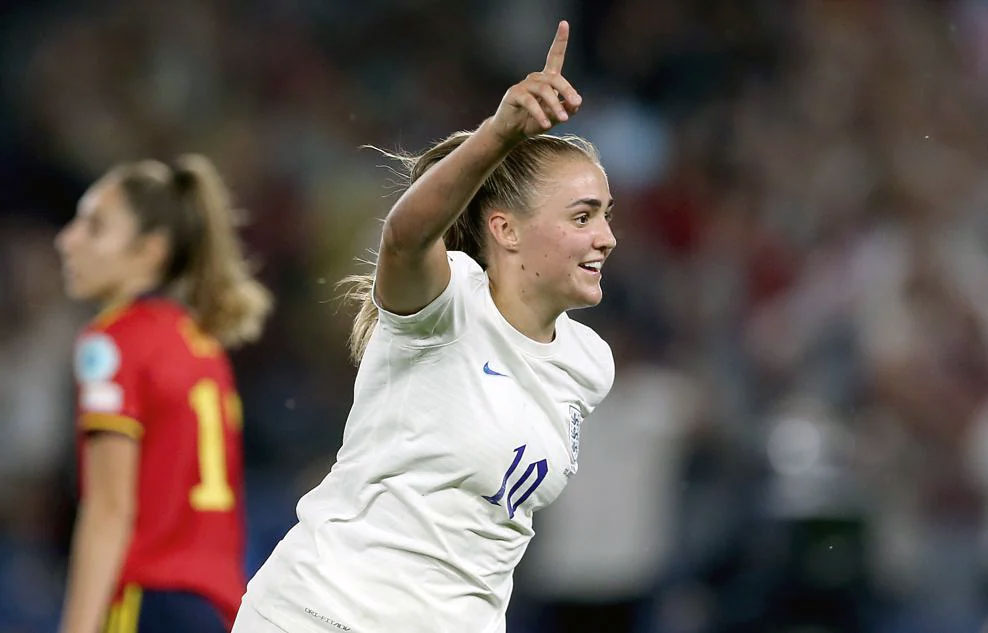 Even at their darkest moment under Sarina Wiegman so far, it felt different. The crowd believed, Wiegman believed and very clearly, England believed.

This wasn’t meant to be Georgia Stanway’s tournament. The pretournament hype extended only to her move to Bayern Munich, such was the expectation that Leah Williamson and Keira Walsh would hold down the midfield as we’d seen so often during Wiegman’s first year in charge.

Maybe Spain didn’t notice either, given how two of the best defenders in the world allowed her to stroll forward and do what she’s been doing since she was a teenager, finding the top corner of the net from distance.

This, though, was her most special yet, in extra time, against Spain, to send England to Sheffield and a fourth consecutive semifinal.

This was not the all inclusive glamor performance the AMEX saw against Norway, and England was far from at their best for the most part, but like I said, it felt different.

It did not go all to plan. Spain enjoyed the better of the first half and certainly the better of the second after the introduction of the brilliant Athenea del Castillo, who didn’t deserve to be on the losing side.

It was the Real Madrid winger who set up Esther González’s opener, and put England behind for the first time in the tournament.

Wiegman, as she is not afraid to, made big calls, her biggest yet. Tournament star and England’s top scorer Beth Mead was withdrawn, it was the first “really?” against Wiegman’s name in her first year in charge.

She threw Millie Bright up front again, partly because it has worked before, partly to save Rachel Daly from Athenea, and introduce Alex Greenwood. Within minutes, it worked. The combination of Bright and supersub once again Alessia Russo was too much to deal with, and it was Russo who nodded Lauren Hemp’s cross into Toone’s path in the nick of time.

It wasn’t the Old Trafford knee slide Toone dreamed of, but it looked and likely felt pretty good all the same for the 22-year-old. From there on, it seemed inevitable there would only be one winner.

Because this is a new England, with a proven winner at the helm, who stands one game away from a third successive major tournament final. She may have big decisions to make against Sweden or Belgium given Ellen White and Fran Kirby struggled, and Russo and Toone were again the saviors, but Wiegman won’t be bothered about that, she has been absolutely unbothered about anything so far.

You could analyze it until you’re blue in the face, how Ona Batlle and Olga Carmona stopped Hemp and Mead, how Millie Bright was again immense, how a cross from Athenea came within inches of making it 2–0, and how in fairness, several Spanish players were excellent.

Mariona Caldentey and Teresa Abelleira, in particular, while Aitana Bonmatí at times ran the show. If Spain had walked away with a semifinal spot after 90 minutes, England probably couldn’t complain, but this is a new England, an England one game away from a Wembley final.

For now, nothing else matters.