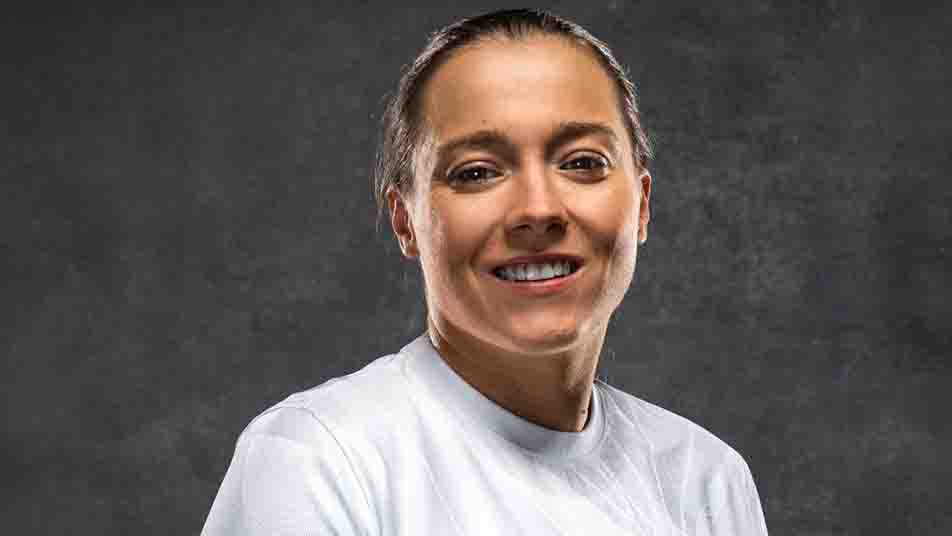 Richard Laverty·
EnglandEuros
·June 22, 2022·5 min read
Share
You can only do as much as you can and hope that you’ve done enough, and for me, luckily I was one that did.Fran Kirby

Fran Kirby says she had some “honest conversations” with England head coach Sarina Wiegman leading up to the selection for the Euro 2022 squad as the Chelsea star battled to win her fitness race to be ready for the tournament after missing a chunk of the domestic season’s second half.

The 28-year-old joked it was like the X Factor waiting to find out if she’d been selected and is delighted to be back fit and ready to compete for a place in the team.

“It was one of those when you’re sitting there waiting for your phone to light up and say, ‘go to the room,’ a bit like X Factor, but no, it was nice,” said Kirby.

“I walked in and I saw her smiling so then I was like, ‘Okay, hopefully she’s not smiling and sending me home.’ But yeah, it was really nice. She told me that she knew all along I was going to be an important part of this team, and we had some really honest conversations leading into it.”

“I said to her, ‘I need you to be honest with me and I’ll be honest with you,'” Kirby expanded. “‘If we both feel like I’m not ready, then we make that decision.’ Obviously, it was a good conversation and she could see in the two weeks going into the Euros that I was growing in the team and I was in training and didn’t really feel like I’d been away, so that’s always a nice feeling.”

The versatile forward was just about fit for the very end of the domestic season, but despite missing a large chunk of games for club and country in the countdown to the tournament, Kirby feels she had done enough to be selected.

“Yeah, I think so,” she said. “That was a conversation I had with her. I gave everything I could in those two weeks to show I was in a good place going into it and she’s the one who makes that decisions in the end.

“You can only do as much as you can and hope that you’ve done enough, and for me, luckily I was one that did.”

Kirby got the chance to work with new head coach Wiegman and face top opposition in February’s Arnold Clark Cup where her late goal against Germany helped seal the inaugural title for the Lionesses.

After a serious of honest conversations with Wiegman, Kirby says her early relationship with the new boss has been “really good” and the Euro 2017 champion has always been in communication with her.

“Obviously, with my injury and illness history, it does take me a bit of time to recover from certain situations, or maybe there’s sessions where I can’t do the full session when we’ve had a game or we have a busy week.

“There’s been constant communication there and I feel like Sarina’s really taken it on board and she’s really managed the load, not just of me but everyone in the room. I think previously in England camp, we’ve all felt that we’ve had to all do exactly the same thing all the time, but everyone’s body is different, everyone’s body reacts differently to different situations.”

Kirby added, “I think she’s been really honest, but also at the same time, when you’re working, you have to put the work in, and as long as you’re doing that, I think she’ll look after you and make sure you’re in the best place going into games.”

It was after the Arnold Clark Cup in February that Kirby’s domestic season largely came to a premature end as she missed the majority of Chelsea’s run to a league and cup double, only returning to the squad for the final of the latter in May.

But despite a lack of game time, Kirby admits she didn’t feel a “fear” that it wasn’t going to happen for her and simply focused all her energy on being in the best place she could be to put herself in contention for selection.

“I wouldn’t say there was fear, because I just didn’t really think about it. I never really had in the back of my mind, ‘Oh my god, I’m not going to get selected for the Euros now,’ because I just wasn’t focusing my energy feeling like that.

“Going to Chelsea training, I had conversations with Emma [Hayes] and just said, ‘Look, what will be will be, if I’m ready I’m ready.’

“I’m a believer that things happen for a reason,” Kirby added, “and either I’m going to be a part of the squad or I’m not. If I show, and I don’t get picked, then at least I know that I’ve done everything. There was definitely relief to get selected, but I don’t think it was a case of thinking about it every day, because it’s not in your control, it’s as much as you can do.”

After suffering extreme fatigue and extreme exhaustion, Kirby struggled to get a specific diagnosis on what she was suffering with and never did, even having an oxygen tent put in her house to help with the recovery process.

The attacker admitted it “opened my eyes” to the journey she had to go on, but had a lot of people reach out to her as she privately battled to get back to full fitness again.

“I had some amazing people reach out to me and speak to me,” she said. “Not just women’s football fans, other sports, other competitors who have gone through very similar things to me. Psychologists reaching out saying they’re working with players who have the exact same feelings, so it was helpful in a way that I got to learn so much from other people, who unfortunately are going through and are still going through the feelings and what I kind of went through back then. So it’s definitely opened my eyes in terms of, if you do openly speak out about situations you’re going through, there are others that are going through the same thing, who can reach out and help you with those situations and I think that helped me.

“I had a marathon runner reach out to me, another footballer, a rower, it was loads of different sports reaching out saying, ‘Oh, well, I felt this actually helped me, this helped me, and this helped me,’ it gave me loads of ideas that I could use.”

While Kirby says she didn’t overly worry about whether or not what she would make a once in a lifetime home European Championships, she did admit there is a different feeling this time around and one she’s clearly glad to be a part of.

“I think there’s a lot more excitement being a home Euros. I’ve played in a few tournaments now and I’ve always felt like it’s been growing each time. Each tournament has grown bigger and bigger, so hopefully this one can go to another level.

“Every time, of course, when you get selected for England, it’s an amazing feeling, but I think this one being a home tournament, it’s extra special knowing for me, all my family can be in the crowd, or it’s not in Canada where my family can’t manage to get out to games, so I think little things like that are going to make a difference.”