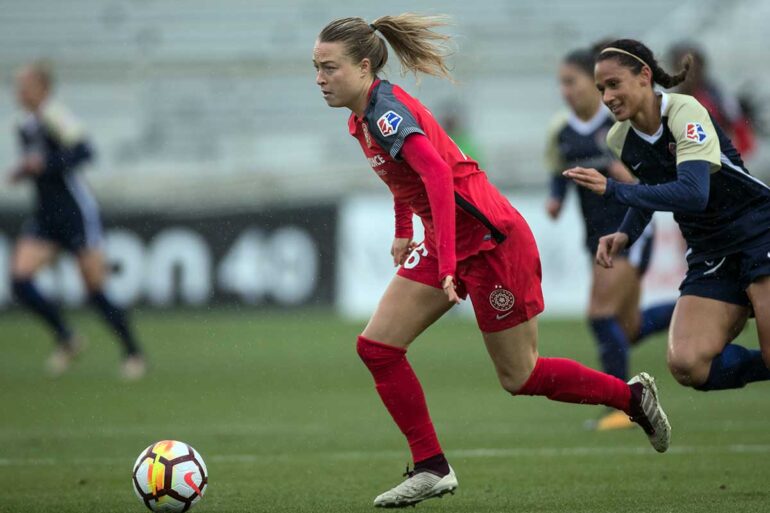 In a major trade in the National Women’s Soccer League (NWSL), the Portland Thorns send defender Emily Sonnett, the rights to forward Caitlin Foord, and the 7th and 14th picks in the 2020 NWSL College Draft to the Orlando Pride in exchange for the No. 1 overall draft pick in the 2020 draft.

Sonnett, currently allocated by U.S. Soccer, was the No. 1 overall pick in the 2016 NWSL College Draft out of the University of Virginia. During her four seasons with Portland, Sonnett appeared in 72 matches, scored six goals, and added two assists. Sonnett helped the Thorns win the 2017 NWSL Championship, and was named to the 2018 NWSL Best XI and 2019 Second XI.

Australian international Foord spent two years in Portland and made 26 appearances for the Thorns, scoring three goals and assisting twice. Prior to Portland, Foord was a member of Sky Blue FC from 2013 to 2015. Foord holds a green card and were she to remain in the NWSL, would not occupy an international spot on Orlando’s roster.