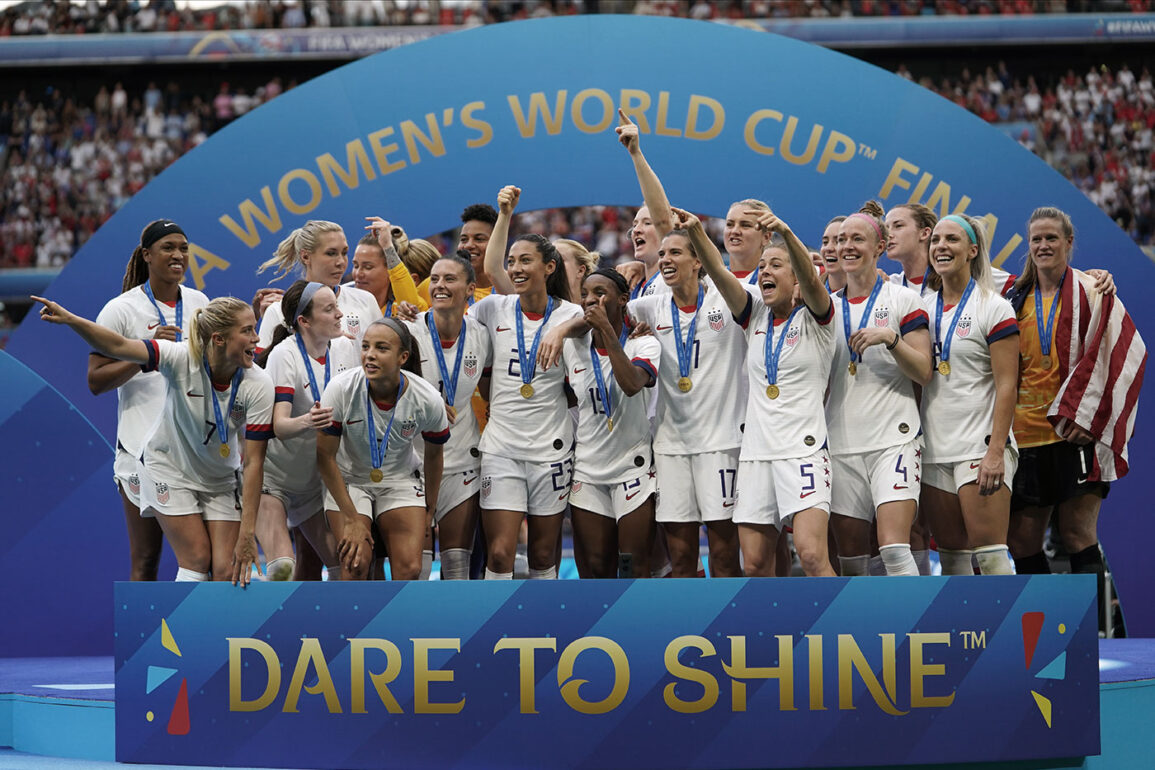 Arms aloft, the stage was hers. After all the talk, all the buildup, all the digs at the organization hosting the tournament, it had to be Megan Rapinoe who landed the killer blow to send the United States on their way to a fourth World Cup and a fourth star on the shirt.

Standing at the side of the pitch, it was her moment as her teammates, both on the pitch and from the bench, flocked to her like disciples mere moments after she’d stroked a penalty into the bottom corner of Sari van Veenendaal’s net.

If Rapinoe deserved her moment, so did Rose Lavelle. The youngster, who was superb in the U.S.’s semifinal win against England, landed the fatal knockout, gliding through midfield with ease, opening up the angle on her left foot, and firing the ball into the same corner that her teammate had just minutes earlier.

In eight Lyon minutes, the U.S. cemented themselves once more as the dominant force in world football, defending the title they had earned in emphatic fashion against Japan four years ago.

For an hour, it had been a tight, tense, and indeed physical encounter. But in just a few minutes, Jill Ellis’s side had done enough to ensure the final 20 minutes were nothing but a formality, a mere tick in the box.

Ellis made two changes as Rapinoe and Sam Mewis returned to the starting eleven with Lindsey Horan back on the bench, while Lieke Martens was fit enough to return to the Netherlands’ lineup.

It what became a cagey opening 20 minutes, the European champions were happy to sit and try to counter the U.S., with Lineth Beerensteyn often drifting up front in place of Vivianne Miedema to use her pace against the U.S. defenders.

The defending champions, though, created the better openings and saw more of the ball as they failed to score inside the opening 12 minutes for the first time this tournament, or indeed the first half as a whole.

As the first half wore on, chances began to arrive for Ellis’s side, but as so often has been the case this tournament, Dutch captain van Veenendaal was on hand several times to thwart the U.S.

First, the former Arsenal goalkeeper somehow got a hand on Mewis’s powerful header from close range, before seconds later pushing Alex Morgan’s effort onto the post as the Orlando Pride striker went in search of the golden boot.

Both chances came after two successive inch-perfect crosses from Rapinoe, and van Veenendaal had to be alert again minutes later to push a Morgan effort from outside the box around the post.

Sherida Spitse’s late deflected free kick brought a corner which for a while the U.S. failed to clear, but they’d done enough to keep the game scoreless by the time the break came around.

A nasty collision of heads between Martens and Kelley O’Hara saw the latter replaced for the second half, with veteran right back Ali Krieger on in her place.

After the controversy it has caused during the tournament, it seemed fitting the game’s opening decisive moment was VAR-related.

When Stefanie van der Gragt caught Morgan with a high boot inside the area, referee Stephanie Frappart awarded the U.S. a penalty after checking on the monitor, and Rapinoe had her moment on the biggest stage.

Sending the ball into the corner, Rapinoe wheeled away and re-enacted the celebration from the opening minutes of the France match that have now become so vivid in the imagination.

Almost as soon as the celebrations had subsided, they’d started again. This time Lavelle, topping her week off with a wonderful solo goal, fired into the bottom corner as the European champions threatened to unravel.

It was only for the heroics of van Veenendaal that they didn’t. The champions could have added two or three more in the period immediately after the second goal, but for a Tobin Heath slip and two more saves to deny Morgan and then Crystal Dunn, but it was only to delay what had quickly become the inevitable as the game fizzled out and the U.S. ensured the trophy went home with them for a fourth, and second straight, time.