The USWNT Defeated Thailand by Scoring Goals Like It’s Their Job, Which is Exactly the Point 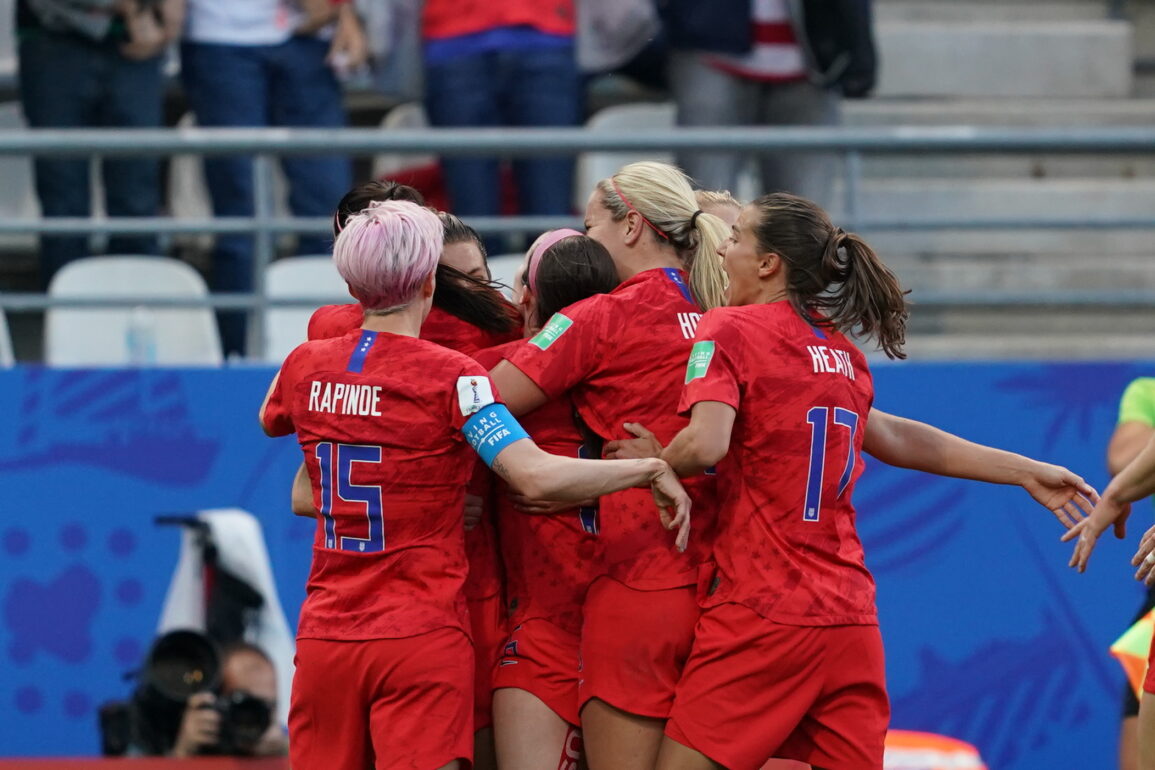 To be respectful to opponents is to play hard against opponents. — Jill Ellis

[dropcap]T[/dropcap]he U.S. Women’s National Team (USWNT) opened up their 2019 World Cup title defense with a 13-0 win over Thailand in Group F in Reims.

It was a record-breaking evening for the U.S., setting the record for largest margin of victory and number of different goal scorers (seven), and individually, Alex Morgan tied the FIFA single-game scoring record held by Michelle Akers with five goals set in 1991.

The U.S. wasn’t tested on the night but it was always going to be more about starting the tournament with confidence and working on in-game adjustments more than testing themselves against a strong opponent. Thailand, it must be said with the utmost respect, is currently ranked 34th in the current FIFA Women’s World Rankings and aren’t in a position to offer a significant challenge for the current world champions.

So it’s here where we start the Discourse.

The USWNT absolutely should not have pulled back or taken their foot off the gas pedal against an overmatched opponent.

We should feel uncomfortable about the scoreline not because of the number of goals scored or the dorky celebrations, but because of the disparity on display between the funding and support the U.S. and Thai federations give to their respective programs as well as a strange concern over sportsmanship in women’s sports.

The U.S. is a team made up of full-time professional athletes. It’s their job to train and play to the best of their ability. To ease up, whether in training or a match, is to be unprofessional.

Sure, this isn’t an apples to apples real-world comparison but the point stands: professionals are paid to do a job. The U.S. is here to do its job: win the World Cup.

Members of the USWNT are paid to go full throttle. (Whether they’re paid equally… )

It’s their job to win. Literally. This is the World Cup, the ultimate prize in soccer. They are soccer players. The players are here to win a World Cup.

Again, it is, literally, their job. There’s no holding back, especially in the World Cup.

Germany beat Brazil, 7-1, in the 2014 World Cup final that Brazil hosted and there wasn’t any hand-wringing over the final score.

U.S. head coach Jill Ellis isn’t having any of it, either.

“I’ll be honest: I sit here and I go, if this is 10-nil in a men’s World Cup, are we getting the same questions?” she said in the post-match press conference.

We’d still be having Discourse had the team backed off and instead knocked the ball around, leading to questions about professionalism and lack of respect. For the U.S., it’s a case of damned if they do, damned if they don’t.

Underlying this, too, is the sentiment that the USWNT somehow failed to be classy role models. My goodness, think of the children. What this does is place the USWNT as role models first and players second, a distinction that is never a question in men’s sports.

Whether the USWNT should have to be anything other than professional athletes in the first place is a long overdue question.

“When it comes to celebration, I think this was a really good team performance tonight and I think it was important for us to celebrate with each other,” Alex Morgan said after the match.

Years of work go into the few seconds around scoring a goal. So when Mallory Pugh, debuting on the world stage at soccer’s ultimate showcase event at the age of 21 scores her first goal, she gets to celebrate and her teammates get to celebrate for helping her get there.

If Susan from accounting crushes her quarterly sales goal and creates a killer Excel macro to help fill in columns, she too gets to celebrate. So if she wants to do a back flip in between the cubicles, instead of side-eyeing Susan, push the chairs back to help her stick the landing.

After the final whistle, after their job was done, several U.S. players, recognizing the difficult evening for their opponents, reached out to the Thai players; Alex Morgan shared a few words with her Cal Bear counterpart on the Thai side, Miranda Nild.

Nild, born in the U.S., was emotional in the mixed zone after the match, but it was more about the overall experience rather the entire experience.

“I think it’s all kind of hitting me at once. I think the experience was incredibly emotional, even before the game. So I think just now after it ended, kind of like shaking all the players’ hands, it was just so awesome.”

As for whether she thought it was overkill for the U.S. to continue scoring, Nild put it in perspective:

And while some may clutch the pearls at the perceived disrespect to Thailand, the team’s supporters have a different view.

We can talk about margins of victory, goal celebrations, and sportsmanship all we want, but those are smokescreens providing cover for the real issues.

The underlying root of the problems on display in the match between the U.S. and Thailand are found in the disparity in funding and support between the two programs and speaks to the problem in structural and systemic inequality in how the majority of federations choose to run their women’s programs (if they even have them at all).

That inequality doesn’t just stop at the individual federation level. The way in which World Cup qualifying is handled by confederations has to change. Too many teams are inactive for long periods between major tournaments. Qualifying tournaments are crammed into ridiculously short time periods, UEFA being the exception.

Thailand gave it all they had but it’s clear they need to improve in order to compete at the World Cup, and they can’t do that without funding and support.

Moan and groan about goal celebrations in a 13–0 match all you want but try directing that righteous indignation at the causes of the problem, not the result of it.