Last But Not Least, the U.S. Women’s National Team is Ready to Start the 2019 World Cup 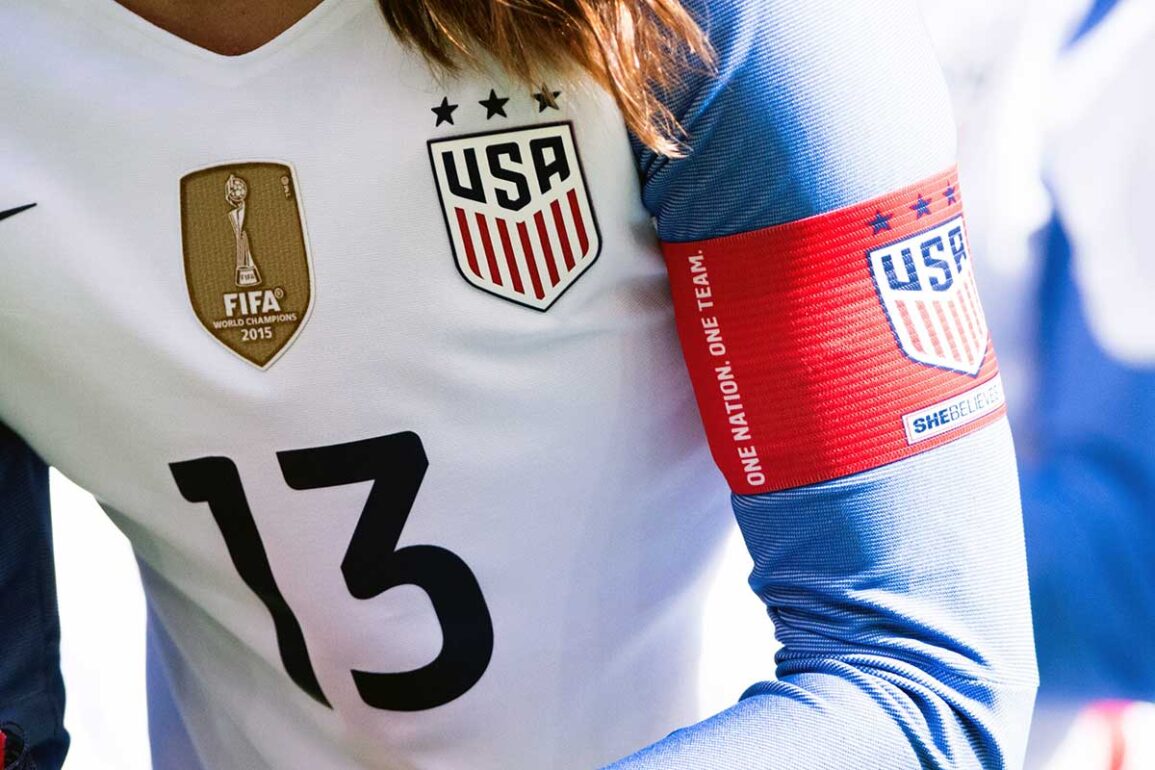 The U.S. Women’s National Team (USWNT) begins its world title defense against Thailand in Group F play on June 11 in Reims. It’s been four years, and if you’ve been following along in that time, it’s sometimes felt like a exceedingly very long four years. To say the process has had its ups and downs is an understatement.

There’s something poetic about the defending champs closing out the first round of group play, especially in light of France’s tournament-opening win against South Korea in a fashion that announced their intent to not just be content with being good hosts but as real spoilers to the U.S.’s chances of back-to-back championships.

U.S. head coach Jill Ellis was relaxed at the pregame press conference and those buzzwords flowed freely from the answers she and forward Alex Morgan gave to a packed press room.

No Pressure but Ready

That bubble the team talks about? The one where the cocoon themselves from social media as much as possible? It doesn’t include the matches, which several players have said they’ve been watching. Alex Morgan, says that after watching all of the games, she felt left out.

“The France game and all of the games we’ve been watching the last few days, it’s inspiring for me and I can’t wait to get on the field just seeing everyone play and just the excitement on their faces when they score a goal or just the raw emotion,” she said. “You know it’s why, initially, I was feeling left out because it’s very inspiring and I’m ready to get on the field.

The process for Ellis, too, has been a long one and now excitement takes over.

“Excitement, I think would be the best word to describe where I am personally and where our players are,” Ellis said. “I think when the tournament kicks off and you watch the games the anticipation for your first match grows.”

As for pressure, Morgan says it’s all part of the job, so to speak.

“Well, first off, I think this team has always had high pressure especially in big tournaments,” Morgan said, “and I think that’s for a reason: we have a rich history of success within this program and that’s one of the reasons that we set high expectations for ourselves and people’s expectations for us.

Despite the prospect of a juicy match against France in the knockout rounds, the task at hand is Thailand. Morgan and Ellis were clear about that. Ellis, in particular, views the group stage as a three-game tournament.

“We characterize it as a three-game mini-tournament,” she said. “Again, you can’t get beyond the first game because, I said this to the players and myself, there’s so many twists and turns in this plot that you just have to be ready to attack in terms of absorb or examine what’s in front of you.”

“To get too far ahead, I think it could be problematic in terms of looking beyond what’s in front of you. Right now, it’s selecting players for tomorrow’s game and then after that, you evaluate that and move forward. I think you have to approach it that way because, I think, again, there’s so many unknowns out there that I feel very confident in our preparation for the unknowns, meaning we’ve had players play positions if need to, we’ve had multiple players get a lot of playing time, and I think we’ve got a group that’s pretty well vetted in terms of just the minutes, the cohesion, the understanding of what their roles and responsibilities are on the field.”

Thailand, making its second World Cup appearance, will most likely sit low and defend. Miranda Nild has been seeing time in the midfield rather than the usual forward position she played at UC Berkeley (Morgan is also a former Cal bear), perhaps hinting toward shoring up the defensive line even more. Not a surprise.

At the pregame press conference, Ellis was asked about Carli Lloyd and her preference to start rather than coming off the bench. Will it be a distraction? Ellis says it’s not and in fact, called the internal drive to want to be a starter a “special quality.”

“I think every player has that,” Ellis said. “Part of when you talk about a team is you say, listen, if you’re an injured player your goal be healthy, if you’re a player that’s on the bench your goal is to want to be a starter, that’s the internal drive that you have to have to be able to help the team get across the line, so no issue with that.”

Lloyd is a game changer, Ellis says. She uses that word a lot. She used it to describe some of the squad selections; those players who can come in and change the game, whether through experience or leadership or a special skill set or sometimes both.

She’s right. World Cup-winning teams need game changers. The USWNT should win against Thailand, and they should advance out of the group stage. But to advance in the knockout rounds, the biggest game changer for the U.S. isn’t going to a player, it’s Ellis. Specifically, Ellis’s decision making. When the matches get tighter and teams start to sit lower and lower, will Ellis be up to the task to make the right substitution or adjustment?

History gives us head-scratchers as answers, most glaringly the match against Sweden at the Rio 2016 Olympics. Ellis makes good selections but seemingly has difficulty — or a reluctance — in making good choices. The distinction is a subtle one, and one that will be the game changer for the U.S.