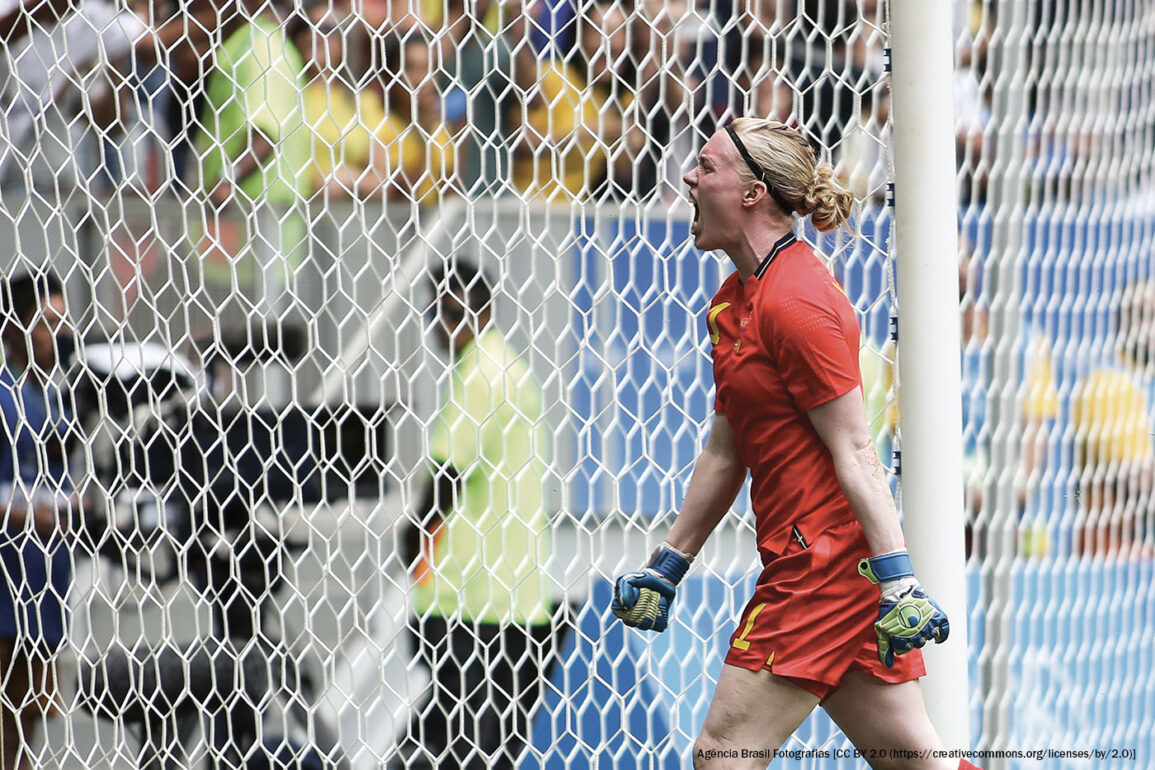 Gettin’ Viggy with It

[dropcap]T[/dropcap]he 2019 World Cup will give countless players the chance to announce themselves on the world stage and catch the eye of those who struggle to find reliable women’s football content outside of a few select leagues and nations. But for all the players looking to break through or make a name for themselves, there remain a handful of the old guard, gearing up for their fourth, fifth, or even seventh (we’re looking at you, Formiga) World Cups.

Likely to be the sixth oldest player at the tournament, Hedvig Lindahl knows that France will be her last chance to lift the coveted World Cup trophy. The goalkeeper admitted that not only does she “not have the energy to go four more years” but that her Swedish shot-stopping colleagues would probably be less than overjoyed if she was still suiting up in 2023.

Lindahl’s inevitable retirement will see a handful of goalkeepers bid to claim the Swedish No.1 shirt, and the Chelsea ‘keeper is keen to watch the fight play out.

“I look forward to the day that I have retired and I can sit in the stands or on the couch, or wherever I am watching, as I think there will be a big fight going on with the next generation,” she said. “There are many that have great ambitions and talents and it will be fun to see how it all pans out.”

Regarded as one of the best goalkeepers currently playing, the Katrineholm native is more than happy to act as a role model, but not just exclusively to the younger generations of goalkeepers. The goalkeeper always tries to behave as she “thinks a role model should behave” in her day-to-day life, the depth of her experience particularly of use for others between the sticks.

“I would like them to take inspiration from me and take knowledge from me as I feel a need to share knowledge now, it would be stupid if what I’ve learnt goes to waste,” Lindahl explained.

When Lindahl does choose to hang her boots up, it’s no surprise to hear that that knowledge will likely be shared on training pitches, but the 35-year-old isn’t just looking to become a goalkeeper coach. Likely to end up bored of solely coaching goalkeepers and a self-confessed “person who will always want to have a bigger role” the dugout seems to beckon for Hedvig.

The lack of understanding of the nuances of the role a goalkeeper plays on the pitch, beyond making saves and claiming crosses, is a detriment of coaches around the footballing world.

“I have a vision of me being a head coach at some point,” the goalkeeper admitted, aware that her skills and experience in goal could still be vital for a manager as “[some] head coaches have no clue what a goalkeeper does, and I feel that is a weakness for the team because the goalkeeper affects the team a lot.”

Before she was inspiring younger generations, the goalkeeper looked to her contemporaries to grow her own skills. Despite their similar ages, Lindahl remembers looking to Spain’s Iker Casillas for inspiration between the sticks, with the Swede remarking, “It’s funny that I had him as my big role model when he’s just a couple of years older but it speaks volumes to the publicity that a guy could get.”

Not one to copy but to create her own style in goal, Lindahl recalls being impressed by German Ursula Holl and the way “she was flying through the air,” whilst she was still in the Under-21 team. Norwegian great Bente Nordby is another Lindahl took inspiration from as well as China’s goalkeeping hero in 1999, Gao Hong. Her education continued into the new millennium with Silke Rottenberg and Swedish predecessors Ulrika Karlsson and Caroline Jönsson. Lindahl roundly admitted “they have all played their part” in inspiring her.

Looking ahead to the summer and the showpiece tournament, Sweden has been given a comparatively kind draw, landing in Group F with the Chile, Thailand, and the United States. Lindahl, aware that each team that has qualified for the World Cup has proven themselves and will not be in France by accident, said of the draw, “Anyone can win against anyone if they have a good day.”

Each match will present different tests for Lindahl and her teammates, although she is quietly looking forward to starting against Chile as the Chilean captain, Tiane Endler usually grabs the headlines. The match is “a game in a game” for the goalkeeper.

Expecting slight tactical changes for each opponent, the key to progressing from the group will be applying the things the team has been working on with coach Peter Gerhardsson. The shot-stopper is calling for her teammates to “Find [the] bravery to do those things even though they might not have not experienced the feelings and emotions that come with a World Cup and to stick to what we’ve learnt.”

For the players in the Sweden squad to watch? The goalkeeper laughed coyly, saying she shouldn’t give that information away before relenting and naming Fridolina Rolfö and Lina Hurtig.

Rolfö, “Having played well for Bayern this season,” with Hurtig her dark horse who could, “prove to be crucial as she can make a difference to every game.”

In addition, Lindahl is aware that the more experienced players will have a key role to play in France, too.

“I think us oldies have to show up and show that we still have it and lead the way to make everyone feel comfortable to do their thing,” she said.

For a team that has been an ever-present at the tournament, World Cup glory has consistently eluded the Swedes, with their only final in 2003, a World Cup win possibly overdue for Blågult. One of three Swedish players to have featured at the last three tournaments (along with Caroline Seger and Nilla Fischer), Lindahl feels fate may yet play a part this summer.

“It almost feels written in the stars that us older players should have the chance of celebrating something so unique together and there must be a reason we all came together when we were so young and we’re all still here and still together. It feels like it’s meant to be,” Lindahl said.

Trying to remain realistic, Lindahl isn’t letting herself get carried away but notes with a clear mind that she has experienced good performances with the current crop of players and the team receptive to their new coach.

Fresh Face at the Helm

Although the team will have plenty of “oldies” who’ve been there and done it before at major tournaments, one of the notable fresher faces is head coach Peter Gerhardsson. The 59-year-old is markedly different to his predecessor, Pia Sundhage, and Lindahl notes the change of management has had a positive impact on the squad.

“The players are seen and heard in another way than under Pia; this is more about each individual able to be themselves and communicate in a way they feel comfortable. That in itself is going to raise the level of performances because people are going to be confident and feel safe to perform on the world stage,” she said. “It’s a real strong sense of security in what we’re doing and what our identity is and how we’re approaching each game.”

However, Gerhardsson’s lack of tournament experience might yet tell as she recalls the Olympic quarterfinal against the U.S.. While Sundhage has been there and done it before, the former coach was, “used to inspiring world-class players and getting the best [out of them].” And when it came to the clash with the U.S., “Pia knew what to say to get us all on the same page for the match.”

[dropcap]T[/dropcap]his could yet be where Gerhardsson falls down — unlike double Olympic gold-medal winner Sundhage, he hasn’t been there and done it before.

Yet, Lindahl can’t shake the good feeling she has about the team heading into the tournament.

Lindahl and the Swedish National Team open up Group DEplay against Chile on June 11 in Rennes.