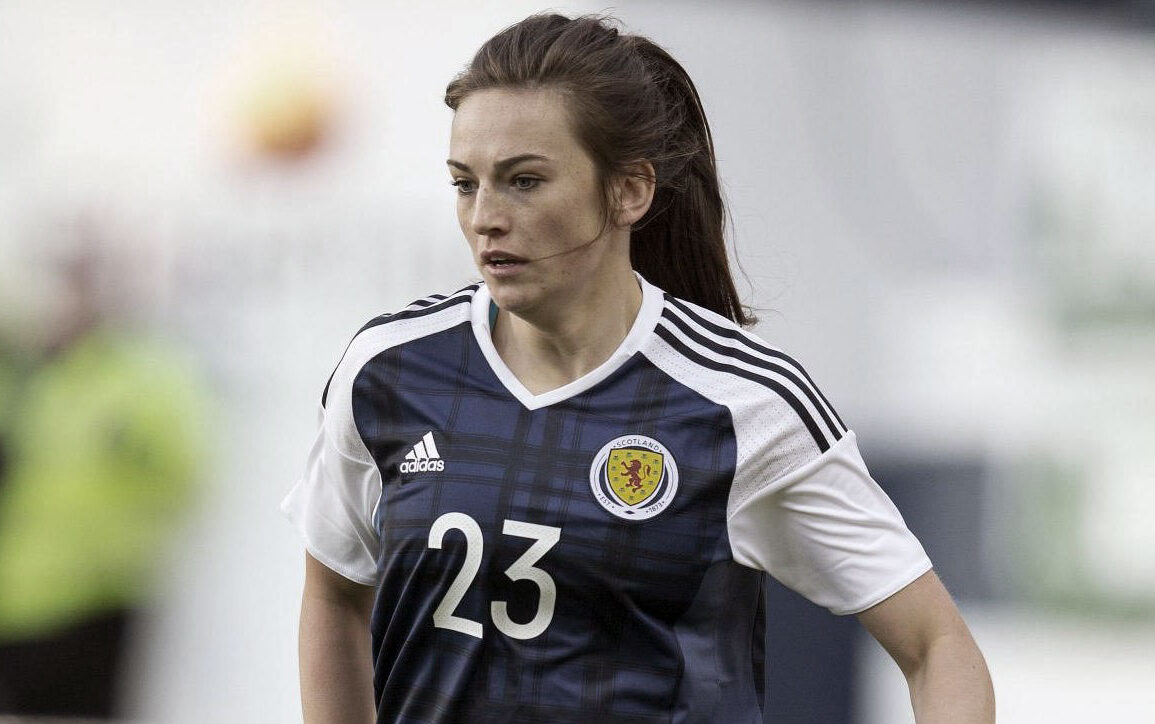 Getty Images
[dropcap]S[/dropcap]cotland makes its Women’s World Cup debut in France 2019. Also making her debut on the biggest stage in football is defender Chloe Arthur. The 24-year-old plays her club football at Birmingham City in the FA Women’s Super League.

Here, Richard Laverty caught up with Arthur ahead of the tournament to discuss about Scotland’s opening match against England and the players on the team who will make the biggest impact on the tournament.

Richard Laverty: Does the feeling now feel different to the Euros now that you have experience under your belt?

Chloe Arthur: I think probably a bit of both. Just hearing those words that we’re going to the World Cup is amazing and the excitement comes across all of us as players, even the manager and the fans.

The opening game is against England and it’s going to be such a fantastic experience, especially playing against rivals as such. For the fans, that game is going to top the tournament off for them.

Experience-wise, we’ve learned a lot from the Euros and another major tournament is another massive thing for us as a team. Getting the competitive games we have done has been really important; we’ve played Chile, Brazil, Denmark, Iceland and the USA, and ultimately before a World Cup you need to play these big games to see where you stand.

I’d say we’ve learned a lot and can take experience from that. It’s good to have tournament experience going into an even bigger tournament.

Laverty: What are you looking forward to most about the tournament?

Arthur: It’s just going to be something out of this world. We’re being told it’s going to be nothing you can even imagine. We can’t compare it to anything because we’ve never been on that stage or that platform before.

Just even going there, the flight will be so exciting and I hope it all gives us a boost going into the games because it’s going to be a fantastic experience. There’s going to be a mix of emotions but we can’t let that take over. It will be a historical moment, playing England, hopefully it’s not another 6-0 again!

Laverty: What was your reaction to the group?

Arthur: England is the only team we’ve played and we’ve had a lot of changes since 2017. It will be a very different game this time around; it was actually a shock to get them in the first game again, nobody really expected that.

No matter what group we were in, it would be tough, there was nobody you looked at and thought “We’d take them.” It will be interesting because a lot of our girls play in England so we know a lot of their players and they know a lot of ours.

It will be a completely different experience, a different atmosphere, and it will be really exciting.

Arthur: We still think about it but we also know a lot of things have changed and that didn’t represent us very well as a team and what we can do. We’ll use it to our advantage. We had players missing and nobody expected that result, but maybe people are now expecting us to get beat again and we’ll be considered underdogs. We’ve proven in this preparation phase we can compete, we’ve moved on from that, we’ve learned, and we’re completely focused on this game now because it will be completely different.

Laverty: You’ve got your own kits, you’ve played at Hampden Park, it’s an exciting time now, isn’t it?

Arthur: Getting our own strip is great for young girls growing up who know they can go out and get their own kit. There’s more equality now, we’re respected more, not just as a team but as a sport. We’re getting more recognition for what we do and that’s what we want because we work just as hard as the men.

Laverty: It must be a big tick in the box for Scotland’s development, too, given how many exciting young players are playing for top clubs?

Arthur: Erin [Cuthbert] has been a key player for us and she’s really come on the last 18 months or so. She’s proving how good she is at such a young age and it’s exciting for us because you want these players to be role models and for young girls to grow up and see they can do the same thing.

There’s a lot of good young players coming through for such a small country! We’ve got a strong squad and the girls are playing full-time which is ideal because they don’t have to juggle their jobs, they can fully focus and that’s a big change in comparison to the Euros for a lot of the girls.

Laverty: It almost feels like it’s a whole new team in terms of where you are — a new coach, full-time players, and et cetera?

Arthur: We had positive points back then. Anna [Signeul, former head coach of Scotland] did so much for the squad in the time she was there but we just needed a change, I guess. The young players have cemented their place in the squad. When we played Denmark, we made 10 changes so there’s chances for all the players to prove what they can do and it shows the depth we have.

We’re really comfortable as a squad. We’ve got a passionate coach leading us, we’ve got players back fit, and fingers crossed, everyone stays fit for the tournament.

Laverty: Is there a particular team or player you’re looking forward to come up against?

Arthur: I can’t say I know enough about all the teams or players out there, there’s nobody on my mind who I’d like to play against, I just want to get selected to play! Whoever we play and whoever I’m up against it will be tough, it will be exciting, and any player I come up against I want to come out and say I played against these players and what it was like.

Laverty: What do Scotland have to do to get out of the group?

Arthur: We have to take it one game at a time. Nobody wants to lose a game but if you try and focus on games in the future it takes your focus off the first game against England. When you’re on camp you solely focus on the game that is coming up. You don’t have a lot of time between games but we have enough to focus on England and then once they’re out of the way, Japan, and then Argentina.

We’ll do all our research before we get there. Some players want to know every detail, some players are happy to go in knowing the basics, so there’s a balance.

Laverty: For people who don’t know much about the Scotland team, who is the one to watch?

I hope we can all cause a surprise and all bring different things to the team, that’s what we’ll be hoping to do and getting some results [out] of these countries.

Arthur and the rest of the Scotland National Team open up Group D play against England on June 9 in Nice.