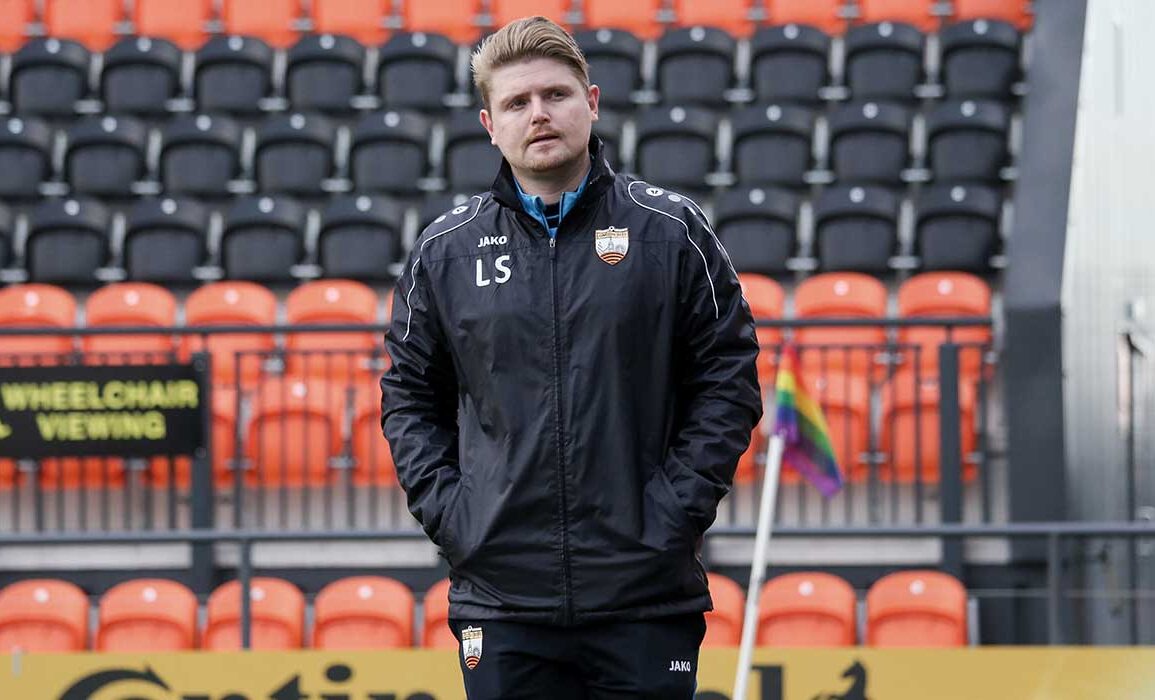 London Bees manager Luke Swindlehurst says he thought his managerial career was over as he tried to cope with the death of 18-year-old footballer Zoe Tynan when he was in charge of AFC Fylde.

Tynan had joined the FA Women’s Premier League club on a dual contract after making her debut for Manchester City earlier that year, but just weeks after playing her first game on the west coast Tynan took her own life on Tuesday, August 30, 2016.

Swindlehurst, who had brought Tynan to Fylde shortly before her death, talks for the first time about the impact Tynan’s death had on himself, his players, and the wider football community.

“I got a call at about 7p.m. on the Tuesday night from her agent,” he recalled. “It’s hard to describe, it was the most difficult period for everybody but in terms of management you can’t imagine a worse scenario than getting a phone call from the player’s agent telling you she’s not with us anymore.

“It was 10 minutes before training and you have to go into a room full of players and development players and tell them one of our girls is no longer with us. We were literally about to go out on the pitch and I had to call them back in, tell them training was cancelled, and explain what had happened. There was just devastation. We had to deal with our players getting their heads around it because it was a tough time. We tried to roll up our sleeves but the next couple of months it was difficult to do anything but think about Zoe.”

Tynan had come through the ranks at Everton and her talent was enough to be signed by Manchester City, where she got a brief chance in the first team at the start of 2016 before going out to Fylde to play games for the rest of the season.

Just weeks before her death she’d been in an England Under-19 camp with Mo Marley and was seen as a bright talent within the game.

Swindlehurst exhales and takes a deep breath before explaining how hard it became over the next weeks and months to come to terms with what had happened.

“You can’t quite describe how hard it was for everyone,” he said. “There were times I thought my time as a manager was done because I just couldn’t get my head around it. I was angry, I couldn’t concentrate. You’re still trying to be a strong figure for the parents. I spoke at the funeral, which was really difficult but it was a request of the family.

“You have to do your best for the family. We made sure we looked after Zoe’s parents and her sister and tried to protect them from the press trying to get in and ask questions, get to the bottom of why an 18-year-old girl just out of an England camp would take her own life.”

He added, “It was hard for her parents. They had people knocking on the door trying to find out what happened and they were still processing their little girl wasn’t there anymore.

“But a lot of people were there to help. Mo was brilliant, Everton and Manchester City were involved because they were her previous clubs, and they all supported and helped.”

For Swindlehurst, the demons didn’t go away as he tried to return to normality and continue to balance his job at Fylde with his role as Head of Football at a local college.

“I was going into work and my head was all over the place,” he admitted. “I was getting angry for no reason, I was just frustrated, and I didn’t know how to deal with it. I was spending a lot of time trying to make everyone else feel better.

“Silly little things ended up being more than it was just because I was frustrated. You start playing things through in your mind. She’d been on the bench the week before, if she starts the game is she happier? She was going to start the following week but I didn’t tell her. If I’d told her on the bus on the way home, would it have been any different? They’re the kind of things that swirl around in your head.”

The football community as a whole soon rallied around. All three FA WSL games on the Thursday night, just 24 hours after Tynan’s death had been confirmed, held moments of silences for a minute while the emotion was palpable at Manchester City’s Continental Cup semifinal against Arsenal on the Sunday.

Fylde also got on with the season, playing just days after the death of their friend and teammate in a show of solidarity.

“I think that sapped all the energy out of the players. The game wasn’t about football, it was about Zoe. The fans did a minute’s applause in the 19th minute because that was Zoe’s number; every game we got reminded of Zoe.

“I still couldn’t get my head around it. A player who was so full of life found herself in a situation where she felt she had to take her own life. Nobody knew, it was frightening.

“She played at the weekend, would have been training on the Tuesday but she never got as far as the training ground. You wonder why you didn’t notice but when somebody’s smiling it’s hard to understand what’s happening inside.”

A little more than two years after Tynan’s death, the memories haven’t gone away but Swindlehurst has moved on and is now manager of London Bees in the FA Women’s Championship.

After a successful first season at the club that saw the team go on a lengthy unbeaten run, solidify their place in the league, and retain a license for the new league this season, Swindlehurst is now focused on the future and where he can take his team.

But luck hasn’t been kind to Swindlehurst and the Bees so far this season with three serious injuries picked up in consecutive games, as well as an injury to star striker Kate Wilkinson last month.

While Wilkinson’s injury isn’t season-ending, center back Danielle Lea tore her ACL before creative talent Paula Howells suffered a complete rupture of her PCL in a recent match against Leicester.

To top things off, Lea’s defensive partner, Rosie Lane, then tore her meniscus last week against Lewes, leaving Swindlehurst with a depleted squad.

“We’ve had a bit of bad luck, it’s a bit of a nightmare but the squad is strong enough to compete with three or four missing,” he said.

“It’s not the end of the world, but in an ideal world those three or four players are in the team. We’ve got more points on the board than we had at this point last season, we just ended the season really well and we have to get on with it, starting against Durham on Sunday.”

Much has been said about the regularity of serious knee injuries in the women’s game not just in England but across the world.

Former England international Claire Rafferty tore her ACL three times while Lucy Staniforth suffered the same injury twice in quick succession a few years ago. England captain Steph Houghton also went through the same rehabilitation process after tearing her ACL when she was younger but Swindlehurst isn’t sure what can be done to stop the chain of serious injuries.

“It’s been in the public eye for quite a while. It happens in both tiers, it happens for England. It’s the nature of the body, the bodies aren’t quite built the same as men. There’s a lot of strength and conditioning you can do but you have to maintain it.

“Two of ours were impact injuries where a player has come through our player’s knee. If it’s a contact injury you can’t do anything.”

But the financial burden of surgery and the fact players not only miss time from football but their job outside of football means a serious, long-term injury brings other issues to the surface.

Many players have had to subsidize their own costs after sustaining a serious injury and current Bees captain Emma Beckett is currently fundraising to find £15,000 to help the three players who have all suffered serious knee injuries.

“At Tier 2 level it puts you in a situation where because it’s not your job it impacts on your ability to work, it has an impact on your life, your income, and hits you psychologically. It is difficult, it’s hard to say what the answer is because it can happen anywhere to anyone but we have to do our best to prevent it.”

Swindlehurst, though, does want to explore every avenue with the league and whoever else wants to talk to ensure players get the best support possible and help them both physically and mentally through a tough time.

“If the worst case does happen what can we do from a league perspective?” he asked. “Do we get the FA to help with the right kind of cover, can the PFA extend medical support to Tier 2? There’s a lot of questions to be asked around it.

“More support is needed in Tier 2 than Tier 1 because the finances are different at that level and the clubs don’t have the resources in our league. It doesn’t need to be one sacrificed for the other, can it not just be extended and have equal parity? That shouldn’t be so much of an issue.”