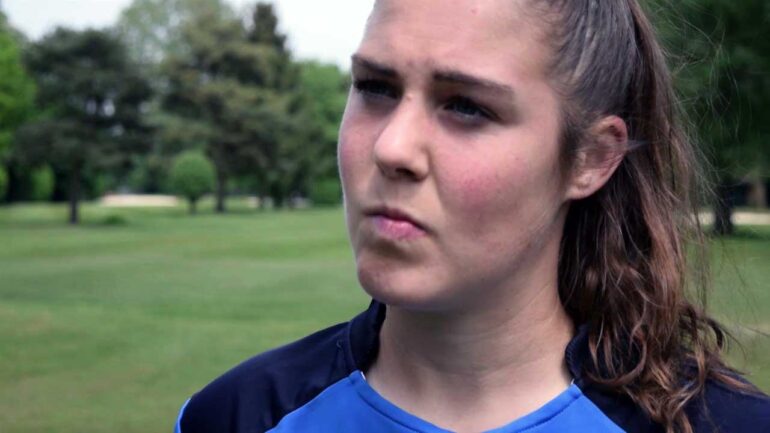 Phil Neville’s England side were taking part in an open training session prior to its World Cup qualifier against Russia when news filtered through that one of his goalkeepers — Reading’s Mary Earps — would be announced as a VfL Wolfsburg player.

It’s an incredible move for a player who has spent her career in the mid-table of the FA Women’s Super League (FA WSL) and is now suddenly propelled into a club where the expectation is huge.

The 25-year-old is joining one of the biggest clubs in Europe and will be competing for a spot with Germany’s No. 1 Almuth Schult. Earps will also be training daily alongside Nilla Fischer, Pernille Harder, Alex Popp, and a whole host of other stars from the women’s game.

The move is also set to spark plenty of movement in the FA WSL. While clubs such as Manchester United and West Ham United are tasked with building squads from the top down, Earps’ move now leaves Reading needing a new goalkeeper, a boat shared by Liverpool after the departure of Siobhan Chamberlain.

Chelsea will also be in the market for a new keeper to offer competition to Hedvig Lindahl and Carly Telford with Becky Spencer and Fran Kitching set to depart for new clubs soon.

Arsenal are also expecting to be in the market for a new goalkeeper with current number two Anna Moorhouse likely on the move while Bristol City is waiting to hear if Sophie Baggaley will stay at the club.

Manager-less City have an option on Baggaley, which was implemented as part of the deal that took Hayley Ladd to Birmingham City, and Everton will also be looking for a new goalkeeper with Lizzie Durack on the move.

More clubs could be sparked into action depending on circumstance. Manchester City are hoping Karen Bardsley won’t request a move away in order to guarantee herself first-team football ahead of the World Cup with her place under threat from 18-year-old Ellie Roebuck.

What Earps’ move away also does is leave England head coach Phil Neville no closer to knowing who his three goalkeepers will be should the Lionesses qualify for next year’s World Cup, let alone anyone holding down the No. 1 spot.

Earps was the only one of Neville’s current three goalkeepers set in stone as their club’s No. 1 but her departure to Wolfsburg leaves open the possibility that she will sit on the bench alongside Bardsley and Telford come August.

Whoever lines up for Nick Cushing’s Man City side on September 9 may go a long way to having a say in who Neville picks next summer. Cushing’s preference sways toward the younger Roebuck due to the teenager’s composure on the ball and ability to pass out from the back, something lacking from Bardsley’s game.

What Bardsley has in her favor is when the domestic season kicks off with the Continental Cup on August 18-19, Roebuck will likely be in France competing in the U-20 World Cup and will have a chance to establish herself as City’s No. 1.

With Telford and Earps competing with Lindahl and Schult, respectively, there’s a door of opportunity for other goalkeepers around the league.

Siobhan Chamberlain has dropped out of the reckoning for her country and while a heavily-rumored move to Manchester United may help her play regularly next season, second tier football might not be enough to get her back in Neville’s plans.

Baggaley will also be looking at what opportunities lay ahead for her while Yeovil’s Megan Walsh will surely put herself in the reckoning if she’s as impressive as she has been at times this season.

A dark horse is potentially Becky Spencer. An undoubtedly talented goalkeeper at Birmingham City, Spencer has found opportunities limited at Chelsea but is set to be the No. 1 between the sticks for her new club for the coming season.

Whatever plays out over the next 12 months, the England goalkeeper situation is nowhere near as clear-cut as it was when Mark Sampson took the Lionesses to Canada four years ago. On that occasion, the final three were the most predictable part of Sampson’s 23.