Analysis: Largely Positive First Tourney for Neville Ends in Disappointment after England Falls to the U.S. in SheBelieves Cup 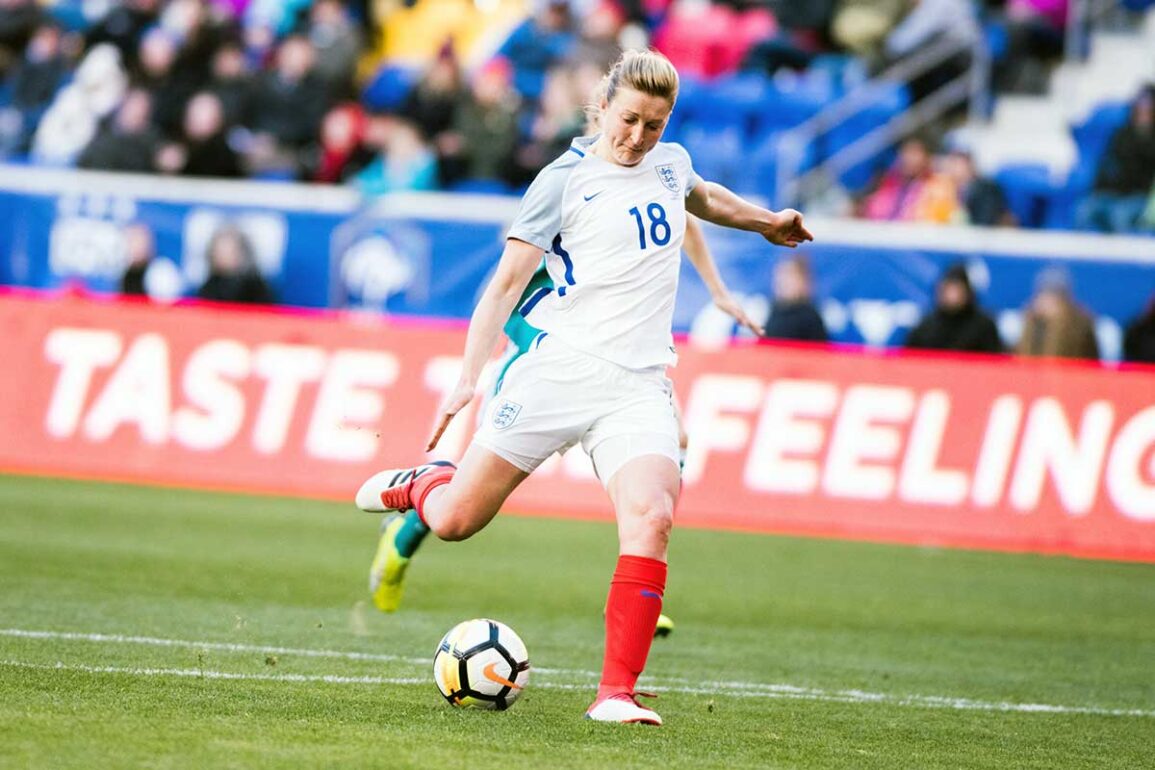 A largely positive first tournament for Phil Neville ended in disappointment as England fell, 0-1, to the United States in the final of the 2018 SheBelieves Cup, a result that saw the hosts win back their own tournament while leaving the Lionesses once again to wonder what might have been.

It was a best-finish of second for Neville’s side and they could easily have walked away with the trophy on another day, but it would be hard to argue the United States didn’t have the best of the encounter.

Given the one major negative that has followed England around throughout the tournament like the Grim Reaper, it wasn’t a huge surprise that the final blow came once again through a defensive error, though it was hard not to feel sorry for Millie Bright.

After two own goals in the first two games — of which neither you could blame the Chelsea defender for — it was a moment Bright will want to forget that did in the Lionesses, although the goal appeared to officially be awarded to returning goalkeeper Karen Bardsley.

The error had been coming all game and it was just a case of who it came from. With three defenders and a goalkeeper who spent three years playing together at Manchester City, England rather looked like a team whose defenders only met each other in the airport lounge last week.

There was bad luck at the other end, too; Ellen White will wonder how she didn’t score the equalizer to frustrate the U.S. for a second year in a row when she headed onto the post from six yards with less than five minutes to go.

Individually, England’s back four did little wrong. Demi Stokes was her usual self down the left while Abbie McManus was probably their best performer throughout the 90 minutes. There were some scary moments, such as Stokes and McManus colliding or Bronze failing to control a Bardsley pass and allowing the U.S. a shot at goal.

When Bright stuck out a foot to push Megan Rapinoe’s cross past the helpless Bardsley, it laid bare the main issue Neville has to solve ahead of next month’s World Cup qualifier against Wales. The new head coach will hope captain Steph Houghton is ready to return to bring the leadership and calmness that England missed during SheBelieves.

You could argue there are still problems to solve in midfield, too, with Neville once again preferring a bold midfield two against the U.S.’s three with Fran Kirby again in the No. 10 role. Keira Walsh was given almost sole defensive responsibility with the creative Izzy Christiansen preferred to Jill Scott, but the 20-year-old struggled at times against the U.S. press and Christiansen played so deep it stifled all the quality she showed off the bench against Germany.

Neville seems set on using Kirby in the same role Mark Sampson did toward the end of his tenure. Although an undoubtedly quality player with a big role to play in the squad, England’s midfield has lacked balance and protection to the defense in the current system with the move.

Kirby’s presence in the role behind the striker wasn’t the only throwback to Sampson’s time in charge as the U.S.’s intense high press forced England into long balls during the first half and ensured they couldn’t get the ball down and play as they did in their previous two matches.

It also meant the front three of Mel Lawley, Ellen White, and Jodie Taylor saw little of the ball; Lawley and Taylor were both hooked after just 50 minutes in favor of Toni Duggan and Nikita Parris. It wouldn’t be fair to judge anyone off a game against the world’s No. 1-ranked team and one that knows how to grind out a result better than anyone, but Neville will have been disappointed his team at times reverted to type when under pressure.

There’s certainly plenty to work with and it was a better and brighter tournament than many would have feared going into a tournament with a head coach unfamiliar with the women’s game. Every area of the field has promise moving forward but all continue to have their teething problems, which shouldn’t be a huge surprise when beginning to deal with a turnover of players going out of the squad and being replaced by the next generation.

Walsh will in time learn to deal with the higher intensity of international football at the top level. England lacked key personnel at the heart of their defense throughout the whole tournament. As well as their captain, England also missed their influential vice-captain Jordan Nobbs, who was also unavailable for the duration of the competition.

England has a potential midfield trio that has flourished for several years at club level but it remains to be seen if Neville will compromise on his 4-2-3-1 system and revert to a safer 4-3-3.

There’s also the elephant in the room, captain for the tournament Lucy Bronze. Whether the Lyon right back felt the need to take on more defensive responsibility as captain of her team or not, you could count on one hand the amount of times Bronze popped up on the edge of the opposition box throughout the three games.

On the other side, left back Demi Stokes appeared to get forward at every opportunity. Whether part of Neville’s game plan or a conscious change of approach from Bronze, supporters will want to see Bronze back to her old marauding self because it’s what makes her such a good all-around fullback.

All in all, an impressive start to life for Neville, who showed he’s adapting well and has a team very much capable of challenging the world’s best. He’ll have learned big lessons from this tournament, but there are some definite tweaks to be had by the time the next big game comes around.

As an aside, congratulations to Hannah Blundell, who made her Lionesses debut in the closing stages of the game.