Millie Turner, Bristol City Aim to Bounce Back against Yeovil after Chelsea Loss 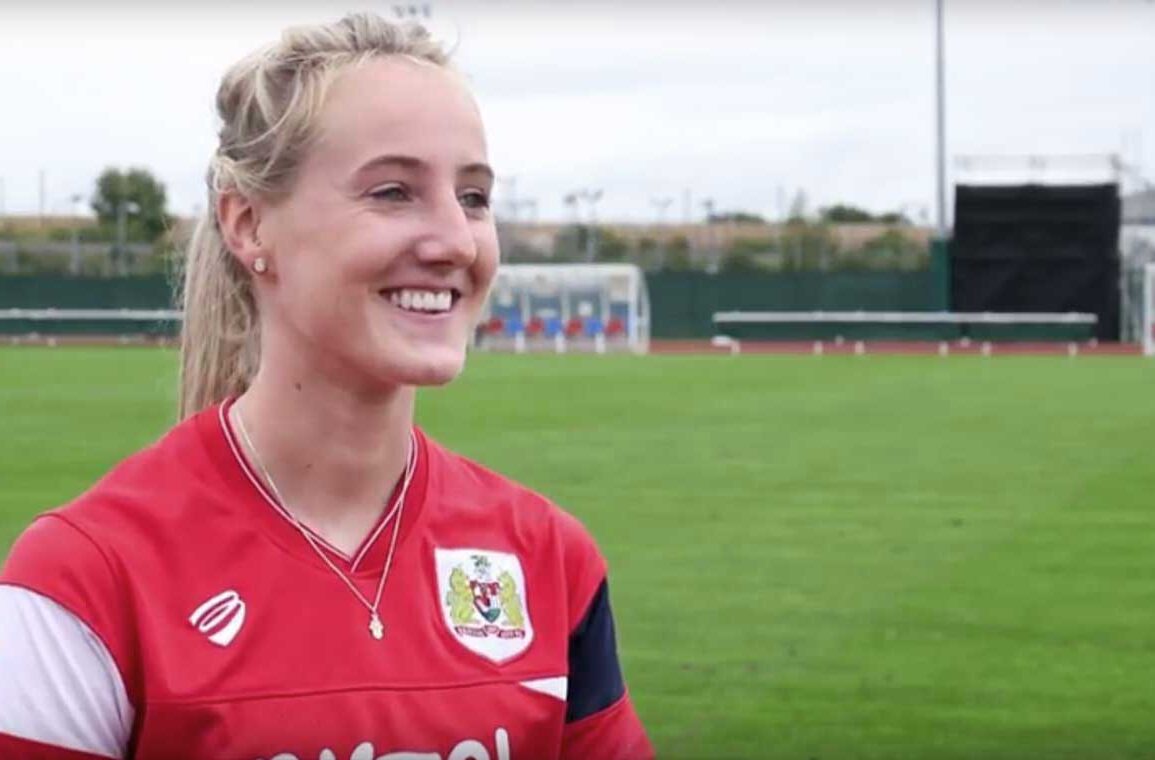 Bristol City may have been on the receiving end of a 0-6 thumping at the hands of Chelsea on opening weekend in the FA Women’s Super League, but young defender Millie Turner isn’t allowing the defeat to dampen the mood ahead of this weekend’s match against Yeovil.

It’s the closest match either have to a derby, with 67 kilometers (or roughly 42 miles) separating the two teams and the matchup could have been viewed by many as a potential early-season relegation six-pointer, had the FA not announced impending changes to the structure of the league for the 2018/19 season.

Either way, Turner, formerly of Manchester United and Everton, is looking forward to the occasion.

“The Chelsea result was difficult for everyone, especially when you’ve worked so hard over preseason,” she said.

“To end up with a result like that is disappointing, but we’ve had a chat about it this week and we’ll bounce back — this is the perfect game to do it in.”

Both Bristol, under Scottish manager Willie Kirk, and Yeovil, led by Welshman Jamie Sherwood, came up to FA WSL 1 after promotion from the second tier last season, the latter sealing promotion with a dramatic win over Turner’s then side Everton.

Trailing 3-1 with 5 minutes to go, a late goal got Everton back in the game, only for Bristol goalkeeper Caitlin Leach to save a stoppage-time penalty from Claudia Walker, sending Bristol into the top division.

“It was a very difficult decision to leave Everton,” said Turner. “I’d been at Everton four years so it was a tough way for me to leave, but personally I felt I needed a fresh start, I felt I was getting a bit stale at Everton.”

While Everton have found themselves propelled into FA WSL 1 due to Notts County folding before the Spring Series, Bristol and Yeovil got the benefit of using the eight-game series to bed themselves in to the top tier, an experience Turner describes as “massive.”

“We’re all learning every week because we have a lot of new players, the Spring Series helped us a lot.

“We’d have been going in blind if not for that and it was really important to know where we are and it’s helped us build the squad up together.”

Bristol’s only win in the Spring Series came against rivals Yeovil, but the experience counted for little when Chelsea put six past them last Sunday.

But Turner admits it’s been a little easier to move on and the squad accept games like Chelsea won’t define their 2017/18 campaign.

“It is a bit easier to move on from,” said the England U-23 defender. “Yeovil, Sunderland, et cetera are the games we’ll be really looking to get results from but we did genuinely believe we could get a result at Chelsea.

“We’ll look back and take the positives, what we need to improve on but we played good football, knocked it about well, and created good chances. If you’re doing that against the best team in the country then I’m sure we’ll be all right in the other games.”

On what she learned on a personal level, Turner added, “You’re playing against players who have won major honors and played at World Cups, we’re bringing on kids from the bench. We’re all learning every single game.”

One bright spot was the continued emergence of young England striker Lauren Hemp. The 17-year-old was recently voted England’s Young Player of the Year and caused a number of issues for Chelsea’s top-class defenders during the encounter.

“Hempo is a great player,” said Turner. “She’s very exciting and she’s definitely one for the future. She’s been on fire and not stopped scoring in training, so without giving too much away, we’ll definitely be looking to get her on the ball!”

Away from the match, Turner also received a personal boost earlier this month when Kirk handed her the club captaincy after Hayley Ladd, the club’s previous captain, departed for Birmingham City.

Turner describes the decision to hand the armband to her as an “honor.” “I never expected the captaincy to be honest, but I’m honored it’s happened. I think I’ve improved massively and I’m happy playing football again.

“The environment and coaching has been great, it’s a great place to be and it’s proven to be a great move for me.”