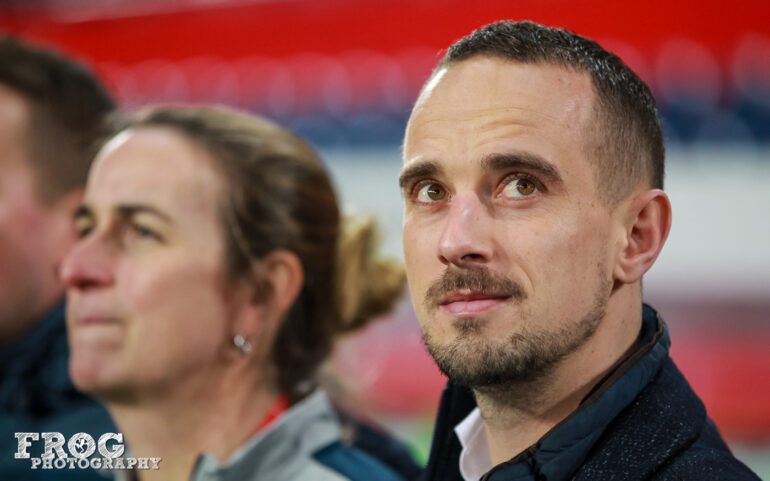 Mark Sampson does have a habit for picking his moments. Two years ago, England chose the perfect moment to end a 31-year winless run against Germany to pick up a historic bronze medal at the 2015 World Cup in Canada.

Against Olivier Echouafni’s France in the Euro 2017 quarterfinals, Sampson and his squad faced an even tougher record. It had been 43 years since England had defeated the country at the other end of the Channel Tunnel, but what better time to end yet another unwanted record?

Since their defeat to France at the World Cup, England had tried and failed — three times — to end that record before another inevitable clash in the Netherlands: a 0-0 draw and a 2-1 defeat in the 2016 and 2017 SheBelieves Cups, respectively, plus another 0-0 draw last year in Doncaster.

In the quarterfinal match on Sunday, it was the fourth time in four major tournaments that the two sides had faced each other, with England losing the last two without scoring and the 2011 World Cup quarterfinal on a heartbreaking penalty shootout defeat.

Sampson has often towed the line between confidence and arrogance, and I was critical of his response to Echouafni’s pre-match comments about England. Sampson turned the discussion into a personal one and went as far to say England didn’t need to be at their best to beat Echouafni’s side.

Nobody knew at the time whether he was wrong or right, but it was an unnecessary comment which would have brought the Welshman much ridicule had the 43-year-old record been extended once more.

But to be arrogant, you have to be confident in following up your comments with results. Cristiano Ronaldo is arrogant, but he can justify it. So can Lewis Hamilton, and Roger Federer, and so on.

As it turned out, England did need to be at their best; France often had the better of possession and got into some good positions, particularly in the first half of the match. But key performances stood out for England, Steph Houghton and Millie Bright were brilliant (again) in defense, while Jade Moore played it perfectly in the middle.

Jodie Taylor once again led the line superbly and has brought a clinical side to an England team that has been anything but for the two years since the World Cup.

Although he’s always batted away the suggestions of England’s goal-scoring issues, it was the number one talking point for many over the past two years. Whether it was the SheBelieves Cup, the early 2017 camp in La Manga, or frustrating qualifiers against the likes of Bosnia-Herzegovina and Belgium, England looked devoid of creativity and the ability to put the ball in the back of the net.

But there were glaring issues which might have been found out on another day and poses Sampson a selection problem ahead of Thursday night’s game against the hosts. He’ll have to make at least two enforced changes, injured Karen Bardsley won’t play again but the bigger question mark comes with who replaces the suspended Jill Scott?

Scott was lucky to escape with just a caution for her rash challenge on Sunday night; not the kind of thing you expect to see from one of your most experienced heads on the big stage. Izzy Christiansen will perhaps be the most obvious choice, but there’s an argument she should replace Fran Kirby instead.

Kirby’s done little wrong in terms of performance, her link-up play and finishing has been much missed during her injury nightmare, and she showed what England had been missing out on against both Scotland and Spain.

But when England reverted to type against France, Kirby looked like she was lost in the system. Long ball after long ball was played up to Taylor and Ellen White while Kirby was busy coming deep looking for the ball to feet.

The Netherlands have at times shown that long balls in behind is their key defensive issue. Taylor herself exposed that weakness in last year’s friendly and Stina Blackstenius caused endless problems doing the same thing in Sweden’s quarterfinal defeat last weekend.

If England employs similar attacking tactics against Sarina Wiegman’s side, it’s hard to see the necessity for Kirby. If Christiansen takes her spot, she’s more likely to sit in a midfield three, which won’t just allow her to dictate the game more from a deeper position but also help to nullify the threat the Netherlands has in players like Jackie Groenen and Daniëlle van de Donk.

That would leave the experienced Fara Williams as an option to replace Scott, but it’s unlikely Sampson will want to make too many changes to a winning formula, even if weaknesses are showing in one or two positions.

Plus, Kirby has the ability to make something out of nothing and her absence has been felt for far too long coming into the tournament. Is it too simplistic to suggest England’s struggle for goals over the last two years has been down to long-term injuries for both Kirby and Taylor? Perhaps, but both have played a key part in England’s form so far this tournament.

England’s other issue against France came down the flanks. Quite often France were able to get down the left hand side of England’s defense and Sampson will be wary of that given the pace and trickery of Shanice van de Sanden on the Netherlands’ right-hand side. Lucy Bronze will have to be equally alert given Lieke Martens is potentially the player of the tournament so far.

Sampson has made bold calls throughout his tenure, none more so than announcing his squad for the tournament in what now feels like an eternity ago. It’s a decision that for now he has more than justified, but Thursday will be make-or-break as England looks to reach Sunday’s showpiece final against either Denmark or Austria, both teams England has defeated over the past few months.

It will be the same message Sampson has reiterated in every interview and press conference lately: “Find a way to win.”