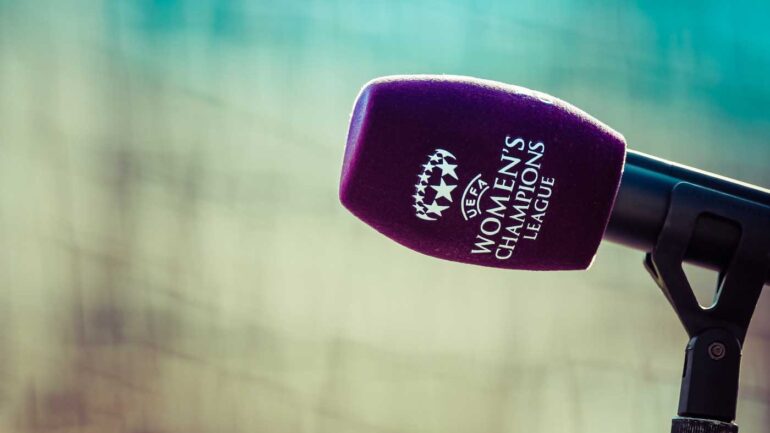 Ahead of the UEFA Women’s Champions League Final between Olympique Lyon and Paris Saint-Germain, Richard Laverty takes a quick look at how each team is approaching the all-French final.

Olympique Lyon have now asserted themselves as the dominate side in European football, winning three of the last six UEFA Women’s Champions League finals and aiming to become the first side to win it twice in a row for the second time in Cardiff, Wales, on Thursday.

In Gérard Prêcheur’s last match in charge before stepping down as manager, Lyon will face their French rivals Paris Saint-Germain in the first meeting between two teams from the same country since the tournament took on the Champions League tag in 2010.

And Prêcheur, who will be replaced by Reynald Pedros for next season, is determined to go out on a high.

“Of course, we always want to win,” said the manager. “You could ask Rafael Nadal if he wants to win the French Open again and he would want to. You always want to win, we could have two consecutive trebles which has never happened so there is always motivation.”

Prêcheur criticized PSG’s football after the recent French Cup final, but added that their opponents will not be easy to overcome.

“When you win a cup final in a penalty shootout with the eighth kick then you can’t assume that this game is going to be easy or to get complacent about it,” he said.

Captain Wendie Renard has played in all five of Lyon’s European Cup finals, winning three, and could make a historic sixth European final appearance on Thursday, along with teammate Sarah Bouhaddi.

But even with such success already behind her, Renard echoed her manager’s sentiments that the fire is still there to go out and win against their rivals on Thursday night.

“Nothing has changed in the way we prepare — we are all ready for this match,” said the center back.

“We’re very proud, it shows how the women’s game is progressing in France that two French teams are here and I hope it will give more strength to our league — it’s not a coincidence there are two French teams in the final.

“We’re competitors, we’re never tired of winning. Whether it be in training or in games for as long as I can claim trophies I will go for it.”

Unlike Renard, German Dzsenifer Marozsán is a relative rookie when it comes to Lyon after joining the club last summer, but the star midfielder has won the Champions League before with FFC Frankfurt.

Despite success in Germany, the 25-year-old is looking forward to her first final with the current champions of Europe.

The past few years have provided a much more strenuous tail for Patrice Lair’s PSG, the French giants have failed to win Europe’s biggest prize, not for the lack of trying.

Despite beating Lyon in 2015, PSG were eventually beaten in the final by a 92nd minute Mandy Islacker goal for Frankfurt, before humiliation followed at the hands of their French rivals last year.

An 8-0 aggregate score including a 7-0 first-leg defeat was the worst result imaginable for the Parisian side, and they’ve played catch-up ever since.

“You have to analyze what happened on the pitch before,” said manager Lair. “We lost 3-0 in the league and we tried to rectify things, we almost made it in the cup final but even if we have a top team on the other side of the pitch, we have to be at our best anyway to win this trophy.

“Lyon are the favorites, it’s probably the best squad in the world but we have our own strengths. If we play like we know we can then we can win it. We’re not afraid, we’re very motivated, and we didn’t expect to be back here so soon.”

A Ligue 1 title and finally conquering Lyon looked possible at times this season, but fielding an ineligible player in their first game of the season against Albi saw them deducted a point before their campaign hit the rails.

Finishing the season behind both Gérard Prêcheur’s side and the impressive Montpellier, PSG now need to beat Lyon to qualify for next season’s tournament.

Coming up against her former side, Costa Rica midfielder Shirley Cruz says the team couldn’t be more motivated for Thursday’s encounter.

“This is our third big game against Lyon, we showed our strengths and our qualities in the cup final and now it will be down to fine details. We did our job in the cup final; when it goes to penalties it is always fifty-fifty but now we want to bring this trophy back to Paris.

“They know we’re here to win this game so for us it’s just about waiting for this match to start. We saw them celebrating their cup and it hurt us, so we will be ready.”

Revenge couldn’t be any sweeter should it arrive. French Cup final heartbreak followed as PSG missed out on finally getting one over on Lyon, only to come out on the wrong end of a tense penalty shootout just several weeks ago.

“We worked very hard to make it to the final this year,” said goalkeeper Katarzyna Kiedrzynek. “All the girls have upped their game and we’ve reached a higher level. We’re stronger than two years ago, maybe then we weren’t ready to win it but I think we are now.

“We wanted to win that cup but it wasn’t our day, we saw how happy Lyon were but I left the pitch proud of what we’d done. We stayed together after the game, we never gave in, and I think in this final we’ll be able to show which team is stronger and which team plays together.”