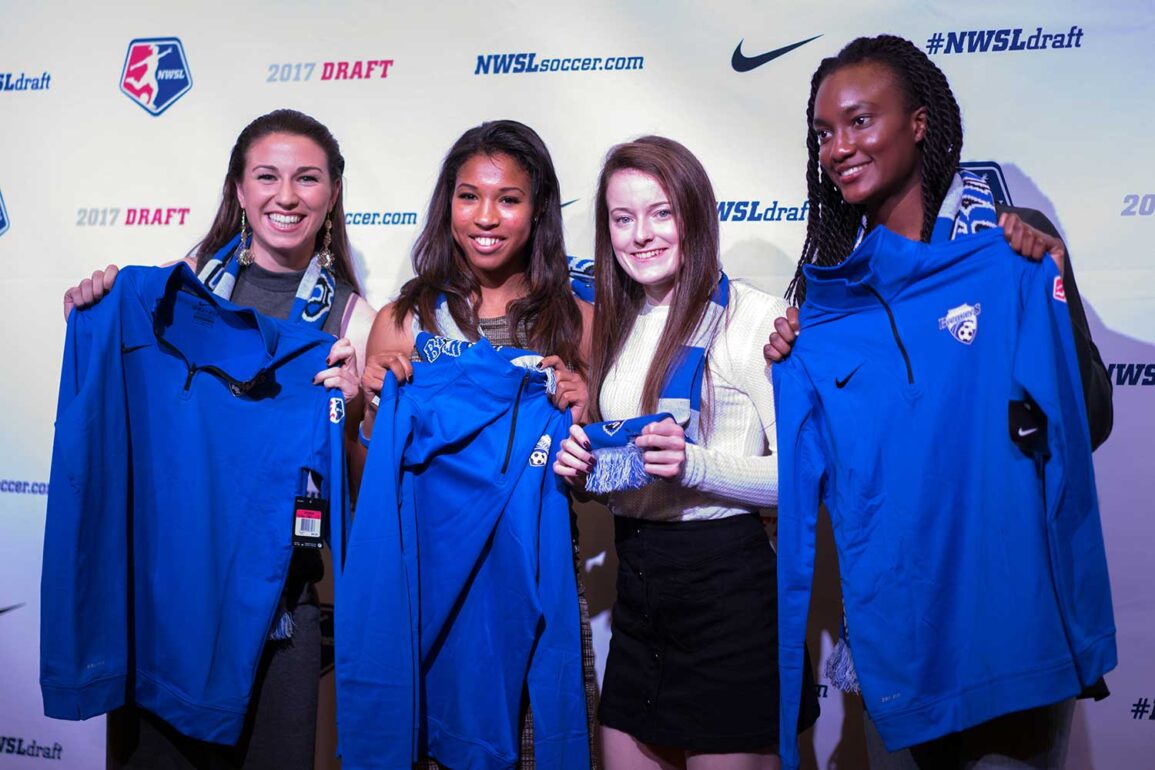 The Boston Breakers had six picks in the 2017 National Women’s Soccer League (NWSL) College Draft. Below is a brief overview of the team’s picks and video reaction from Rose Lavelle and Morgan Andrews.

Before the draft, the Breakers hinted at possibly pulling off some surprises with their draft strategy. They took Rose Lavelle at No. 1 and gambled by leaving Morgan Andrews on the board for a pick. It worked with North Carolina Courage taking Ashley Hatch at No. 2. In Lavelle and Andrews, head coach Matt Beard’s side picked up two of the most dynamic midfielders on the table. Lavelle is a creative player who can slide into the midfield and take players on while Andrews is just as creative, but can sit a little deeper in the midfield and pull the strings from there.

Midge Purce is a great local product from Harvard; in addition to her technical abilities, she has good pace in wide areas and knows where and when to drift into dangerous areas in the box. Additionally, Ifeoma Onumonu and Hayley Dowd bring diverse skills to the team up front, and goalkeeper Sammy Jo Prudhomme can challenge for key minutes right out of the gate after showing great poise and awareness in the NCAA College Cup.

The Breakers did a fairly good job on Draft Day. Portland Thorns FC head coach Mark Parsons joked in one of his sessions during the NSCAA Convention that Beard had roughly 65 picks to work with in this year’s draft. Drafting two of the top midfielders off the board with the first three picks will always help in rebuilding a team. But I didn’t see them drafting a goalkeeper on the day because they have a pair of keepers already with Abby Smith and Libby Stout, and with roster space so tight, carrying a third goalkeeper is always tricky. The Breakers field a full reserve team in the Women’s Premiere Soccer League (WPSL) so if things don’t work out with Prudhomme in preseason, they can still keep her in the system to develop.

The surprise is the Breakers leaving local product McKenzie Meehan on the board in the fourth round. Prudhomme would still have been available at No. 38 and Meehan has spent the last few seasons in the Breakers College Academy team. Meehan would have fit in nicely with the team and already has an idea for the system but the Breakers misstepped here. Onumonu is another wild card — where will she play? She could feature out wide but the Breakers are fairly set there. Boston still needs to find cover in defense but that can be done through a signing or two and I still feel Beard is not done adding to his team just yet.

Rose Lavelle talks about going at the No. 1 overall spot, and yes, Wilma.

Morgan Andrews talks about the upcoming season after being selected as the No. 3 overall pick.